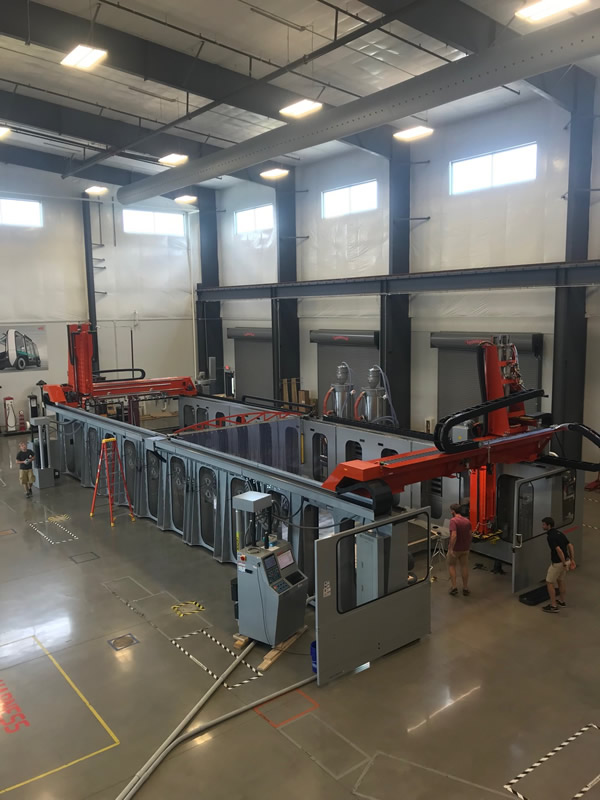 The Thermwood 10’x40′ LSAM at Local Motors. Photo via Thermwood.

The 10’x40′ 3D printer installed by Thermwood will be used to produce Olli, a self-driving electric vehicle. I was able to take a ride on Olli during the 2016 edition of the International Manufacturing Technology Show (IMTS) in Chicago.

Olli is designed to be a safe, sustainable and smart electric vehicle designed for use in a range of environments including neighborhoods, campuses and urban city centers.

Local Motors has previously used the Chicago based event to showcase other 3D printed vehicles including the well-known Strati – a vehicle 3D printed in 44 hours during IMTS 2014. 3D Printing Industry will be at IMTS 2018 and it will be interesting to see if Local Motors bring a new vehicle made on the Thermwood LSAM to the show.

The Strati was 3D printed as a collaboration with Oak Ridge National Laboratory (ORNL) using Big Area Additive Manufacturing (BAAM) technology from Cincinnati Incorporated. Speaking at the time Andrew Jamison, CEO of Cincinnati Incorporated, described how BAAM could be used for production. “The deposition rate of 40 pounds per hour of carbon reinforced ABS plastic and the large size mean that large parts, like a car, can be produced using additive technology.”

Click here to read the full article and to see more photos.