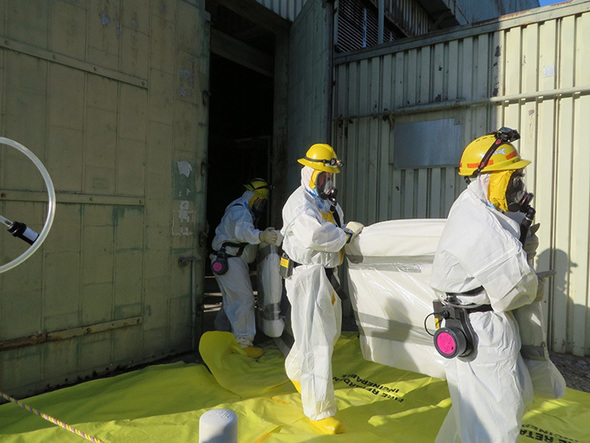 Oak Ridge is home to more than 350 excess facilities totaling more than 6 million square feet, many of which are several decades old, Alan Stokes, associate director for the Planning and Execution Division in Oak Ridge’s EM program, said during a panel discussion last week at the 2017 Waste Management Symposium, held in Phoenix. Stokes also noted that Oak Ridge has more than a quarter of the “higher-risk” excess facilities in the entire DOE inventory.

Several projects are already underway at some of these excess facilities to perform characterization, abate hazards, and stabilize them which will  reduce eventual demolition risks and costs, Stokes said.

One recently completed project was the removal of all combustible materials from the Homogenous Reactor Experiment facility, also known as Building 7500, at ORNL. As a result, the Oak Ridge Office of Environmental Management (OREM) and cleanup contractor URS-CH2M Oak Ridge, LLC (UCOR) were then able to deactivate the heat detection system and eliminate the need for personnel to enter the building to periodically inspect the system and thereby reduce potential risks. 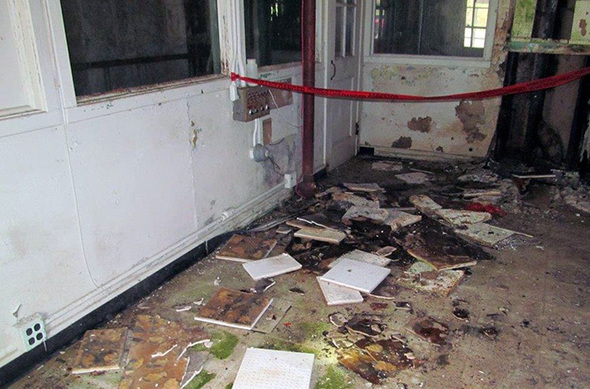 A look at the deteriorated conditions inside the Homogenous Reactor Experiment facility.

At last week’s conference, Ron Slottke, director for Project Services and Support at UCOR, said additional hazards abatement work is planned for this year at Building 7500. This summer efforts to prepare the facility for demolition will take another significant step forward, when workers are set to remove asbestos from the building and drain and grout a portion of the flooded basement.

Building 7500 was constructed in 1951 as a research reactor, and it operated until the 1980s supporting various missions. The 14,695-square foot, three-level structure has degraded throughout the years. The roof is beyond repair and allows water to enter the building which accelerates the structure’s degradation and keeps the basement flooded.

“The projects funded through the Excess Facilities initiative are not only improving safety for the future, but they are also providing immediate benefits,” OREM Acting Manger Jay Mullis told EM Update. “The upcoming work at this facility will further reduce safety and environmental concerns and keep it in a manageable state until it can be demolished.” 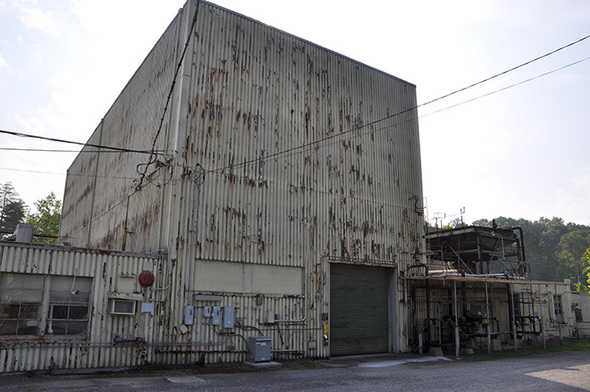 A look at the exterior of the Homogenous Reactor Experiment facility, constructed in 1951.