Why the Big Bang Produced Something Rather than Nothing

Why the Big Bang Produced Something Rather than Nothing 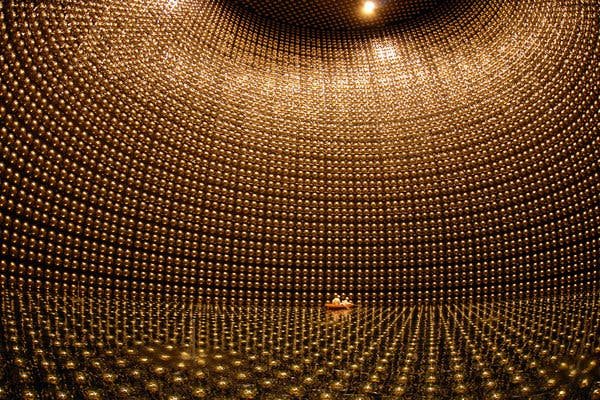 The Super-Kamiokande Neutrino Observatory, located more than 3,000 feet below Mount Ikeno near the city of Hida, Japan.Credit…Kamioka Observatory, Institute for Cosmic Ray Research, University of Tokyo

How did matter gain the edge over antimatter in the early universe? Maybe, just maybe, neutrinos.

Scientists recently announced that they were perhaps one step closer to understanding why the universe contains something rather than nothing.

Part of the blame, or the glory, they say, may belong to the flimsiest, quirkiest and most elusive elements of nature: neutrinos. These ghostly subatomic particles stream from the Big Bang, the sun, exploding stars and other cosmic catastrophes, flooding the universe and slipping through walls and our bodies by the billions every second, like moonlight through a screen door.

Neutrinos are nature’s escape artists. Did they help us slip out of the Big Bang? Perhaps. Recent experiments in Japan have discovered a telltale anomaly in the behavior of neutrinos, and the results suggest that, amid the throes of creation and annihilation in the first moments of the universe, these particles could have tipped the balance between matter and its evil-twin opposite, antimatter.

As a result, a universe that started out with a clean balance sheet — equal amounts of matter and antimatter — wound up with an excess of matter: stars, black holes, oceans and us.