Why Corned Beef Sandwiches — And The Rest Of The Universe — Exist

Why Corned Beef Sandwiches — And The Rest Of The Universe — Exist 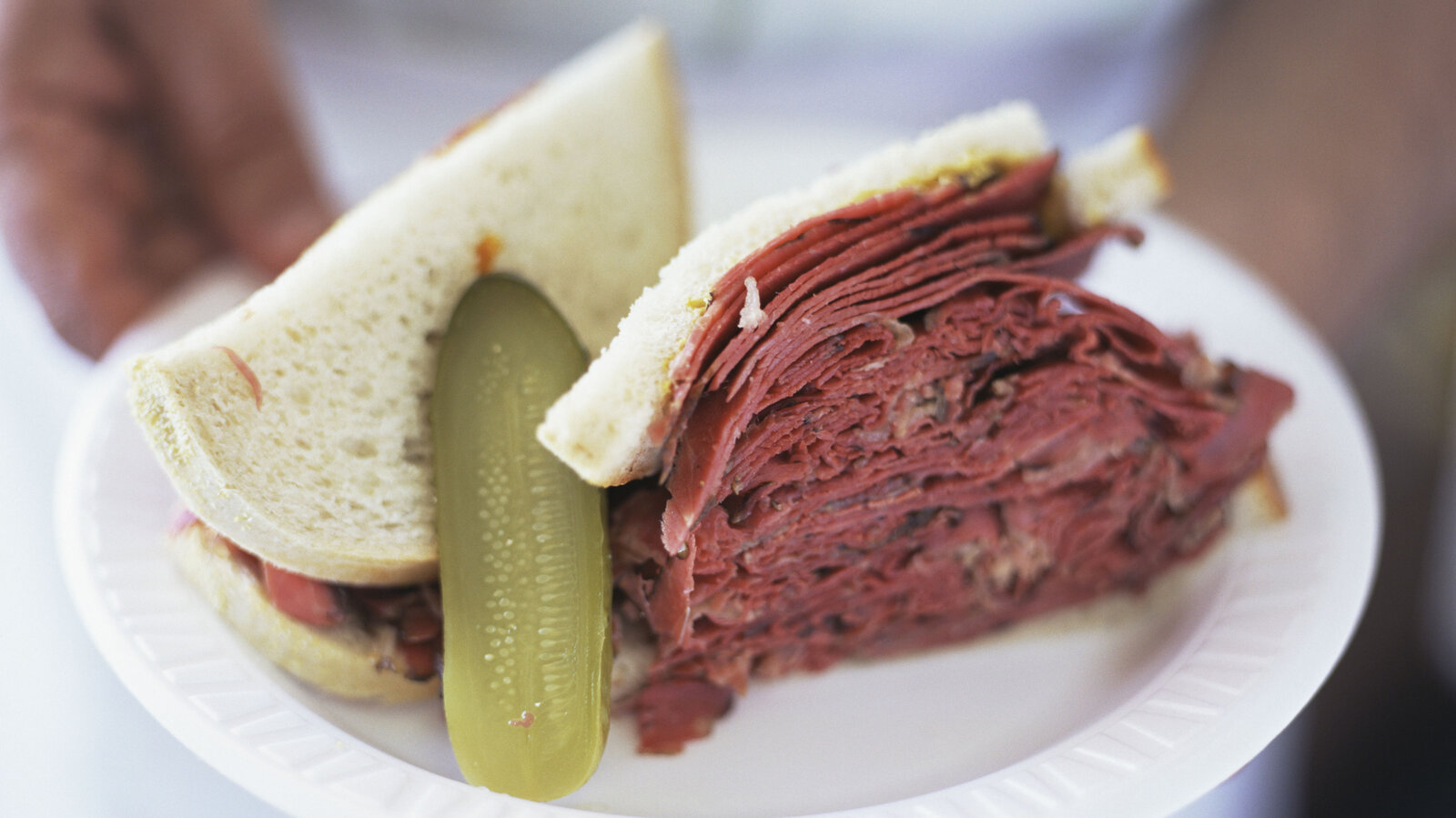 An imbalance between matter and antimatter in the universe produced all the things in existence, including corned beef sandwiches. (Erik Rank/Getty Images)

It’s easy to take corned beef sandwiches for granted. There’s no mystery about them. They simply exist.

But corned beef sandwiches, along with everything else in the universe, raise a critical question in the minds of physicists: Why do they exist?

In the earliest moments of the universe, energy turned into matter. But matter comes in two forms, matter and antimatter. And when a particle of matter encounters a particle of antimatter, they annihilate each other — and all you’re left with is light.

The universe tends to be a symmetrical place, so it’s reasonable to assume that at the dawn of the universe, matter and antimatter were produced in equal amounts.

Somehow, somewhere, there had to be a slight imbalance — a bit more matter than antimatter — or else the universe would be just a big ball of light with no you or me or stars or galaxies or corned beef sandwiches.

Physicists believe something called the “electric dipole moment” of the neutron might just hold the answer.

So when Indiana University physicist Chen-Yu Liu is asked why she’s spending her research life looking for a rather obscure property of an atomic particle, she’s ready with a response: “I say I am trying to understand why we exist.”