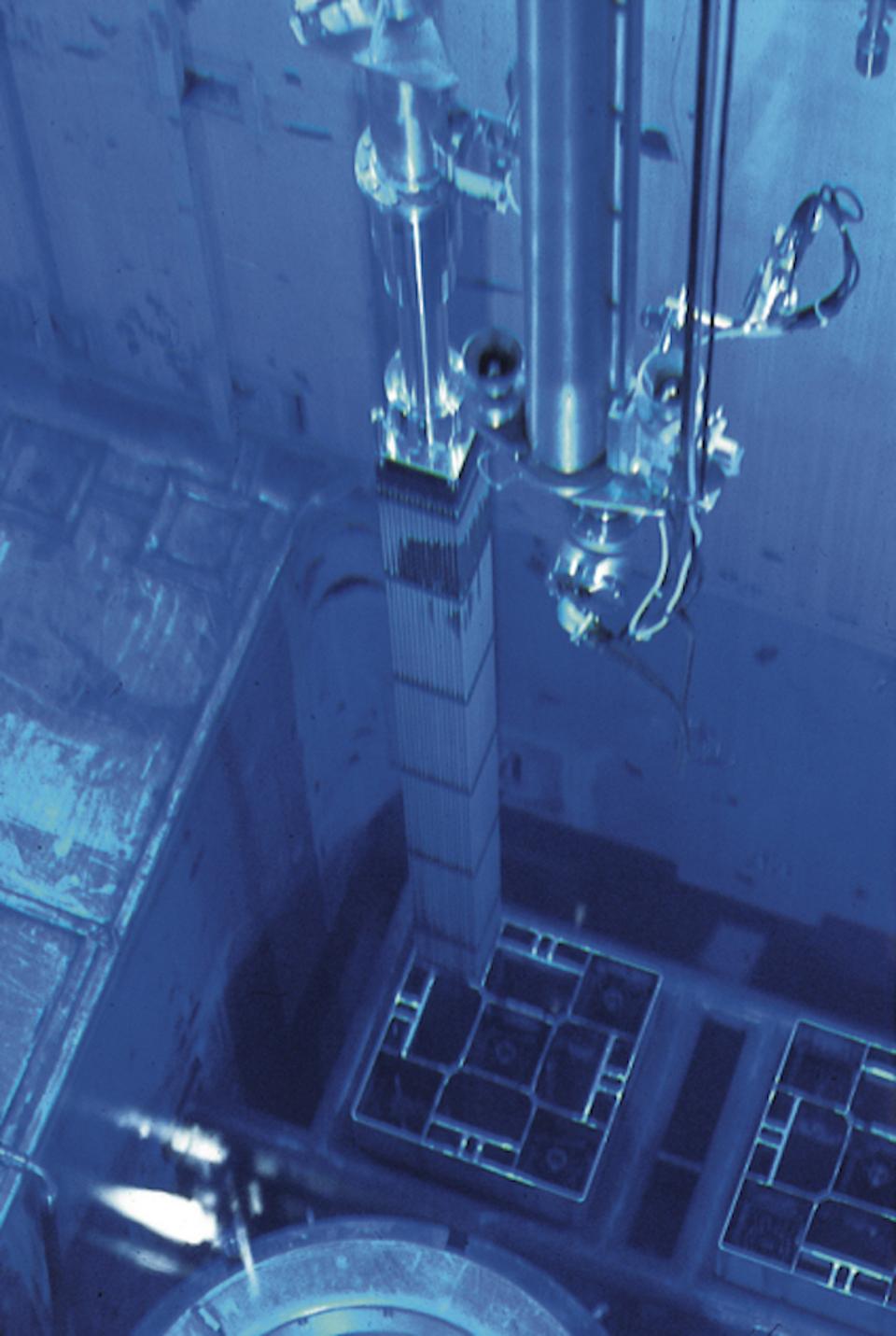 This is commercial nuclear fuel, a solid material that, unlike defense HLW or TRU, is easy to handle, doesn’t leak and doesn’t need to be treated in order to be disposed of, just put in an appropriate container, something we already do quite well. It can also be burned in future reactors to provide ten times more energy than in ordinary reactors, so should not be disposed of yet. Hence, the need for separating defense from commercial waste disposal. (Credit: NEI)

And so begins our Nation’s attempt to get back to science with respect to our nuclear waste disposal program. Meaning, let’s find the right rock in the right place and a community willing to take it. Separating defense from commercial waste is reasonable as they are quite different in form.

Commercial nuclear waste is not actually a waste but a solid easily-handled material that can be reused in the future and is easily and safely stored in dry casks for over 160 years. Defense waste is actually waste, not useful at all, and is the goopy peanut-butter-like junk, as well as trash, sludge, cement and salt cake, that one associates with nasty waste types.

So dispose of the actual waste and keep the useful spent fuel until we can use it in our new reactors when they come online. Or we can also dispose of it in the future if we do not use it as it will be a lot cooler and cheaper to dispose.

Since President Obama’s authorization in 2015, DOE has begun evaluating the possibility of a separate repository for defense waste and this plan is a concrete step forward.

Although this is a draft plan, it describes the different components that need to gel in order to build a viable program, including technical, regulatory, risk management, cost, and schedule, all within the framework of a consent-based siting process for the communities, the tribes and the States.

Some communities are all for this plan. Carlsbad, New Mexico is already home to the only operating deep geologic nuclear waste repository, the Waste Isolation Pilot Plant (WIPP), permitted for TRU defense nuclear waste. But WIPP was designed to take all nuclear waste and could easily accommodate all of our defense waste, especially since most of our high-level waste is now TRU-waste anyway, there is ample room, and WIPP has successfully disposed of high-activity waste like the HLW at very low cost and very safely.

West Texas has also said they want this type of repository, as well as a centralized storage site for the Nation’s spent fuel.

But how to get the Nation on board with science again? Or at least make a National decision that isn’t completely State-centric. Nuclear waste is a National problem since the Cold War and its nuclear deterrent protected the whole country, not just one State.

But we only need one repository for the small amount of nuclear waste that exists, or two if you want to separate defense from commercial. All the nuclear waste of any type would fit into one soccer stadium and it is insanely costly and unnecessary to make several disposal sites.

Instead, DOE is trying to implement a consent-based strategy. This means that instead of ordering some individual state like Nevada to take all of the Nation’s nuclear waste, whether they like it or not, we’ll instead ask “Who would like to take this waste? It will create fantastic jobs, will bring huge economic benefit to the region and, contrary to popular opinion, it’s safer than putting in a Mall.”

Yes, fatalities at Shopping Malls are a recurring horror, but no one ever dies from handling nuclear waste. Or has ever been injured by the radioactivity from nuclear waste. A nuclear waste repository is one of the safest, most lucrative investments a community can make, as long as it is located in the right rock, like massive salt.

But few understand this and the irrational fear of radiation and nuclear power has made rational discussion impossible.

This new strategy comes from the failure of our previous disposal program that ended in the suspension of the Yucca Mountain site, the proposed nuclear repository that came out of the 1987 Amendment to the 1982 Nuclear Waste Policy Act. This suspension was not a bad thing since the Yucca Mountain tuff is such a lousy rock that the level of re-engineering required makes the project way too expensive, about $200 billion too expensive.

The only other scientifically-viable disposal method for radioactive waste, called Deep Borehole Disposal, would place the waste in the lower mile of a 3-mile-deep borehole into the Earth’s crystalline-rock crust that would isolate the waste from the surface and shallow environments. It is especially ideal for some types of waste like small but really hot canisters of cesium and strontium separated from weapons waste years ago.

DOE has been trying to fund a deep-borehole test study just to test the drilling method but, again, the freakout-factor has stymied any attempts because local people think DOE is going to creep in, in the dead of night, and throw nuclear waste down the hole when no one is looking.

This is what our national discourse has come to, irrational unscientific paranoia, and is one of the reasons why we seem to be splintering apart as a country.

Why should we change our disposal program?