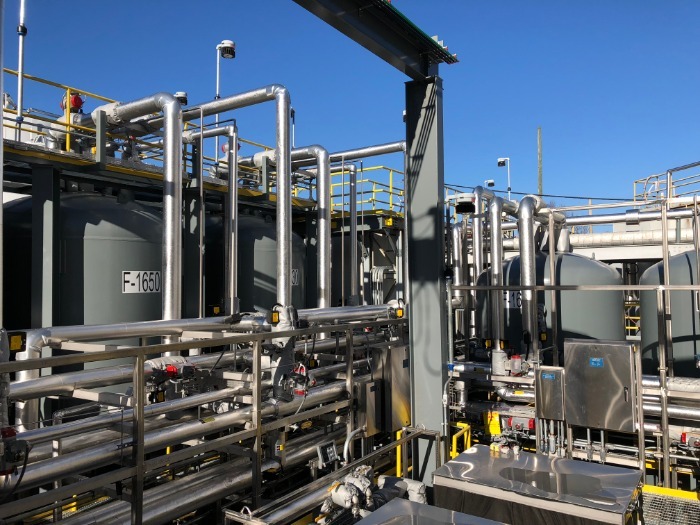 EM has invested more than $20 million to upgrade and extend the life of Liquid and Gaseous Waste Operations infrastructure. This waste treatment system, comprised of 60 facilities and 27 miles of piping, is critical to ongoing cleanup and research missions.

Comprised of more than 60 facilities and over 27 miles of piping, the Liquid and Gaseous Waste Operations (LGWO) system treats waste from cleanup operations, research and development labs, radiochemical pilot plants, and nuclear reactors. Any buildings that contain radioactive operations at ORNL are serviced by this system in some form.

UCOR, Oak Ridge’s prime cleanup contractor, is working closely with ORNL to ensure LGWO’s reliability. Earlier this year, UCOR completed construction and startup of a new zeolite treatment system, funded by a more than $20 million EM investment to upgrade and extend the life of LGWO infrastructure. Zeolite, a naturally occurring mineral formed from volcanic ash, strips the contaminants from wastewater.

“Continued uninterrupted operation of these systems is vital to the success of EM’s responsibilities and ongoing research missions at ORNL,” said Nathan Felosi, EM’s ORNL portfolio federal project director. “We are making investments and taking the steps necessary to ensure LGWO remains reliable and effective.”

In addition to the zeolite project, a comprehensive engineering evaluation has identified and prioritized other near- and long-term actions that EM will perform to maintain safe and reliable operations.

Jeff Maddox, UCOR facility manager for all of the LGWO systems, detailed why EM is investing heavily in upgrades and why the waste treatment infrastructure is critical to operations in Oak Ridge.

“If LGWO did not operate, limited wastewater storage at some ORNL facilities and labs would quickly be exhausted,” Maddox said. “Without a way to treat water to federal and state permit standards, they would be forced to shut down.”

Near-term projects include upgrading the digital control system and replacing above-ground piping. Several long-term project have been planned as well.

One major project involves constructing a new Process Waste Pre-Treatment Facility. This facility will alleviate storage needs for low-level liquid waste by accepting waste directly instead of the current design, which diverts it to storage tanks. Others include building an evaporator that reduces liquid waste volume and replacing a diesel generator that powers pumping stations if power is interrupted.