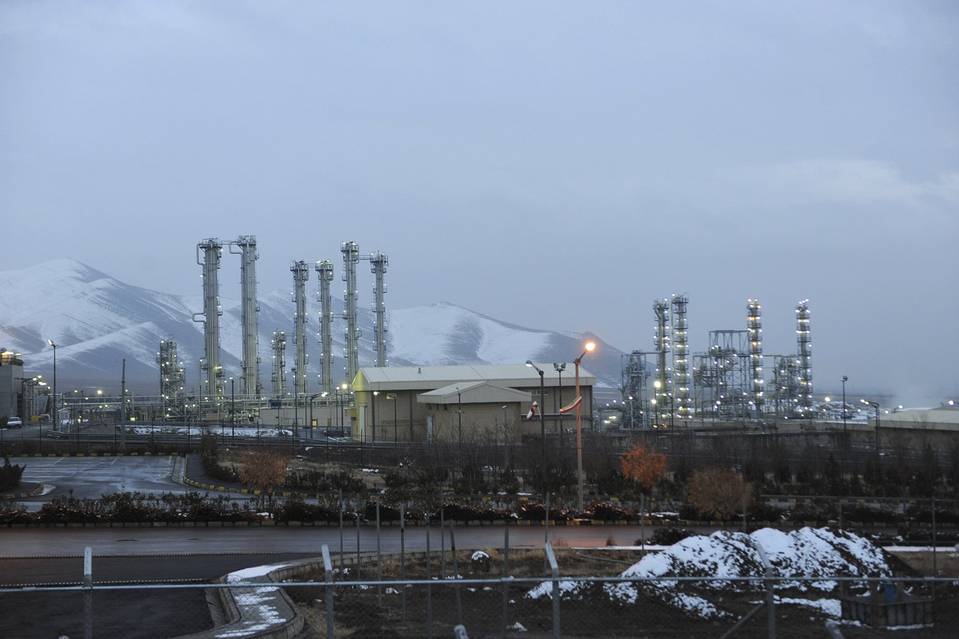 The Obama administration agreed Friday to buy 32 tons of Iran’s heavy water, a key component in atomic-weapons development, a new gambit in a growing White House effort to encourage Tehran to stick to the nuclear agreement reached last year.

The move, immediately criticized by opponents of the original deal, came hours before Secretary of State John Kerry met his Iranian counterpart, Javad Zarif, in New York to try to facilitate Iran’s access to tens of billions of dollars of oil revenues frozen by U.S. sanctions in recent years.

The Obama administration also has held extensive internal deliberations in recent weeks over ways to aid Iranian trade internationally by allowing Iran to do business normally conducted in dollars while abiding by U.S. laws that block Tehran’s use of the American financial system.

The White House wants to ease Iran’s concerns that it is not reaping the expected economic benefits of the nuclear accord. But its efforts to buttress the Iranian economy have ignited fresh ire among Republicans in Congress who are drafting new legislation to block any Iranian economic integration with the U.S.

Republican leaders criticized the Department of Energy’s purchase of the Iranian heavy water, charging the administration with essentially subsidizing Tehran’s nuclear program. U.S. officials said the purchase, signed Friday in Vienna, was driven by Obama administration concerns that Iran doesn’t have the capacity yet to quickly reduce its stockpile of the material as required under the July nuclear deal.

“For Tehran, the nuclear agreement is the gift that keeps on giving. This purchase—part of what appears to be the administration’s full-court press to sweeten the deal—will directly subsidize Iran’s nuclear program,” House Speaker Paul Ryan (R., Wis.) said Friday. “It’s yet another unprecedented concession to the world’s leading state-sponsor of terrorism.”

Under the nuclear accord, Iran must keep its supplies of heavy water to below 130 tons during the initial years of the deal, and under 90 tons later. But U.S. officials said Iran has been struggling to find buyers for the material on the international market and that its stockpile is at risk of rising above that level.

The U.S. hopes its initial purchase will give other countries the confidence to purchase Iran’s heavy water in the coming years.

The deal, estimated at $8.6 million, was formally signed by U.S. and Iranian officials Friday in Vienna.

Heavy water is a close chemical relative of water whose distinctive properties make it a critical component in the production of nuclear weapons and energy.

U.S. officials said the 32 tons of heavy water will be shipped by the Atomic Energy Organization of Iran to the Oak Ridge National Laboratory in Tennessee in the coming weeks. There, it will be used in a research facility that utilizes neutrons to study the makeup of a range of scientific materials.

Some of the heavy water could also be sold to private companies that use it for commercial applications, such as the production of semiconductors and fiber optic equipment.

Critics of the Obama administration’s nuclear agreement, including on Capitol Hill, have raised concerns about the heavy-water purchase.

The chairman of the House Foreign Relations Committee, Rep. Ed Royce (R., Calif.), wrote Mr. Moniz on April 18 to seek clarity on the terms of the deal. He specifically asked how the U.S. would pay for the heavy water and what guarantees the administration had that the money wouldn’t be used by Tehran to fund its military or terrorist groups.

“What assurances can you provide that U.S. taxpayer funds that Iran receives through this purchase will not be used to fund Iran’s nuclear program…or Tehran’s destabilizing activities in Iraq, Syria, Lebanon and elsewhere?” Mr. Royce wrote.

In the interview, Mr. Moniz said he saw the U.S. government making only one purchase of the heavy water, which can be used to stimulate fissile reactions inside nuclear reactors. But he said American companies could emerge as regular buyers of the material in the future.

“We’re not going to be their customer forever,” Mr. Moniz said. “Maybe some companies in the U.S. will be part of that customer base. They’ve got to figure it out. [The Iranians] have to establish their presence on the international market if they’re going to keep producing [heavy water].”

The purchase agreement is the latest sign of rapprochement between Washington and Tehran after decades of hostilities. As part of the nuclear accord, the U.S. and global powers lifted certain sanctions on Iran. And the U.S. Treasury in recent months granted licenses to American companies, including Boeing Co., to return to the Iranian market.

Mr. Kerry, headed into a meeting in New York with Mr. Zarif on Friday, gave explicit permission to foreign banks to engage with Iranian banks and Iranian firms, and pledged the U.S. would not “stand in the way of business that is permitted with Iran” under the nuclear deal.

“There are now opportunities for foreign banks to do business with Iran,” he said.

U.S. officials wouldn’t specify how the Department of Energy would pay Iran for the heavy water.

Iranian officials have hinted at the heavy-water sale to the U.S. and praised it as an early step in support of the country’s ambitions to export its nuclear-related and scientific products.

Tehran, in support of the agreement, already has sold low-enriched uranium to Russia and Kazakhstan.

“On the heavy water, we are among the very few developing countries which is able to produce its own heavy water and now we have entered the international market,” the head of the Atomic Energy Organization of Iran, Ali Akbar Salehi, told Iranian state media this month. “We have been able to sell more than 30 tons of heavy water just recently and this has put us on par with other countries.”

Some nuclear experts said the U.S. move comes close to subsidizing Iran’s nuclear program in a bid to keep the agreement alive. They said Tehran’s production of heavy water would remain a concern, especially when the constraints on its nuclear program are lifted after 10 to 15 years as part of the agreement.

“We shouldn’t be paying them for something they shouldn’t be producing in the first place,” said David Albright, head of the Institute for Science and International Security, a Washington think tank.

The U.S. doesn’t produce heavy water domestically, and largely has been purchasing the material from Canada and other foreign countries in recent years. It imports around 75 tons of heavy water annually, according to Department of Energy officials.

Thom Mason, head of the Oak Ridge National Laboratory, said one of his research facilities, called the Spallation Neutron Source, was being converted to use heavy water instead of light water. He said Iran emerged as a good supplier after plans to buy heavy water elsewhere fell through.

“Heavy water isn’t made in the U.S.,” Mr. Mason said in an interview. “It was fortuitous in terms of timing.”

The U.S.’s desire to constrain Iran’s heavy-water reactor in the city of Arak was one of the major issues in nearly two years of negotiations between global powers and Tehran, which culminated in last July’s agreement.

The Arak reactor was seen as largely designed to produce weapons-usable plutonium and had only limited commercial and scientific uses. Iran secretly built a heavy-water production plant in Arak in the early 2000s to feed the operations of the reactor.

Under the nuclear deal, Iran is converting the Arak facility, with China’s help, into a modified reactor that is seen as posing a much reduced nuclear-proliferation threat. Iran also is committed to limiting its production of heavy water for the reactor for 15 years.

“People have already forgotten that it wasn’t that many years ago that the big threat was considered to be the Arak reactor,” Mr. Moniz said. “We had to take care of that. That has gotten taken care of, in spades.”

—Farnaz Fassihi contributed to this article.