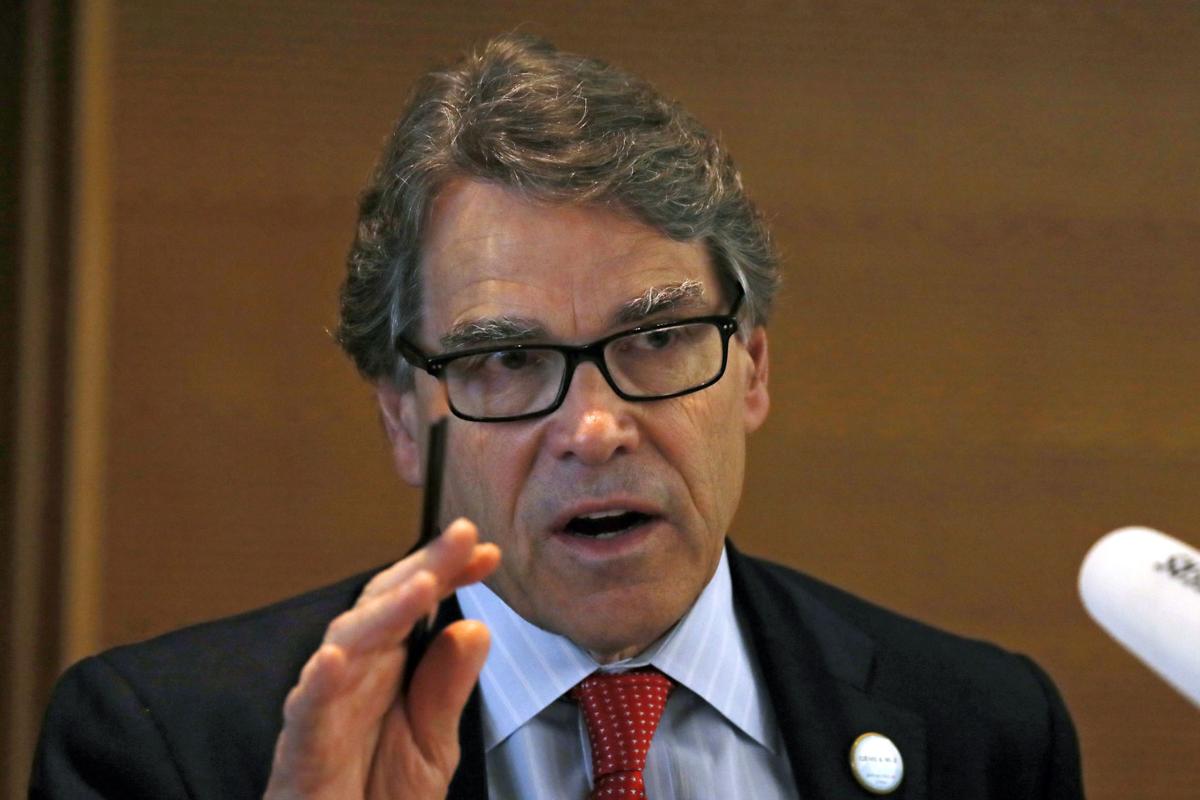 U.S. Energy Secretary Rick Perry (shown in June) met with executives from the two South Carolina utilities that were building two reactors at a Midlands nuclear plant. S.C. Electric & Gas says it asked for a grant backing the project but got “no response.” File/AP

The day after two South Carolina power companies decided to bail out on two partially built nuclear reactors, state regulators asked the project’s top executives what it would take to restart construction.

Kevin Marsh, CEO of South Carolina Electric & Gas parent SCANA Corp., answered with a must: The federal government would need to step in to cover the spiraling costs, he said, and guarantee that ratepayers wouldn’t foot the bill for a project with an uncertain price tag.

President Donald Trump and Energy Secretary Rick Perry, who have both advocated pro-nuclear positions, haven’t addressed the project’s demise publicly. And one of the two utilities that were building the reactors at the V.C. Summer Nuclear Station near Columbia says it hasn’t heard from the administration since giving it the news.

Santee Cooper, the state-run power utility that owns 45 percent of the project, says it told the White House it was ditching the reactors but hadn’t heard anything since. SCE&G, which owns the other 55 percent, declined to answer questions about its communications with the administration.

The silence from Washington casts further doubt on the prospect of reviving the scuttled project, even as state lawmakers and Gov. Henry McMaster scramble to have at least one reactor completed.

SCE&G and Santee Cooper poured roughly $9 billion into the effort in Fairfield County before pulling the plug at the end of July. The estimated cost of the project — initially pegged at about $11 billion in all — had escalated to at least $21 billion, and the lead contractor, Westinghouse Electric, had filed for bankruptcy protection.

Weeks earlier, as months of uncertainty about the project’s future came to a head, executives met with Perry in the nation’s capital and asked for help.

Santee Cooper spokeswoman Mollie Gore said the Moncks Corner-based utility requested assistance getting tax credits to defray the cost of the V.C. Summer expansion and “any additional federal help that could become available.”

Speaking to regulators earlier this month, Marsh said he’d asked the federal government for a grant to essentially guarantee the price of the project and bear the risk of additional cost overruns.

Executives got “no response” to their request for a grant, he said, but the Energy Department offered a loan to cover the reactors’ cost.

“We would need to protect customers from that risk, and that would be an absolute we would have to have from a cost perspective,” Marsh said at an Aug. 1 public hearing with state regulators.

Marsh’s argument was that scuttling the V.C. Summer project in rural Jenkinsville would have national security implications elsewhere. The South Carolina plant was one of only two in the U.S. where brand new reactors were being built. The other is near Augusta, Ga.

The two were the first new nuclear projects to break ground in three decades, and if they survived, Marsh said they could have formed the basis for more nuclear plants elsewhere. Without them, nuclear power might not have a path forward in the U.S.

Perry had made a similar argument. A month before the meeting, he held a press conference at the White House and said the implications for the projects were “a lot bigger” than a couple of power plants in the South.

Instead, he said, keeping the nuclear power industry alive was key to maintaining a diverse electric grid in the future. He said he hoped that during his tenure, the Energy Department would “make nuclear energy cool again.”

“It’s a lot bigger than that,” Perry said in June. “This is a massively important issue for the security of America and the security for America’s allies. So keeping that in place, I think it’s important for us to look at the options, clearly having a plan to keep America engaged in the development of nuclear energy.”

The White House referred questions to the Energy Department, which said it offered to help the utilities find financing for the extra costs.

“The Department of Energy worked with representatives of the Summer project to discuss potential paths forward with regards to the project’s financial situation,” department spokeswoman Shaylyn Hynes said in a statement to The Post and Courier. “A loan guarantee was a potential option for the Summer owners to consider, which they ultimately chose not to pursue.”

Members of the state’s congressional delegation said they weren’t looped in on SCE&G’s request for a grant to cover the extra costs of the project.

In fact, a spokeswoman for U.S. Rep. Tom Rice, R-Myrtle Beach, said his office was under the impression the Washington meeting was meant to broadly emphasize the importance of nuclear power for national security, not to raise alarm bells about the project’s peril.

But federal lawmakers have seen the warning signs for a while now and have been pushing for Congress to help.

The plan to build the reactors was inspired in part by tax credits approved under President George W. Bush that were meant to re-energize the nation’s dormant nuclear power industry. Those credits would have covered $2.2 billion of the cost of the project, but they expire in 2020 — years before either unit would be completed, SCE&G and Santee Cooper now say.

Before the project was abandoned, members of South Carolina’s congressional delegation had tried to include a deadline extension in a catch-all government spending bill earlier this year. They were ultimately rebuffed by Republican leaders who argued that the measure belonged instead in tax reform legislation that has yet to be drafted.

Meanwhile, a standalone bill to extend the deadline, which Rice sponsored, cleared the House a few months later. It is still pending in the Senate.

U.S. Sen. Tim Scott, R-S.C., who is championing the tax-credit extension, has said he wants the Senate to approve the measure just in case the V.C Summer expansion is resurrected in some fashion. U.S. Sen. Lindsey Graham, meantime, said he’d support tax credits for “a viable project.”

Scott and Graham, also a Republican, both voted against the government spending bill in May in part because they were angry the tax credits were not addressed.

In a visit to Laurens on Wednesday, Graham said he would meet with Perry to emphasize the project’s national security significance. He said he wouldn’t ask the energy secretary for a bailout, but he’d ask the administration to find a way to “jump-start these projects.”

“It would be a national disgrace to lose the nuclear power industry,” Graham said. “This should be a wake-up call for the country.”