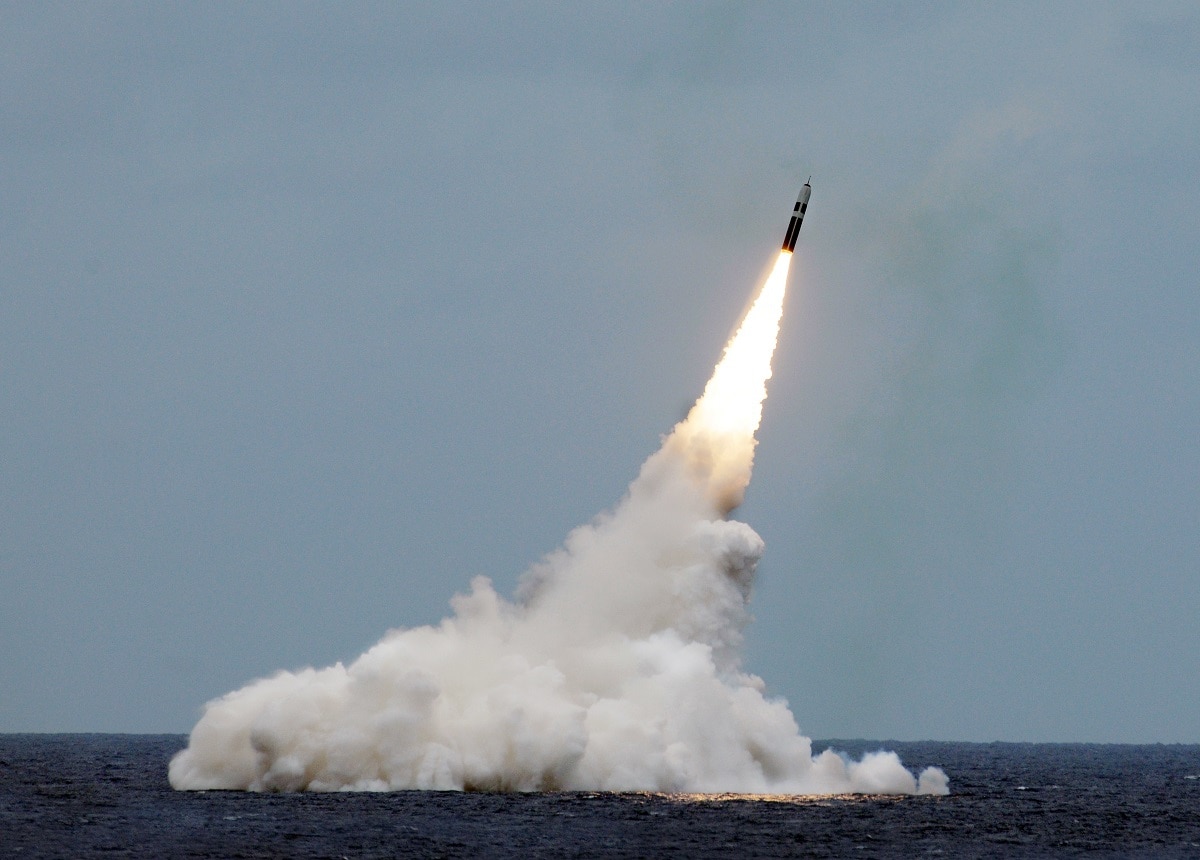 An unarmed Trident II D5 missile launches from the Ohio-class fleet ballistic-missile submarine Maryland off the coast of Florida. The U.S. is seeking a low-yield warhead for the Trident. (John Kowalski/U.S. Navy)

The Trump administration has requested $65 million be repurposed for the Department of Energy’s budget in order to start work on a new low-yield nuclear warhead design.

In a reprogramming request sent to Congress last week, the Office of Management and Budget requested shifting $65 million to the National Nuclear Security Administration for “engineering development, and any subsequent phases, of a low-yield nuclear weapon.”

The creation of a submarine-launched, low-yield nuclear warhead was announced in February with the launch of the Nuclear Posture Review. But because of the timing of the NPR and the release of the fiscal 2019 budget request, the NNSA didn’t receive any funding for that program.

In March, NNSA head Lisa Gordon-Haggerty said her office was working with OMB to try and find the money for the warhead design.

The Defense Department’s funding portion for the warhead sits at $22.6 million for FY19 and $48.5 million spread over the life of the Future Years Defense Program, or FYDP, a series of projected numbers that cover through FY23, meaning the combined cost for the development in FY19 will be $87.6 million.

The warhead design will be based off the existing W76-1 warhead for the Navy’s Trident ballistic missile. According to the OMB document, the low-yield variant will be known as the W76-2.

While that design choice is expected to keep the costs fairly low, it is important for NNSA to get the funding lined up in FY19, as the W76-1 refurbishment program is expected to be completed in the near future.

“As closeout of the W76-1 program was planned to occur in FY 2019, commencement of this new program (W76-2) is needed in FY 2019,” the OMB request reads. “Delays to the start of the modification in the existing program would require a restart of the W76 production line, increase costs, and delay delivery to the Department of Defense.”