Trump Administration Identifies R&D Priorities for Its Next Budget Request

Trump Administration Identifies R&D Priorities for Its Next Budget Request 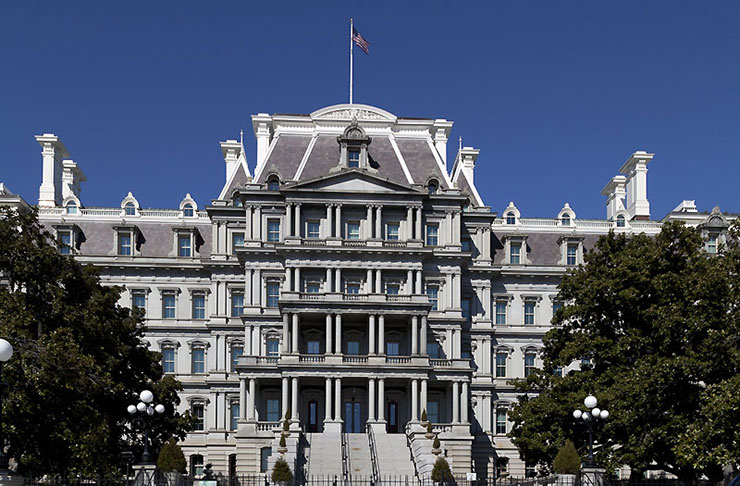 OSTP is located in the Eisenhower Executive Office Building, which is adjacent to the White House. (Image credit – General Services Administration)

On July 31, the White House issued its annual memorandum identifying the Trump administration’s latest R&D priorities. Written jointly by the Office of Management and Budget and the Office of Science and Technology Policy, the memo provides guidance to federal agencies as they prepare their submissions for President Trump’s fiscal year 2020 budget request, which is due for release in February.

In past administrations, the directors of OMB and OSTP have generally both signed off on the memos. As OSTP still lacks a director, the top political appointee in the office, Deputy U.S. Chief Technology Officer Michael Kratsios, has signed the Trump administration’s memos along with OMB Director Mick Mulvaney. The day after the White House released this year’s version, Trump announced meteorologist Kelvin Droegemeier as his pick for OSTP director.

The section on “Energy Dominance” is largely unchanged from last year. It directs agencies to focus their efforts on “early-stage” technologies and ensure that federal energy R&D investments “continue to reflect an increased reliance on the private sector to fund later-stage research, development, and commercialization of energy technologies.” The section does include a new reference to investing in user facilities as a way of improving collaboration with industry and academia.