Topping Out Ceremony Marks Milestone for UPF Project at Y-12

Topping Out Ceremony Marks Milestone for UPF Project at Y-12 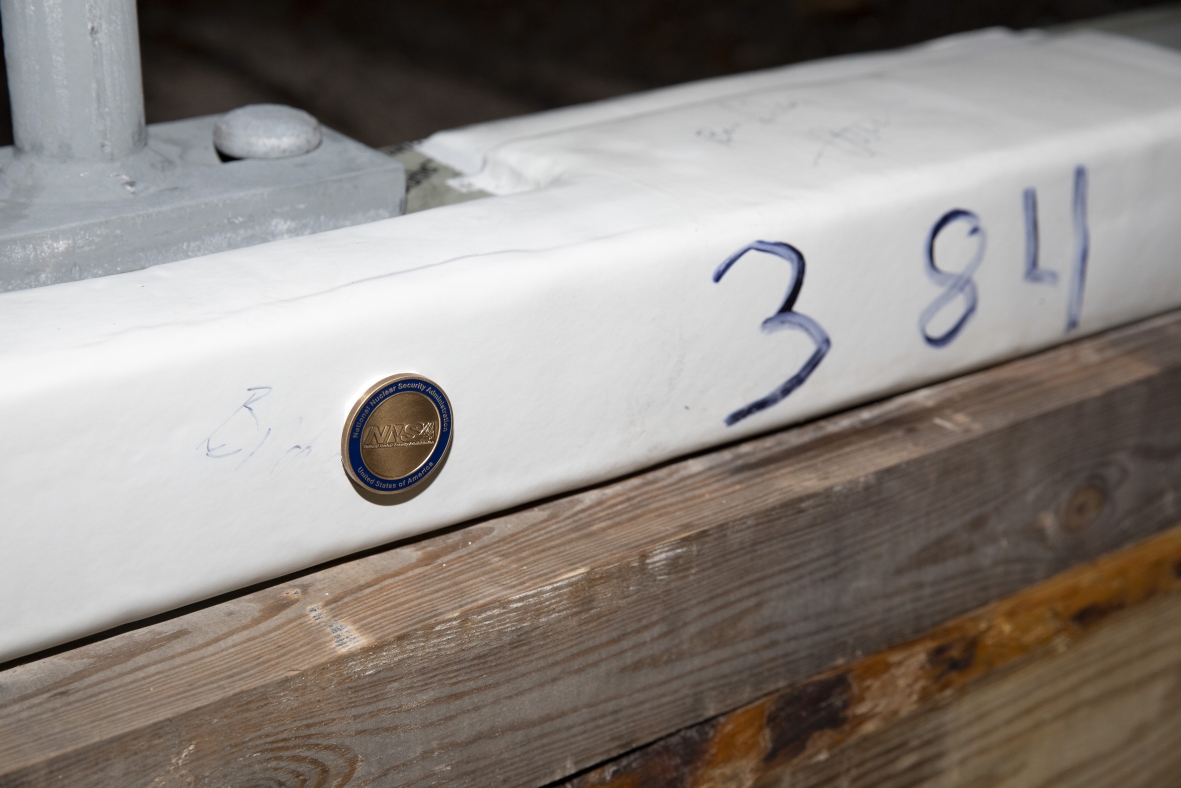 The team building the Uranium Processing Facility (UPF) at Y-12 National Security Complex in Oak Ridge, Tennessee placed the last piece of structural steel for the Salvage and Accountability Building (SAB), a major subproject, on Oct. 26 during a “topping out” ceremony and added a bonus piece of metal.

The event, which marked the placement of the SAB’s final piece of steel, included a challenge coin given to the project by Lisa E. Gordon-Hagerty, Administrator of the National Nuclear Security Administration (NNSA) and the Department of Energy’s Under Secretary for Nuclear Security.

A UPF employee signs the last piece of structural steel at Y-12’s Oct. 26 “topping out” ceremony.

UPF Ironworkers began installing the structural steel in May 2019 for the three-story, 127,000-square-foot building. After 3,500 tons of steel, 12 over-the-top nuclear skids, and over 100,000 hours of labor, the UPF team proudly topped out the SAB, making it the second of four major facilities on the project to complete its structural steel. 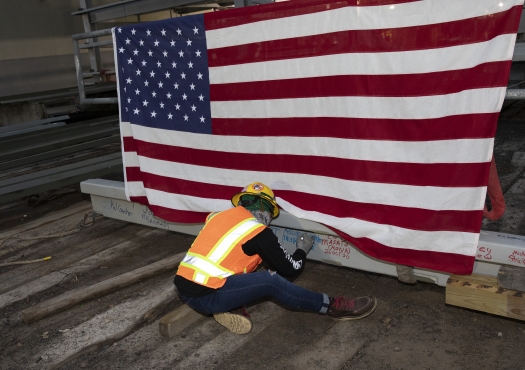 “UPF is an incredible undertaking for NNSA and a project at the heart of our mission’s success,” said Robert Raines, Associate Administrator for NNSA’s Office of Acquisition and Project Management. “The topping out of the SAB gets us one step closer to UPF’s completion as we celebrate this major milestone.”

The UPF Project places the last piece of structural steel on the Salvage and Accountability Building (SAB) during an Oct. 26 “topping out” ceremony.

With the steel framework complete, crews will now begin to install the roof and metal siding as they work to “dry it in” by early next year. Once completed and fully operational in 2025, the SAB will house chemical recovery and calcination capabilities, and will support waste preparation and decontamination activities for UPF. 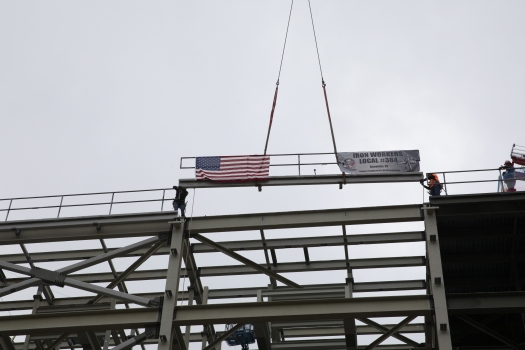 “The UPF Project is vital to national security and will help revitalize the infrastructure for Y-12 and NNSA,” said Dale Christenson, UPF Federal Project Director. “The new facility will be the core of the Nation’s nuclear security operations for decades to come.”

UPF is one of the largest investments in Tennessee since the Manhattan Project and one of the largest construction projects across the Nuclear Security Enterprise. The facility will support Y-12’s key missions to maintain the U.S. nuclear deterrent by ensuring the long-term viability, safety, and security of enriched uranium capabilities in the United States.