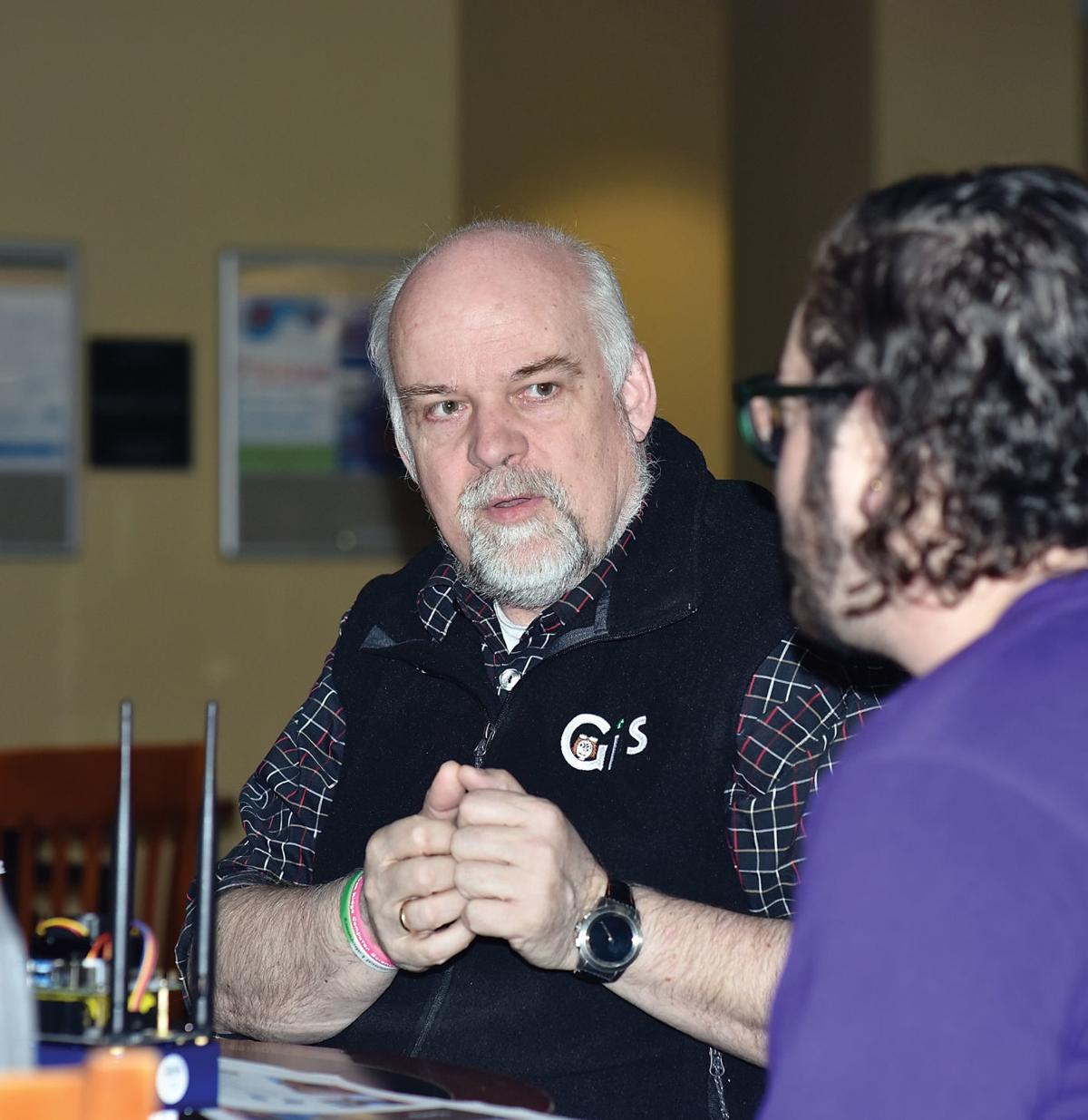 A unique, hands-on opportunity for young people who want computer technology instruction that goes beyond lectures and hours sitting at a computer is now as close as the library.

Oak Ridge Computer Science Girls, a nonprofit agency that inspires middle school girls to explore technology, holds a series of Saturday afternoon sessions at the Blount County Public Library that are open to youth ages 10 and up. Both boys and girls can just show up from 1-4 p.m. each Saturday to delve into anything from virtual reality to the workings of the internet, encryption, infographics, 3D printing and photo editing.

During spring break, March 16-18, ORCS Girls will also offer an Artificial Intelligence Smart Robot Camp that is specifically for girls in seventh to 10th grade. It is this organization’s first such camp. Directors are Thomas Proffen, a physicist at Oak Ridge National Laboratory, Katherine Schuman, also from ORNL and Heritage High School senior Sarah Jo Miller.
Miller said she met Proffen about three years ago at a Science, Technology, Engineering, Art and Math (STEAM) festival at the Blount County Public Library that he was conducting. The library asked HHS to send some volunteers that day, and Miller was one who answered the call.

She has since volunteered at the Saturday computer sessions at the library. Proffen even served as a mentor for the Heritage High coding club that won first prize in a regional competition in 2019. The club earned $5,000 to be used to purchase equipment or attend future competitions.

The AI Smart Robot Camp will allow girls hands-on activities using smart JetBots. The camp will combine machine learning with coding and programming. ORNL provided the grants to purchase the 10 robots. It is also home to the fastest computer in the world, Proffen said.

“Machine learning, smart computers and facial recognition — we wanted to combine all of that,” Proffen said. He said campers will come to understand how Facebook uses facial recognition and how robots can be trained to avoid obstacles.

Miller has aspirations to become a software developer and said while the camp activities might not be specific to her career goals, it all connects through computers. She added that having a gender-specific camp will be a good way to show girls the wide open field.

During one activity, Miller said she and the others in the group wanted to stress that coding isn’t scary.

“There is a large masculine culture that is driving women out,” she said. “We want to show them that it isn’t scary and getting them interested in technology without having that social aspect to hinder them is really helpful.”

Last year, Techgirlz, who provides some of the instructional materials to ORCS Girls, hosted an event that set a record for the most girls coding together at the same time. Blount County library was one of 17 U.S. locations joining one in Columbia to set the record.

Ari Baker is education services manager at BCPL. He said funding through the Tennessee State Library and Archives had helped pay for the technology instruction that is held on Saturdays. He said the library has received many positive feedbacks on the program.

“I wish I could have had that as a young person, someone teaching me computer science concepts instead of just doing one way,” he said.

Proffen said it is important to provide fun opportunities like the robot camp because there is definitely a gender gap when it comes to students taking computer science. It starts in high school. According to a recent study by Science magazine only 23% of students taking AP computer science are female. A girls-only environment allows girls to build confidence, he said.

The camp and the Saturday sessions also open young people’ eyes to the available career possibilities, Proffen explained. He said with some tech jobs, employees can work from home and live anywhere they chose to. It is estimated there are 1.4 million computing jobs.

“We have people at the lab who do half of their work at home,” Proffen said. “It opens up jobs when you are not living in Silicon Valley.”

Miller and Proffen also stressed the camp instruction and what is taught on Saturdays is mostly hands-on. A lot is playing with the robots and programming them.

There are volunteers at each event. Miller said being camp director doesn’t mean she knows everything. She sees this as a way to also learn more about AI.

“It is better for the instructors to have this as a learning opportunity, too,” she said. “When a teacher and students learn together, it feels like a much more connected environment. I have had teachers who give their way as the only way. That is a toxic environment.”

Proffen said the BCPL is the perfect place for the camp and weekly computer workshops. He said with highly capable people like Miller leading them, his job is easy.