During the rise of mammals, Earth’s temperatures spiked in a scary way that the planet may experience again soon. 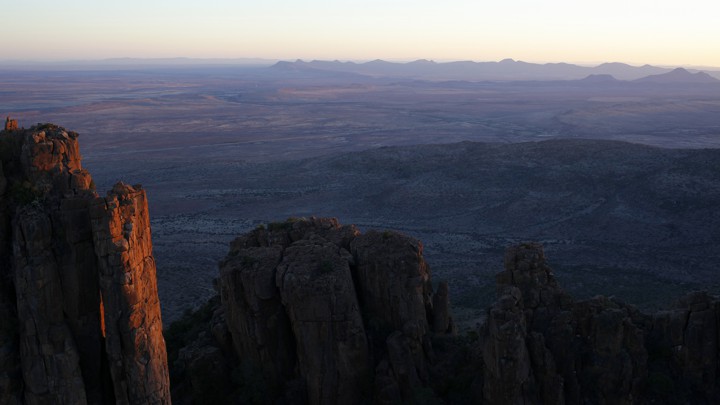 They were strange days at the beginning of the age of mammals. The planet was still hungover from the astonishing disappearance of its marquee superstars, the dinosaurs. Earth’s newest crater was still a smoldering system of hydrothermal vents, roiling under the Gulf of Mexico. In the wake of Armageddon our shell-shocked ancestors meekly negotiated new roles on a planet they inherited quite by accident. Before long, life settled into new rhythms: Earth hosted 50-foot-long boas sliding through steam-bath jungles, birds grew gigantic in imitation of their dearly departed cousins, and mildly modern mammals we might squint to recognize appeared. Within a few million years, loosed from under the iron heel of the vanished giants, they began to experiment. Early whales pranced across a Pakistani archipelago on all fours, testing out life in the water. The first lemur-like primates leapt from the treetops, and hoofed things of all varieties dashed through the forest.

But the most striking feature of this early age of mammals is that it was almost unbelievably hot, so hot that around 50 million years ago there were crocodiles, palm trees, and sand tiger sharks in the Arctic Circle. On the other side of the blue-green orb, in waters that today would surround Antarctica, sea-surface temperatures might have topped an unthinkable 86 degrees Fahrenheit, with near-tropical forests on Antarctica itself. There were perhaps even sprawling, febrile dead zones spanning the tropics, too hot even for animal or plant life of any sort.

This is what you get in an ancient atmosphere with around 1,000 parts per million (ppm) of carbon dioxide. If this number sounds familiar, 1,000 ppm of CO2 is around what humanity is on pace to reach by the end of this century. That should be mildly concerning.

“You put more CO2 in the atmosphere and you get more warming, that’s just super-simple physics that we figured out in the 19th century,” says David Naafs, an organic geochemist at the University of Bristol. “But exactly how much it will warm by the end of the century, we don’t know. Based on our research of these ancient climates, though, it’s probably more than we thought.”

Last week, Naafs and colleagues released a study in Nature Geoscience that reconstructs temperatures on land during this ancient high-CO2 hothouse of the late Paleocene and early Eocene epochs—the sweltering launch to the age of mammals. And the temperatures they unearthed are unsurprisingly scorching.

To study Earth’s past, scientists need good rocks to study, and fortunately for geologists and fossil-fuel companies alike, the jungles and swamps of this early age of mammals left behind lots of coal. The Powder River Basin in the United States, for instance, is filled with fossil Paleocene swamplands that, when burned today, contribute about 10 percent of U.S. carbon emissions. Naafs’ team studied examples of lower-quality coals called lignites, or fossilized peat. They had been collected around the world (everywhere from open-pit coal mines in Germany to outcrops in New Zealand), and spanned the late-Paleocene and early-Eocene epochs, from around 56 to 48 million years ago. They were able to reverse engineer the ancient climate by analyzing temperature-sensitive structures of lipids produced by fossil bacteria and archaea living in these bygone wetlands, and preserved for all time in the coal. The team found that, under this past regime of high CO2, in the ancient U.K., Germany, and New Zealand, life endured mean annual temperatures of 23–29 degrees Celsius (73–84 degrees Fahrenheit) or 10–15 degrees Celsius (18–27 degrees Fahrenheit) warmer than modern times.

That modern European heat wave has, in recent weeks, sent sunbathing Scandinavians and reindeer to the beach in temperatures topping 90 degrees Fahrenheit in the Arctic Circle. It has also ignited devastating wildfires across Greece and triggered an excruciating weekend for Spain and Portugal. But over 50 million years ago this would have been the baseline from about 45 to 60 degrees latitude. Under this broiling regime, with unprecedented heat as the norm, actual heat waves might have begun to take on an unearthly quality.