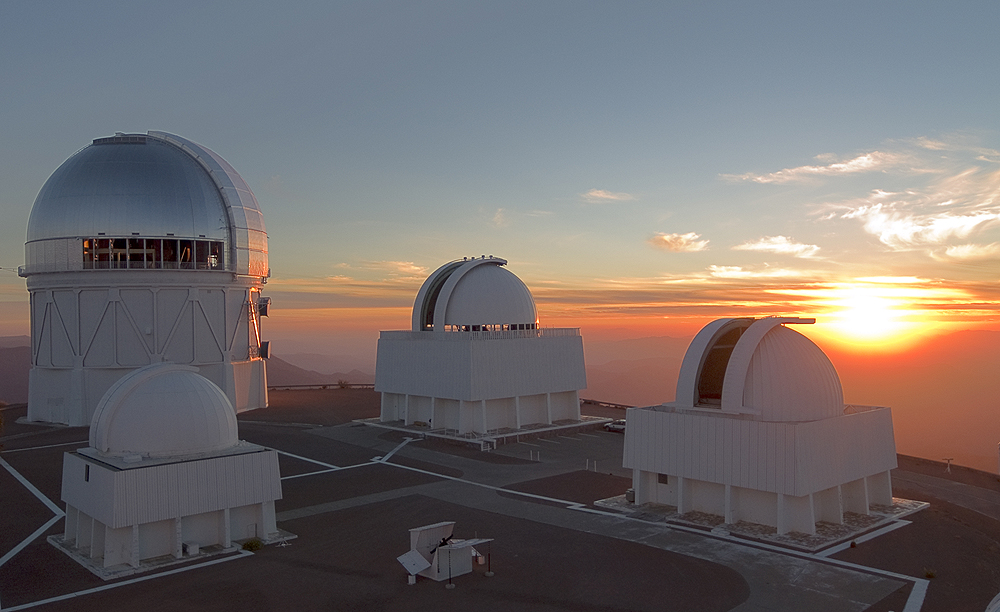 The U.S. scientific community will face challenges new and old in 2018 as the Trump administration and Congress continue to advance their agendas and install new leaders at federal agencies. The science agencies are facing extraordinary levels of budgetary and administrative uncertainty, while scientific community leaders are grappling with fundamental issues relating to the conduct of science and its value. Looking further out, the 2018 election could shake up the political and policy landscape once again.

The 2016 presidential election sent shockwaves through U.S. science policy, owing as much to President Trump’s approach to governance as his views toward science. Many of the storylines that began unfolding last year will continue into this year, from high-stakes budget battles to concerns around the status of science in the public sphere and a growing interest in political engagement among scientists. Meanwhile, new demands on the nation’s scientific enterprise are prompting policy responses from Washington, D.C., and the scientific community alike. With an eye on the big picture, FYI has assembled a list of 10 science policy stories to watch in 2018.

This year, Congress has continued its habit of delaying final decisions on the annual federal discretionary budget well into the fiscal year. With budget outcomes for fiscal year 2018 still up in the air, budgetary and programmatic uncertainty is now spilling into calendar year 2018. Science agency spending proposals on the table are remarkable for their vast range, from the president’s budget request proposing deep cuts to most science agencies to recent bipartisan negotiations that could lead to dramatically increased defense and nondefense spending. According to CQ, the latest proposal floated by congressional Republicans would increase defense spending by $72 billion and nondefense spending by $45 billion for the current fiscal year, some of which would almost certainly go to science programs. Even if Congress enacts spending increases at this scale, however, the president’s fiscal year 2019 budget request will again propose deep cuts to nondefense agency budgets. That portends a repeat of this year’s alarm, incertitude, and confrontation.

The vitality and political independence of federal science under the Trump administration has been a front-and-center issue over the past year. The Environmental Protection Agency has been a particular focus of concern as EPA Administrator Scott Pruitt has forced aside many members of the agency’s scientific advisory panels and questioned its prior procedures for using science in its rulemaking. This past fall, the Government Accountability Office indicated it would begin a study this year on the status of scientific integrity in federal agencies, and its findings may shed light on the severity of the situation. Beyond the question of whether agencies are violating their formal integrity policies, there are also concerns about whether agency scientists are self-censoring and the morale of the scientific workforce. Related questions about whether government can still attract and retain scientific talent may grow louder as agencies begin implementing White House-required workforce reduction plans early this year.

After an historically slow start in the first half of last year, President Trump has increased his pace of nominations for scientific leadership positions in federal agencies, but many top positions remain vacant. He has not appointed a director of the White House Office of Science and Technology Policy, who coordinates scientific programs across government and traditionally also serves as the president’s science advisor. It remains unclear whether Trump intends to fill this position or appoint a President’s Council of Advisors on Science and Technology. He has also not nominated leaders for the Department of Energy Office of Science or the U.S. Geological Survey. Among his nominations, Trump has picked leaders for NASA, the National Oceanic and Atmospheric Administration, and the National Institute of Standards and Technology. However, of these, only NIST Director Walter Copan has cleared the Senate confirmation process. Without confirmed leaders at the top, science agencies are hamstrung in making decisions about new strategy and direction. For details on the status of these and other science leadership positions, consult FYI’s Federal Science Leadership Tracker.

Conversations about the quality of scientific research results have been gaining momentum across a number of fields. Last year, the National Academies releaseda major report on research misconduct that also identified practices deemed “detrimental” to the quality of research. There is widespread agreement within the scientific community that sunlight is the best disinfectant, leading to an expanding interest in “open science” practices. This year, National Academies study committees will be working on two further reports on open science and on the reproducibility and replicability of research results. Federal funding agencies and Congress are also paying attention, but the most immediate policy changes are apt to come from within the scientific enterprise. In particular, journals will likely continue to make increased demands on researchers to provide access to their data, materials, and methods. Researchers in fields where these issues have not been prominent may well hear more about them soon.

The Trump administration has established a policy for energy innovation that calls for reduced government support for “later-stage” technology development and commercialization. Accordingly, it has sought dramatic rollbacks in funding for the Department of Energy’s applied energy offices and the elimination of the Advanced Research Projects Agency–Energy. When Congress finalizes its appropriations for fiscal year 2018, it will become clearer to what degree lawmakers are willing to entertain President Trump’s proposals. The administration’s agenda derives in large part from proposals by the Heritage Foundation, the Institute for Energy Research, and other organizations dedicated to a free-market philosophy. However, there is significant support among many Republicans as well as Democrats for policies that create public–private partnerships at all stages of the innovation pipeline. Even after this year’s appropriations are complete, this conversation will likely remain active throughout the coming year.

Climate science in the hot seat

Over the last year, the Trump administration has downplayed the relevance of climate science to national policy, while Trump’s appointees have expressed a range of opinions on the scientific consensus on climate change. EPA Administrator Scott Pruitt has proposed subjecting the consensus to a public “red team/blue team” exercise. Meanwhile, Trump’s first budget request calls for paring back climate research programs. Even so, federal global change research programs continue to operate with a multi-billion dollar budget. Although climate change information has been removed from many government websites, the National Climate Assessment has proceeded without political interference, and National Oceanic and Atmospheric Administration and NASA scientists have had free rein to speak about their science. NOAA is also opening a new frontier in subseasonal to seasonal prediction services through a program authorized in a recent law signed by President Trump. In 2018, questions include whether the administration will seek to repeal EPA’s formal scientific finding that greenhouse gases endanger public health and welfare — a major step toward undoing Obama-era greenhouse gas regulations — and whether the president and Congress will continue to single out climate research for funding cuts.

As the White House and Congress consider pursuing an initiative to revitalize America’s infrastructure, science stakeholders are likely to push for scientific facilities to be considered as part of the effort. A set of Department of Energy research infrastructure funding authorization bills advanced by the House Science Committee last year are one example of legislation that could be incorporated into a final package. Aside from a national initiative, many research agencies are grappling with perennial challenges related to facilities lifecycle management. One agency to watch in particular is the National Science Foundation, which is currently shoring up its facilities oversight apparatus as it struggles to balancebuilding next-generation facilities with adequately supporting researchers and existing infrastructure. As part of this effort, NSF’s first ever chief research officer for facilities will be advising the NSF director on topics such as how to better support mid-scale projects and make delicate divestment decisions.

US scientific cooperation in the global arena

As the Trump administration has scaled back support over the last year for United Nations-supported scientific collaborations and initiatives, it has also reinforced bilateral partnerships. Last year, the U.S. and U.K. signed the first-ever umbrella S&T agreement, which will support the construction of the Long-Baseline Neutrino Facility, billed as the “first-ever large-scale international science facility hosted by the U.S.” The State Department also recently announced its intent to reaffirm its umbrella agreement for S&T cooperation with the European Union in 2018 and continue U.S. involvement in the post-Horizon 2020 EU R&D funding program. However, some have criticized the administration for not incorporating science advice at high levels of the State Department, and many have warned that the administration’s immigration policies could deter students and scientists from coming to the U.S. The nation’s strategy for international S&T cooperation is apt to remain important for the forseeable future in view of the emergence of China as a global R&D and innovation power.

Career and technical education as vehicle for STEM

Career and technical education (CTE) has emerged as a primary avenue for promoting STEM education during the Trump administration. The White House has focused on cultivating apprenticeship partnerships with the private sector, while the National Science Board has launched a new taskforce focused on characterizing the U.S. skilled technical workforce, building on the board’s interest in better understanding “blue collar STEM.” Meanwhile, the House has moved to expand CTE programs through bipartisan legislation passed last summer to reauthorize the Perkins CTE Act. CTE is also spotlighted in legislation overhauling the Higher Education Act (HEA) that the House Education and Workforce Committee approved last month. Senate Committee on Health, Education, Labor and Pensions Chair Lamar Alexander (R-TN) has indicated that working to reauthorize the HEA will be a top priority for the committee in early 2018.

Scientists’ engagement in the 2018 election

Concern over the Trump administration’s stance toward science has galvanized many scientists to engage more closely with politics and the policymaking process. Beyond the March for Science, a growing number of scientists are running for public office, while others are teaming up with political action committees to promote a “pro-science” agenda in Congress. Meanwhile, early indications of a possible mid-term wave election in November leave open the possibility that committee leaderships could shift to Democrats in 2019. While unlikely to reverse the direction of the Trump administration’s science policy, such an event would certainly alter legislative and oversight agendas in Congress. In any case, the most active center for science policy debate in Congress, the House Science Committee, will have new leadership in 2019 following the retirement of its controversial chair, Rep. Lamar Smith (R-TX). Potential successors could start looking to catch the attention of party leaders over the course of this year.