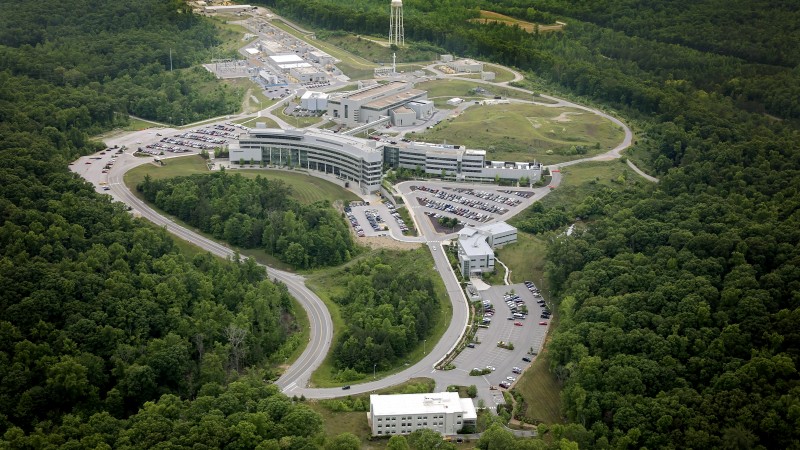 On this day, at 2:04 p.m. on April 28, 2006, the newly constructed Spallation Neutron Source (SNS) delivered its first beam to target. Fifteen years later, the facility has been operating at full power and producing impactful science.

SNS is one of two neutron research facilities at the Department of Energy’s (DOE’s) Oak Ridge National Laboratory (ORNL)—its sister facility is the High Flux Isotope Reactor (HFIR). Operating at 1.4 megawatts, the state-of-the-art SNS is powered by a linear accelerator that delivers pulsed beams of neutrons that enable researchers to study materials at the atomic scale in remarkable detail that, in many cases, cannot be achieved at any other facility in the world.

“I was working at the Institut Laue-Langevin (ILL) in France when the SNS came online. We were watching with awe and excitement as the first neutron spectra trickled across the Atlantic. The tremendous success in transforming first neutrons then into impactful science today has completely validated that day’s excitement. We have come a long way,” said Ken Andersen, the associate laboratory director for Neutron Sciences at ORNL.

Hans Christen, director of ORNL’s Neutron Scattering Division, said, “We have now reached the point where researchers from across the world can count on us for providing the most powerful neutron beams with extraordinary reliability, and where the instruments and instrument teams have gained international recognition for being leaders and valued collaborators. This effort has advanced science in incredibly diverse areas.” 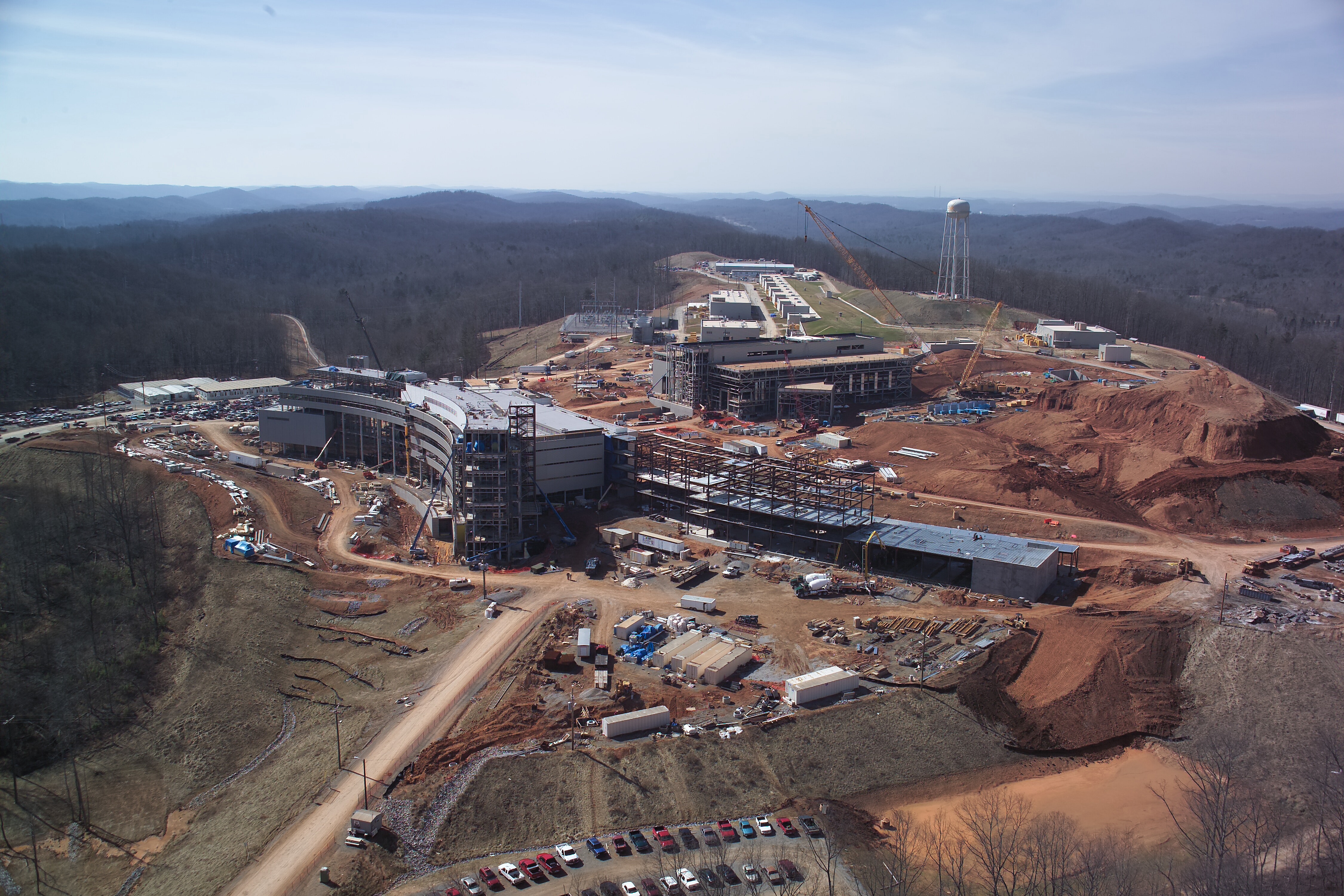 The SNS site in 2004, where major construction was under way on the SNS target building, central lab offices, and
(center) the adjacent wing of the Center for Nanophase Materials Sciences user facility. (Credit: ORNL/Curtis Boles)

Neutrons have properties that allow them to pass through and interact with matter in a nonharmful way that reveals unique information about the arrangement and behavior of atoms.

Typically, each year, hundreds of researchers visit SNS to conduct their experiments. Research at SNS has contributed to more than 5,000 publications, including papers in premier scientific journals like Nature and Science.

Significant contributions and discoveries made by SNS include: 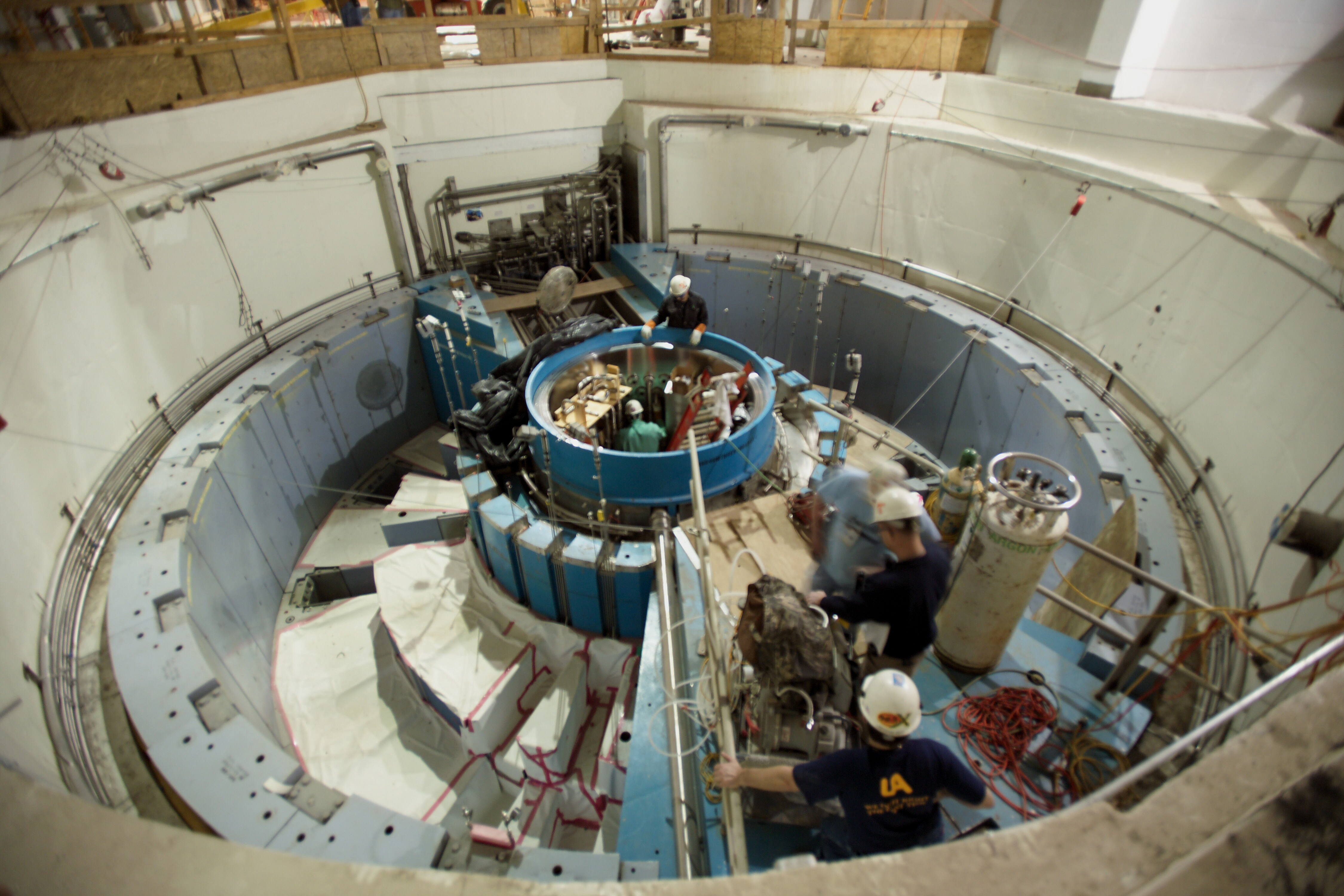 From 2005, installation nearing completion of the target building interior where neutrons are created
via spallation and sent to the surrounding instruments for research. (Credit: ORNL/Curtis Boles)

Construction is currently under way on the Proton Power Upgrade, a project that will double the power of the linear accelerator from 1.4 to 2.8 megawatts. The power increase will allow researchers to study smaller samples and will provide enough power to support the Second Target Station, which will feature different types of neutrons and more instruments with cutting-edge technology for new types of research not possible anywhere else.

“The excitement of completing the SNS project on cost and on schedule 15 years ago today remains palpable,” said John Galambos, director of the Proton Power Upgrade. “It’s a testament to what we can do when we all work together and a strong motivator to continuously strive for excellence.”

“The SNS accelerator has made tremendous progress in its reliability metrics over the last 15 years, and now routinely delivers greater than 90% reliability,” said Sarah Cousineau, section head of Accelerator Science and Technology in the Research Accelerator Division. “This has been an extraordinary all-division effort to identify and overcome numerous science and technology challenges. We are very proud of this accomplishment and are looking forward repeating this success with PPU beam power levels.”