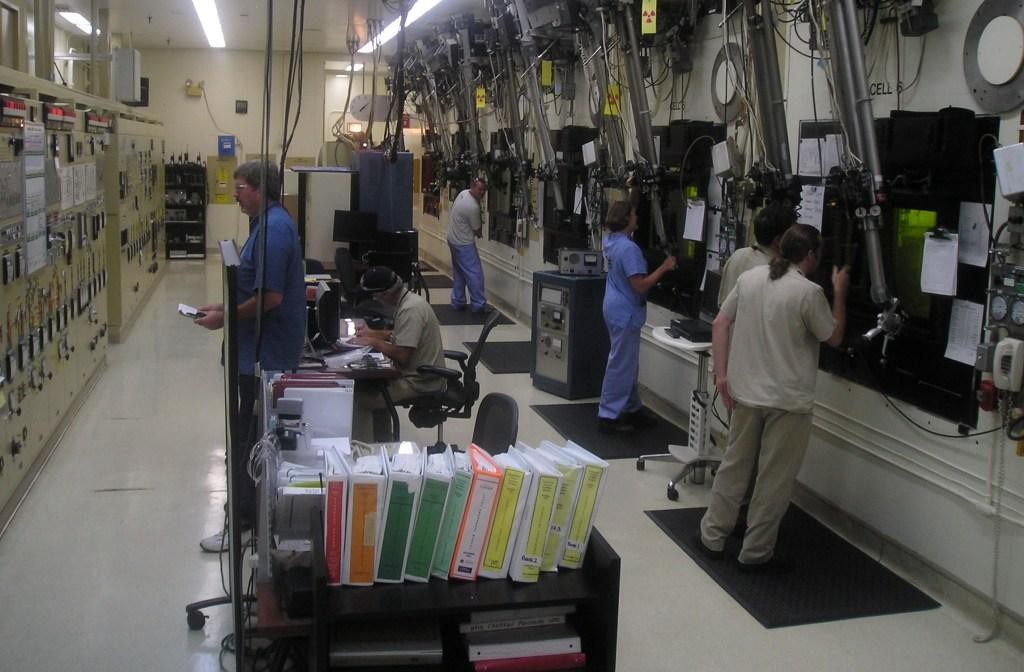 Oak Ridge National Laboratory is heading the government’s effort to reestablish a domestic supply of plutonium-238 for the U.S. space program over the next decade, using the High Flux Isotope Reactor to produce the unique isotope of plutonium and a series of shielded hot cells and special labs to separate and purify the intensely radioactive material.

During test operations over the past couple of years, ORNL has generated a small amount of Pu-238 — about 130 grams — and demonstrated the production capabilities needed for the program. The goal of the NASA-funded program is to annually produce an average of 1.5 kilograms of plutonium per year. Initial production could begin as early as 2019, depending on funding levels, and gradually ramp up in the years that follow.

The current year’s funding is $17 million, with $15 million expected in 2016. “We anticipate similar levels of support in the coming years,” said John Krueger, the program manager.

ORNL has been designated as the Department of Energy’s lead laboratory for the project, working in partnership with two other national labs, Los Alamos and Idaho, to provide the plutonium that’s needed for power sources — known as radioisotope thermoelectric generators or RTGs — on deep-space missions where solar power is not an option. For instance, the Mars “Curiosity” Rover is powered by a plutonium-based RTG.

The United States has not had a domestic source of Pu-238 since 1988, and part of the current U.S. inventory (estimated at about 35 kilograms) was purchased from Russia. Given the geopolitical climate, foreign sources are not considered to be reliable for future needs.

In a Friday interview at ORNL, Krueger and Bob Wham, the technical leader for the plutonium work, provided a tour of facilities in the reactor complex and explained the plans.

The desired isotope of plutonium is produced by inserting targets of neptunium-237 in slots outside the Oak Ridge reactor’s nuclear core. The targets are irradiated in the reactor for three operating cycles — each cycle lasting about 24 days — to produce the optimum amount of plutonium-238. The targets are then dissolved with acid and chemically processed to remove the plutonium, which is then purified and eventually treated to produce an oxide in powder form. Once production begins in earnest, the oxide powder will be shipped to Los Alamos — where the plutonium will be pressed into pellets for fuel in the RTGs.

Oak Ridge receives quantities of neptunium from Idaho National Laboratory and manufactures the targets in the Radiochemical Engineering Development Center, which is adjacent to the High Flux Isotope Reactor.

Idaho’s Advanced Test Reactor will also be used for plutonium production. Krueger said it will take both the Oak Ridge and Idaho reactors to meet the goal of 1.5 kilograms a year.

According to Wham, each radioisotope thermoelectric generator uses about 4.8 kilograms of plutonium-238. So it will take about three years of work — once the plutonium program reaches full-scale production — to provide enough nuclear material for a single space mission.

It’s projected that the current U.S. inventory would probably last until about 2024, but ORNL officials hope to provide fresh material before then to augment the supply and improve the purity of the stockpile.

Some of the plutonium in the existing inventory doesn’t meet the quality specifications. ORNL officials said the plutonium to be shipped from Oak Ridge to Los Alamos in New Mexico will be about 99 percent pure.

Unlike its sister isotope, plutonium-239, which is used in nuclear weapons, Pu-238 is not fissionable. But it decays more rapidly — with a half-life of about 88 years — and has higher radiation fields.

He said the ORNL reactor and related facilities were constructed specifically for production and research on heavy elements, such as curium and californium, that pose similar challenges.

“Consequently, the necessary gloveboxes, hot cells and other containment and safety systems are already in place, have been operated safely over the history of the laboratory, and are very well maintained,” Krueger said.

“It’s really a matter of using existing expertise and existing infrastructure and adapting it to a new production line.”