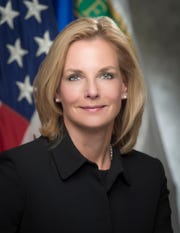 The Office of Acquisition and Project Management was established to improve the NNSA’s contract and project management performance and capital project delivery.

Despite the aspiration of a world without nuclear weapons, we must take the world as it is, not as we wish it were. Potential peer competitors such as Russia and China are investing massive resources into upgrading and expanding their nuclear arsenals, while regional adversaries such as North Korea and Iran defy the international community’s decrees regarding their nuclear and missile programs. Worse, these states have made clear that nuclear weapons will be a vital element of their statecraft as they threaten U.S. interests around the world.

While I understand that people can reasonably disagree about how best to conduct U.S. foreign and defense policy in the face of these challenges, one truth remains: As long as there is a single nuclear weapon in our arsenal, we will need the National Nuclear Security Administration to ensure the safety, security and effectiveness of the U.S. nuclear weapons stockpile.

Although the NNSA itself was established by an act of Congress as a semi-autonomous agency within the U.S. Department of Energy in 2000, our heritage goes back to the Manhattan Project. For more than 75 years, the effectiveness and credibility of America’s nuclear weapons capability has reassured friends and allies, contributed to international stability during the Cold War and kept Americans safe from nuclear attack.