On Nuclear Waste, Finland Shows U.S. How It Can Be Done

On Nuclear Waste, Finland Shows U.S. How It Can Be Done 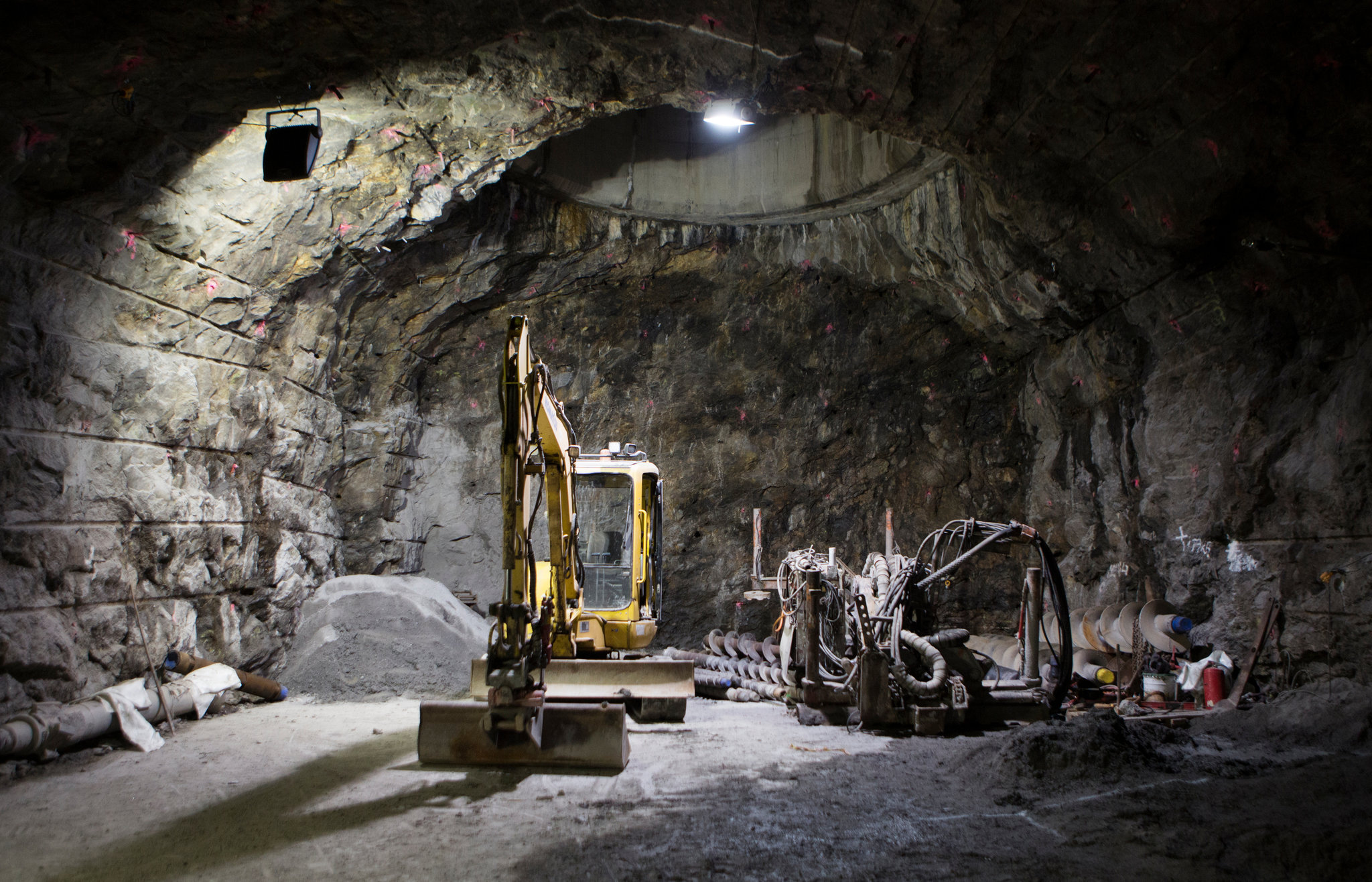 Excavating equipment at the site of what will be the world’s first repository for spent nuclear reactor fuel, deep in granite bedrock in Finland. Credit Miikka Pirinen for The New York Times

OLKILUOTO ISLAND, Finland — Beneath a forested patch of land on the Gulf of Bothnia, at the bottom of a steep tunnel that winds for three miles through granite bedrock, Finland is getting ready to entomb its nuclear waste.

If all goes well, sometime early in the next decade the first of what will be nearly 3,000 sealed copper canisters, each up to 17 feet long and containing about two tons of spent reactor fuel from Finland’s nuclear power industry, will be lowered into a vertical borehole in a side tunnel about 1,400 feet underground. As more canisters are buried, the holes and tunnels — up to 20 miles of them — will be packed with clay and eventually abandoned.

The fuel, which contains plutonium and other products of nuclear fission, will remain radioactive for tens of thousands of years — time enough for a new ice age and other epochal events. But between the two-inch-thick copper, the clay and the surrounding ancient granite, officials say, there should be no risk of contamination to future generations.

“We are pretty confident we have done our business right,” said Timo Aikas, a former executive with Posiva, the company that runs the project. “It seems the Olkiluoto bedrock is good for safe disposal.”

The repository, called Onkalo and estimated to cost about 3.5 billion euros (currently about $3.9 billion) over the century or so that it will take to fill it, will be the world’s first permanent disposal site for commercial reactor fuel. With the support of the local municipality and the national government, the project has progressed relatively smoothly for years.

That is a marked contrast to similar efforts in other countries, most notably those in the United States to create a deep repository in Nevada. The Yucca Mountain project, which would handle spent fuel that is currently stored at 75 reactor sites around the country, faced political opposition from Nevada lawmakers for years and was defunded by the Obama administration in 2012.

Now, with the backing of the nuclear power industry — and with the retirement of Yucca Mountain’s chief nemesis, Senator Harry Reid of Nevada — the Trump administration wants to take the project out of mothballs. But its fate remains uncertain.

Experts in nuclear waste management say the success of the Finnish project is due in part to how it was presented to the people who would be most affected by it. Each community under consideration as a repository location was consulted and promised veto power should it be selected.

In the United States, Congress in 1987 pre-emptively directed that only Yucca Mountain be studied as a potential site, effectively overruling opponents in Nevada who were worried that the project might affect water supplies or otherwise contaminate the region.

“When you look at the Finnish repository, it’s natural to admire the technical accomplishment,” said Rodney C. Ewing, a professor at Stanford and former chairman of the Nuclear Waste Technical Review Board, an independent federal agency that reviews Energy Department programs, including Yucca Mountain. “But of equal importance has been the social accomplishment.”

Click here to read the rest of the article.