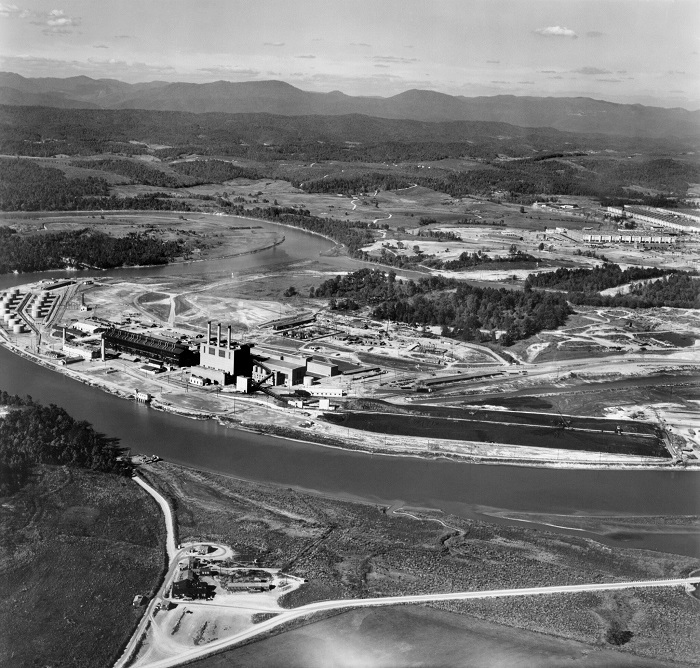 EM crews at Oak Ridge have laid protective soil over a 9-acre parcel at East Tennessee Technology Park (ETTP) where an oil tank farm once sat, and they’re preparing 21 acres of adjacent land for soil cover to improve site drainage.

The oil tank farm, which operated in the 1940s and 1950s, was used to house fuel for the former K-770 Powerhouse. That facility powered early operations at the former uranium enrichment site.

The tank farm was dismantled in the mid-1950s. Asbestos on the tanks and piping was buried at the site. Years ago workers attempted to remove the buried asbestos but not all of it could be located. The new soil cover is intended to prevent future exposure of any remaining asbestos.

“With core cleanup completed at ETTP, including removal of all unnecessary buildings, the focus at the site is on soil remediation,” said James Daffron, acting ETTP portfolio federal project director. “The protective soil layer over K-770 will reduce site risks as ETTP continues its transformation to a multi-use industrial park, national park, and conservation area.”

Oak Ridge and its cleanup contractor, UCOR, used innovative GPS technology in the K-770 remediation project to establish proper drainage of the tract while ensuring a 2-foot soil cover.

The precise GPS technology helped workers place soil over the site’s various contours. The system was installed in a handheld device as well as the bulldozer used in the project. The system maps out contours and informs the operator of how much soil is needed to achieve desired contours. This practice allows for appropriate drainage on the site.

“This technology allowed UCOR to use less dirt because it provided essential information that allowed appropriate mapping and coverage of the site,” said Ken Whittle, UCOR project manager. “We precisely followed the contours and were able to consistently place the cover at the right depth, saving time and the cost of additional fill dirt.”

Workers then seeded the site to create a grassy field.

UCOR is now removing vegetation from the adjacent 21-acre area, which was once used as a scrapyard. That work prepares the site for soil coverage, which allows for proper drainage. Removal of the scrap was completed in 2007, and workers excavated and removed contaminated soil.