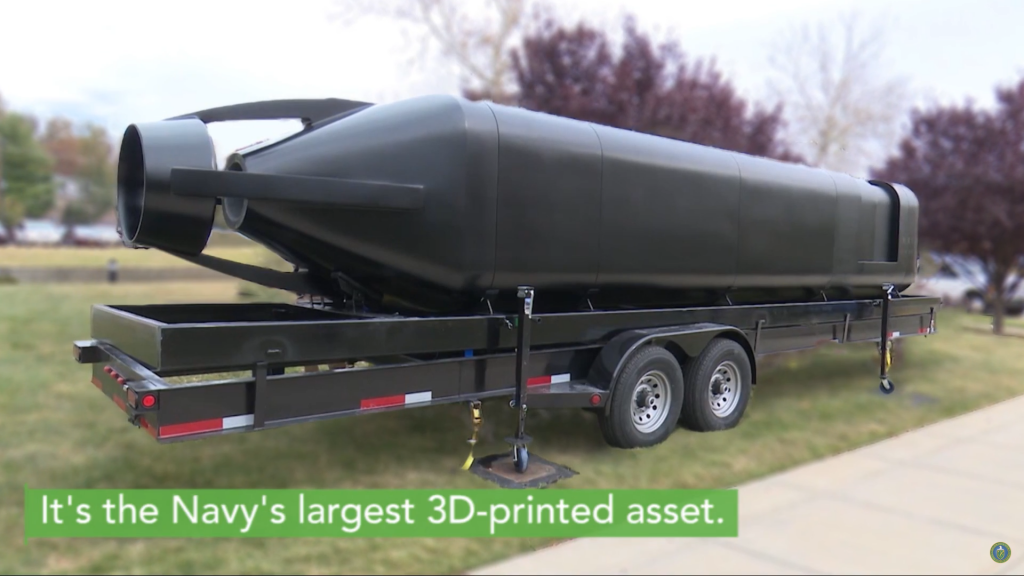 In a partnership with the Navy’s Disruptive Technology Lab, Oak Ridge National Laboratory (ORNL) has made the military’s first 3D printed submarine hull.

At 30 feet long, the hull is the Navy’s largest 3D printed asset. It has been made to demonstrate the ability to meet on demand vehicle production as a response to special operations missions.

It was made in plastic using ORNL’s FDM Big Area Additive Manufacturing (BAAM) technology, commerciliazed as a 3D printer by Ohio based Cincinnati Inc.

The challenge for Navy engineers was to produce the hull within a four week deadline.

First, the SDV blueprint had to be optimized for 3D printing, and divided into a 6 unit modular design. 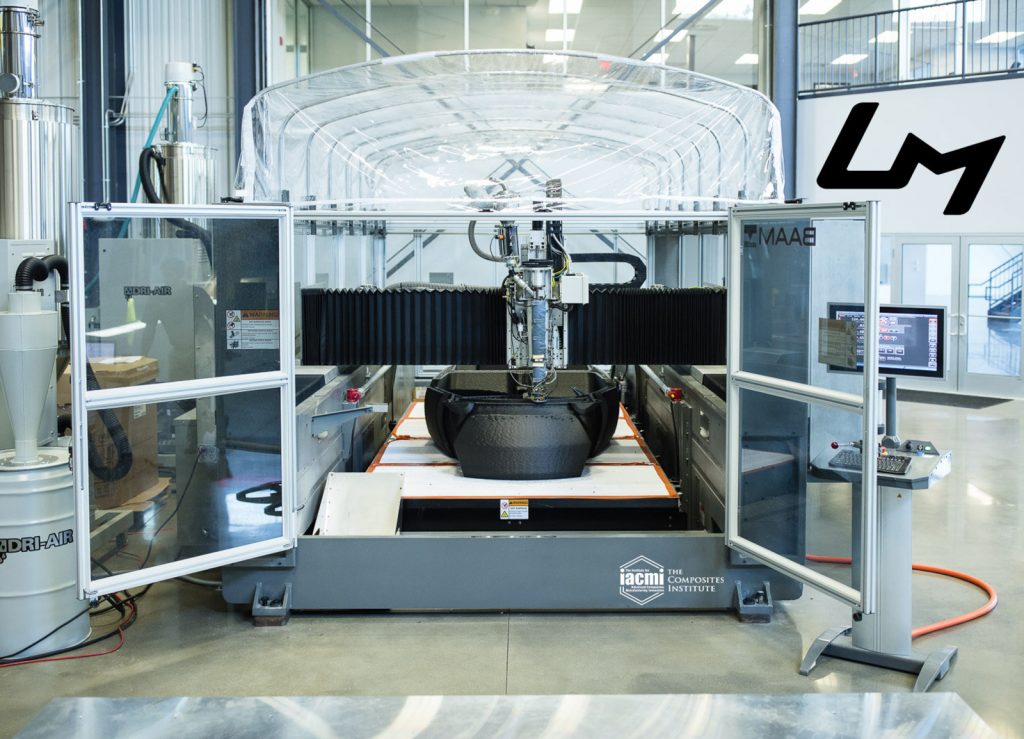 ORNL’s A Big Area Additive Manufacturing (BAAM) machine in use to print the Strati car. Photo via IACMI

By the second week, BAAM had started, continuing around the clock for another 7+ days. The first assembly was completed within the third week, shaving up to seven days off of the initial deadline.

A second version of the hull is to be created for testing in the wave pool at the Carderock Division of the Naval Surface Warfare Center. First fleet-ready prototypes are expected as early as 2019.

ORNL’s BAAM machine has also been used to make jeeps and the Strati car from Arizona’s Local Motors.