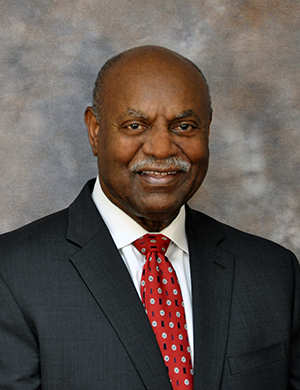 Harold Conner, who has worked in the DOE complex for 50 years, was recently named an American Institute of Chemical Engineers Fellow.

When it comes to leadership roles in DOE projects, Harold Conner is something of a legend. Over the span of 50 years, his talent, knowledge, and expertise have led to a diverse career across the DOE complex.

Now, he is using his vast experience to support the cleanup mission in Oak Ridge — where his career began.

Conner has worked at the gaseous diffusion plants in Paducah, Kentucky and Portsmouth, Ohio as well as the Idaho National Laboratory, the Savannah River Site in South Carolina, and the Lawrence Livermore National Laboratory in California.

“Harold’s insight and perspective is incredibly valuable to our cleanup mission,” said Jay Mullis, manager of the Oak Ridge Office of EM. “We are very fortunate to have people with his level of experience and qualifications supporting our efforts locally.”

After working at other DOE sites, Conner returned to Tennessee, where he was recently named an American Institute of Chemical Engineers Fellow. Fellow represents the highest level of membership, and it is achieved only through election by the board of directors based on lifetime career achievements.

While pursuing his undergraduate degree, Conner began his career as a co-op student at the former Oak Ridge Gaseous Diffusion Plant (K-25 Site), now known as the East Tennessee Technology Park (ETTP). His entry-level co-op routine of working one quarter and going to school the next eventually earned him a fulltime job at Oak Ridge after graduating from the university.

Conner spent the next 33 years working in almost every facility at ETTP, eventually being named K-25 site manager and later vice president of environmental management and enrichment facilities. In that latter role, Conner managed 3,000 workers and a $500 million budget for operations in Oak Ridge, Paducah, and Portsmouth.