DOE’s Oak Ridge Office of EM (OREM) recently previewed the K-25 History Center and launched a project to share the site’s history at an event with cleanup contractor URS | CH2M Oak Ridge and the City of Oak Ridge. 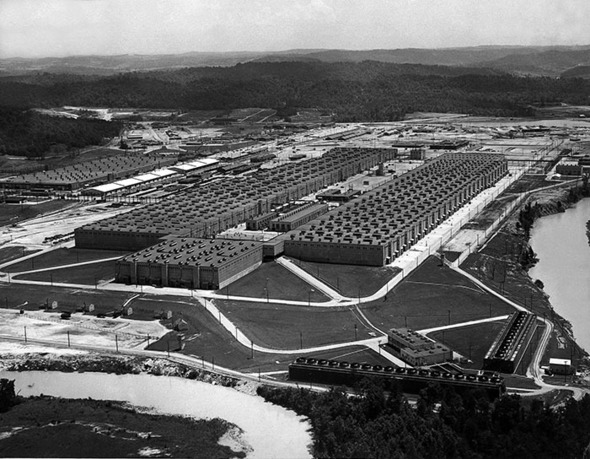 Spanning 44 acres, K-25 was once the world’s largest structure.

When crews finished constructing Building K-25 in 1945, it was the world’s largest structure. Its size rivaled only the importance of its mission — to help end a global war. Despite the facility’s 44-acre footprint and urgent work, the public would not learn of their existence in the Secret City until the end of World War II.

OREM is working to preserve and highlight that story by constructing the K-25 History Center, Equipment Building, and Viewing Tower — key elements of a 2012 historic preservation agreement.

“Although the building is no longer standing, OREM and its partners understand the historical significance of the site,” said Jay Mullis, acting OREM manager. “We have made a substantial investment to ensure future generations can hear and understand the amazing story behind the men and women who constructed and operated the former K-25 site.” 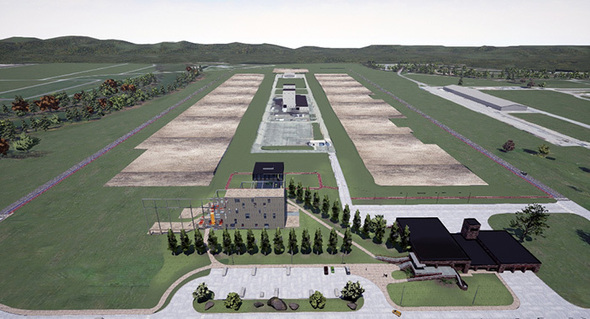 The K-25 History Center, Equipment Building, and Viewing Tower will be located next to the footprint of the former K-25 Building, which is now part of the Manhattan Project National Historical Park.

The new facility features a theater and a 4,400-square-foot exhibit gallery with oral histories and artifacts commemorating K-25’s history.

“This project will help preserve the history of one of the most significant facilities in modern times,” Oak Ridge Mayor Warren Gooch said. “But more importantly, as we celebrate the 75th anniversary of our community, it is a tribute to the men and women whose work shaped the outcome of World War II and the Cold War.”

OREM expects to begin building the history center, three-story Equipment Building, and 70-foot Viewing Tower in 2018. The Equipment Building design replicates the exterior of the K-25 building and houses a representative cross-section of gaseous diffusion technology. An enclosed observation deck at the Viewing Tower will provide a 360-degree view of the site. 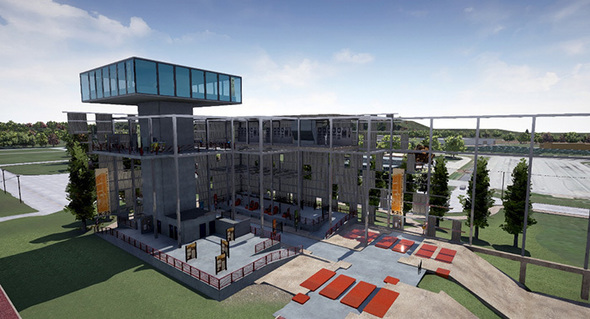 They will highlight the technological accomplishments and scale of the former uranium enrichment site.

Those East Tennessee Technology Park (ETTP) projects are independent of the Manhattan Project National Historical Park established in November 2015. The K-25 footprint — the concrete slab on which the massive building once stood — has been incorporated into the park, which is adjacent to the site of the Equipment Building and Viewing Tower.

ETTP uranium enrichment operations ceased in 1985. The site was shut down in 1987, and cleanup began in 1989. DOE is working to transform the site into a private-sector industrial park. 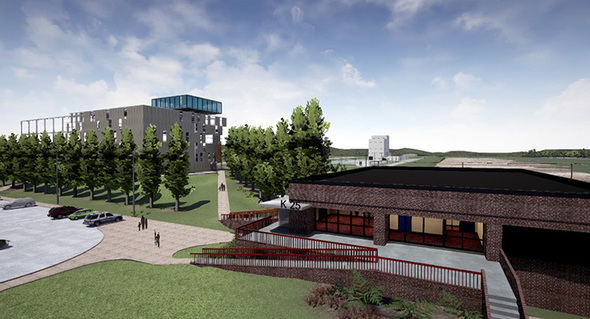 In 2012, the Oak Ridge Office of EM signed an agreement to construct the K-25 History Center, Equipment Building, and Viewing Tower, set to open in 2019.