Oak Ridge Celebrates Completing One Year of Shipments to WIPP

Oak Ridge Celebrates Completing One Year of Shipments to WIPP 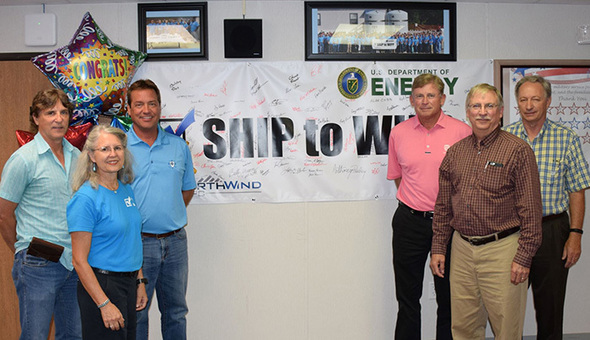 Prior to August 2017, Oak Ridge’s last shipment to WIPP was completed in 2012. WIPP suspended operations in February 2014 when a truck fire and unrelated radiological event temporarily closed the facility. Shipments to WIPP resumed in 2017.

During the past 12 months, employees at the TWPC have prepared more than 50 shipments that sent 1,564 drums of transuranic waste for disposal in the geological repository in New Mexico.

“Continuing to reduce the inventory of transuranic waste stored onsite is one of our highest priorities,” said Bill McMillan, Oak Ridge National Laboratory (ORNL) portfolio federal project director for the Oak Ridge Office of EM (OREM). “These shipments are steadily reducing the risks in Oak Ridge and helping us move closer to fulfilling our regulatory commitments.”

Transuranic waste consists of materials and debris contaminated with elements with a higher atomic mass than uranium. The majority of Oak Ridge’s inventory originated from previous research and isotope production missions at ORNL.

“We’re proud to stand in front of the ‘Ship to WIPP’ banner with so many signatures demonstrating that a team effort was needed to make the first shipment, and that has not changed with each subsequent shipment,” said Linda Beach, TWPC program manager.

Completing a full year of shipments to WIPP required coordination among personnel at the OREM and TWPC, Carlsbad Field Office (CBFO) and its Central Characterization Project (CCP), mobile load team, and drivers.

CBFO and CCP were critical to the success, maintaining a pipeline of WIPP-approved drums for employees in Oak Ridge to pull and stage for loading.

“We look forward to more safe years of shipping,” said Chris Leichtweis, CEO and president of North Wind Group, which operates the TWPC on behalf of OREM. “North Wind maintains this strong safety culture through their employees’ questioning attitudes, safety conscious work, looking out for one another, and active participation in a team environment.”