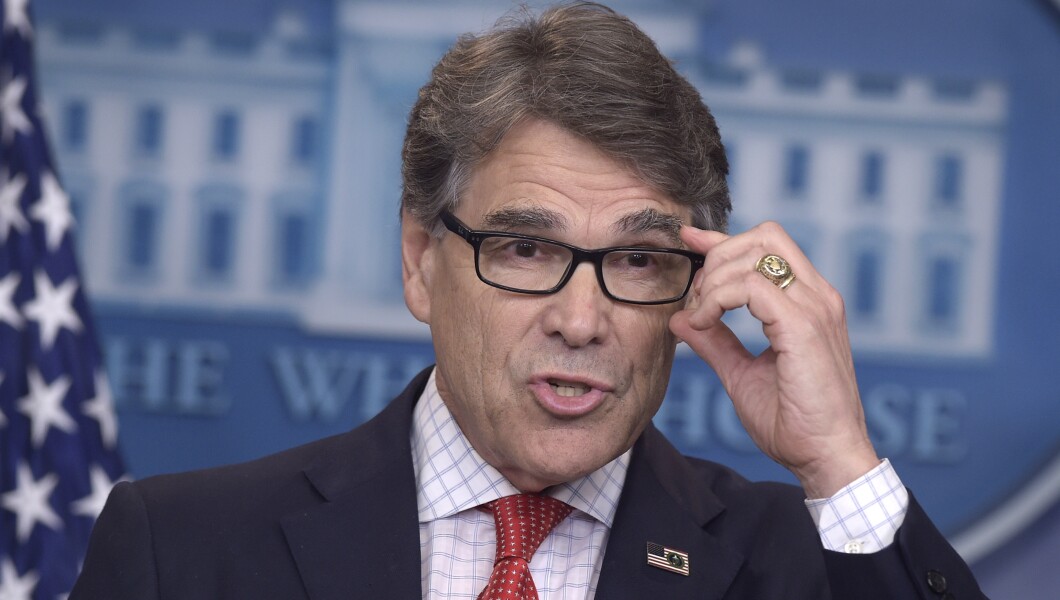 President Trump faces a nuclear weapons program rife with distrust between the Energy Department and Pentagon as he pushes for a new and improved nuclear weapons arsenal, according to a study by the National Academies of Sciences issued Tuesday.

The report looks to address the trust issue as one of “five serious concerns” across the U.S. nuclear weapons program, which is housed within the Energy Department at the National Nuclear Security Administration. The Defense Department is the Department of Energy’s customer for nuclear weapons.

Energy Secretary Rick Perry oversees the large fleet of national labs in charge of research and development for nuclear weapons and power plants. But it’s a long way from perfect, as the report shows.

“Insufficient collaboration between DOE/NNSA and Department of Defense weapons customers, resulting in misunderstanding, distrust, and frustration,” is number five on the study’s list of top concerns.

The top concern is the total “lack of sustained national leadership focus and priority,” according to the report.

Perry is set to testify Wednesday before the House Appropriations Committee on his department’s fiscal 2019 budget, where he is bound to face stiff questions over the state of the nuclear arsenal and the extent to which he is aware of the problems in the report. The nuclear weapons component takes up nearly half of the Energy Department’s budget in the fiscal 2019 request.

The report is the second in a series of studies developed over the last four years to propose fixes to a broken and dysfunctional nuclear weapons enterprise. The five concerns were first published when the National Academies began its initial review in 2014. Now the Academies are aimed at fixing them.

Tuesday’s study comes just weeks after the Nuclear Posture Review was issued by the White House, outlining its policy for nuclear weapons development. Since many of the problems stem from a lack of strategic thought, the administration is now in the right frame of mind to address the problems in the report, the study said.

“With the release of the 2018 Nuclear Posture Review and the appointment of a new NNSA administrator, NNSA is faced with an excellent opportunity — and challenge — to move from a tactical to a strategic approach for executing the critical mission of the enterprise,” the study reads.

The report calls on the NNSA to “expeditiously” create two plans, one a strategic plan for the entire nuclear security program. The second would be to “guide the ongoing program of governance and management reform,” the report said.

“The emphasis in both cases must be on creating a strategic vision that is clearly connected to mission,” it said. “This is not a call to develop new processes and reports per se, which should follow only once clear and well-rationalized direction has been set.”