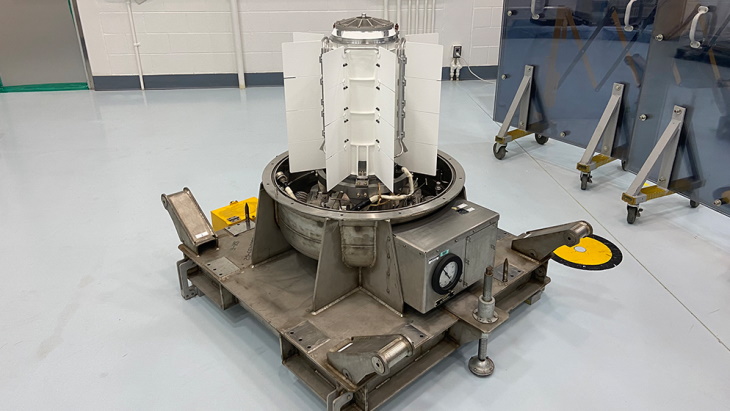 The US Department of Energy (DOE) has delivered the nuclear power system for the Perseverance rover for NASA’s Mars 2020 mission which is due to launch next month. The Multi-Mission Radioisotope Thermoelectric Generator (MMRTG) was fuelled, built and tested by DOE’s national laboratories.

Radioisotope power systems (RPS) convert heat generated by the natural decay of plutonium-238 (Pu-238) into electrical power. The MMRTG will provide electricity for the basic operations of the rover and to keep its tools and systems at optimal temperatures. It has an operational lifespan of 14 years.

The DOE in 2015 restarted US production of Pu-238 for the first time since 1988. It now maintains the essential infrastructure to help fuel, build and test RPSs for NASA. Perseverance will be the first rover to use plutonium created by DOE’s Oak Ridge National Laboratory (ORNL), which along with Idaho and Los Alamos national laboratories is working to increase US production of Pu-238 for deep space exploration. ORNL in February automated part of the production process allowing it to produce up to 400 g of Pu-238 per year, moving closer to NASA’s goal of 1.5 kilograms per year by 2025.

The RPS for Perseverance was assembled, tested and delivered by Idaho National Laboratory (INL) to Kennedy Space Center in Florida. A team from the laboratory will monitor the power system around the clock until the launch, on a United Launch Alliance Atlas V 541 rocket, which is currently scheduled for 9:15am EDT on 17 July. Perseverance will land on Mars in February 2021 and will spend at least one Mars year (two Earth years) exploring the landing site region, an ancient river delta in a lake that once filled the planet’s Jezero Crater.

DOE’s next MMRTG is set to power the Dragonfly rotorcraft lander mission to explore Saturn’s largest moon, Titan. That mission is expected to launch in 2026, arriving on Titan in 2034.