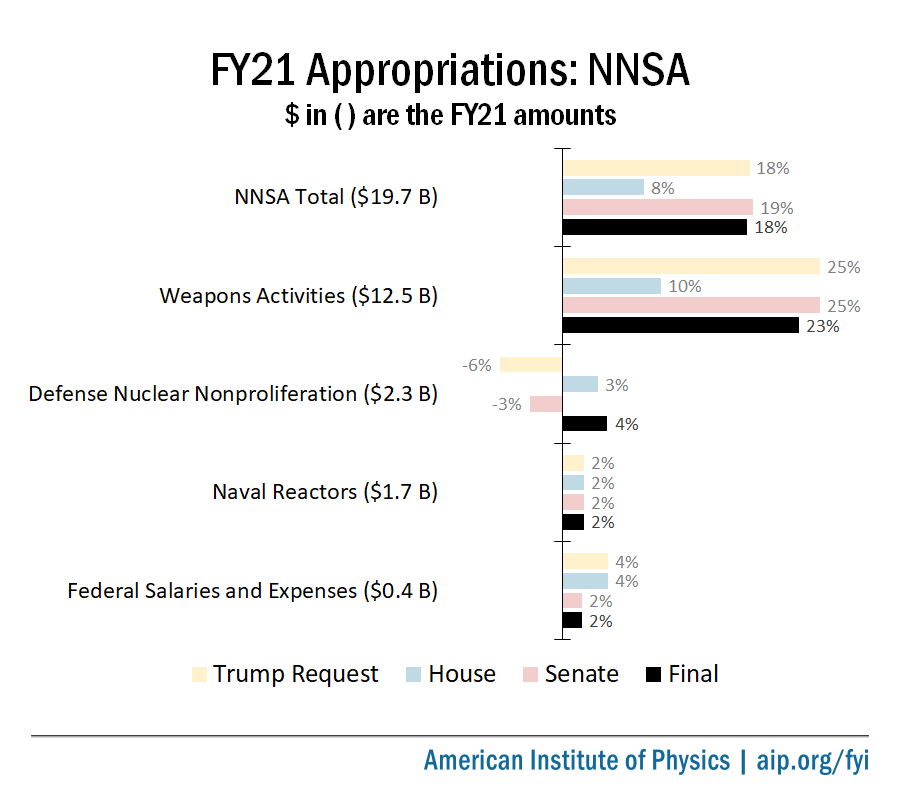 The National Security Administration budget is surging by $3 billion to nearly $20 billion for fiscal year 2021, with most of the increase directed to modernizing the U.S. nuclear weapons stockpile and associated infrastructure.

The National Nuclear Security Administration’s appropriation for fiscal year 2021 increases the agency’s budget by $3 billion to just under $20 billion, nearly matching what the Trump administration requested.

Most of the additional funding is for modernizing the U.S. nuclear weapons stockpile and associated infrastructure, building on a budget surge that began in 2015 when NNSA’s topline stood near $11 billion. The legislation also increases funding for nuclear nonproliferation programs by $96 million to $2.26 billion, distributed across efforts to secure nuclear materials domestically and abroad, as well as efforts to minimize their use and detect clandestine nuclear activities.

An explanatory statement accompanying the legislation provides funding and policy direction, and language from the House Appropriations Committee report conveys additional direction unless specifically negated in the final statement. The Senate Appropriations Committee did not formally submit its report, but language from a publicly released draft is incorporated in the explanatory statement. For summary tables, consult the FYI Federal Science Budget Tracker.