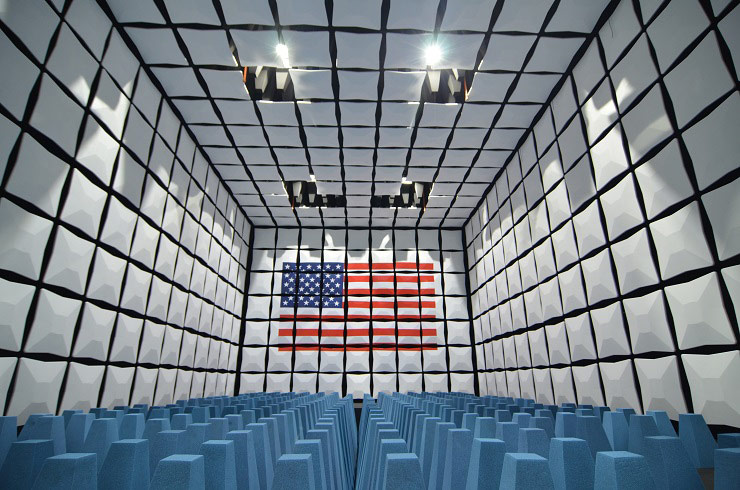 The National Broadband Interoperability Test Bed at the Boulder, Colorado, campus of the National Institute of Standards and Technology. The Senate has proposed that DOD establish two such test beds to support R&D focused on defense applications of 5G technology. (Image credit – NIST)

The House and Senate have completed work on their respective versions of the annual legislation that updates U.S. defense policy. The bills include numerous proposals related to DOD’s research laboratories, innovation policy, nuclear weapons, research security, and climate change, among other areas.

Before the House and Senate departed for August recess, both chambers passed their respective versions of this year’s National Defense Authorization Act (NDAA). The annual legislation updates policy for the Department of Defense and National Nuclear Security Administration and always includes numerous provisions bearing on R&D, the nuclear weapons complex, and other science-related matters.

When lawmakers return to Washington in September, a conference committee will convene to reconcile the bills into a final version. Traditionally, the committee reaches a bipartisan compromise, which has enabled the enactment of an NDAA for 57 years in a row. Congress moved unusually quickly last year, completing its work well in advance of the new fiscal year, which starts on Oct. 1. However, things are unlikely to go quite so smoothly this time around.

Democrats’ takeover of the House has empowered them to hold their ground on some of their highest priorities, which led them to pass the House NDAA bill without any Republican votes. Now, it will be up to conferees to work through a number of contentious issues, among them a proposal to block the Trump administration from deploying new low-yield nuclear weapons. There is, though, less dispute about creating a new space-oriented military service branch — President Trump’s widely publicized “Space Force” — which is set to begin its existence in a relatively modest form.

Another question is whether the final NDAA will incorporate legislation setting policy for U.S. intelligence agencies, which the Senate included in its bill but the House passed separately. The two versions of that legislation contain their own science-related provisions, which are included in this review.