NASA’s Plutonium Tours around U.S. Before Heading to Mars

NASA’s Plutonium Tours around U.S. Before Heading to Mars 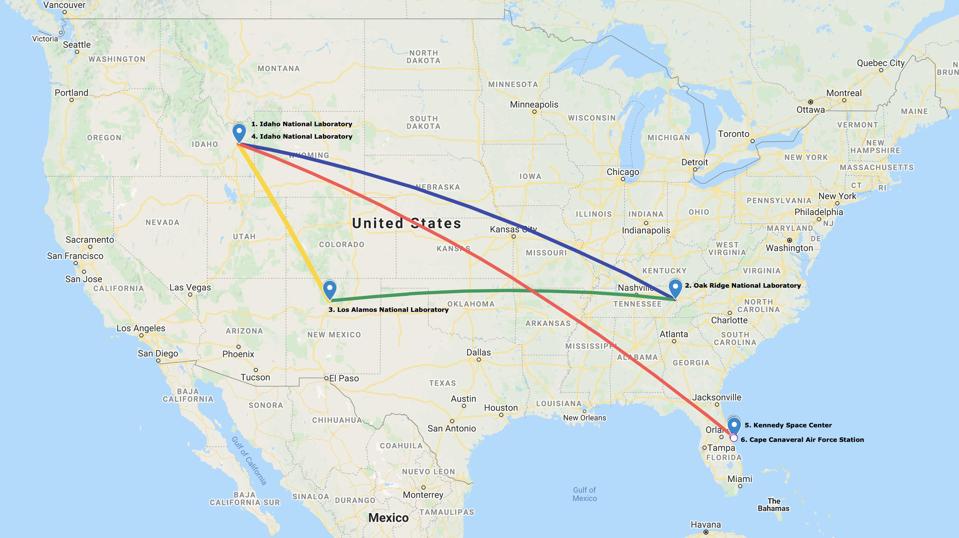 The Plutonium Pathway followed by Pu-238 used in the nuclear batteries that fuel NASA rovers. MADE WITH GOOGLE MAPS

The plutonium-238 that powers NASA’s rovers on Mars crisscrosses the United States first on a tour of national laboratories.

Department of Energy officials outlined the path and process of manufacturing the Pu-238 for the Perseverance Rover that launched in July and is already about two-thirds of the way to the Red Planet.

“Perseverance’s nuclear heart completed its own journey of seven years and nearly 5,000 miles before finally meeting up with the rover at Kennedy Space Center in Florida,” said Matt Dozier, the host of DOE’s Direct Current podcast.

NASA uses a solid-state nuclear battery, called a Multi-Mission Radioisotope Thermoelectric Generator, instead of, say, solar arrays, so the rover can keep operating during dust storms and the Martian night. With a halflife of 90 years, Pu-238 can keep a craft powered for decades.