Members of the office of Nuclear Energy in Trump’s DOE and leading figures in nuclear industry conducted a forum about the new developments and the future in nuclear technology. 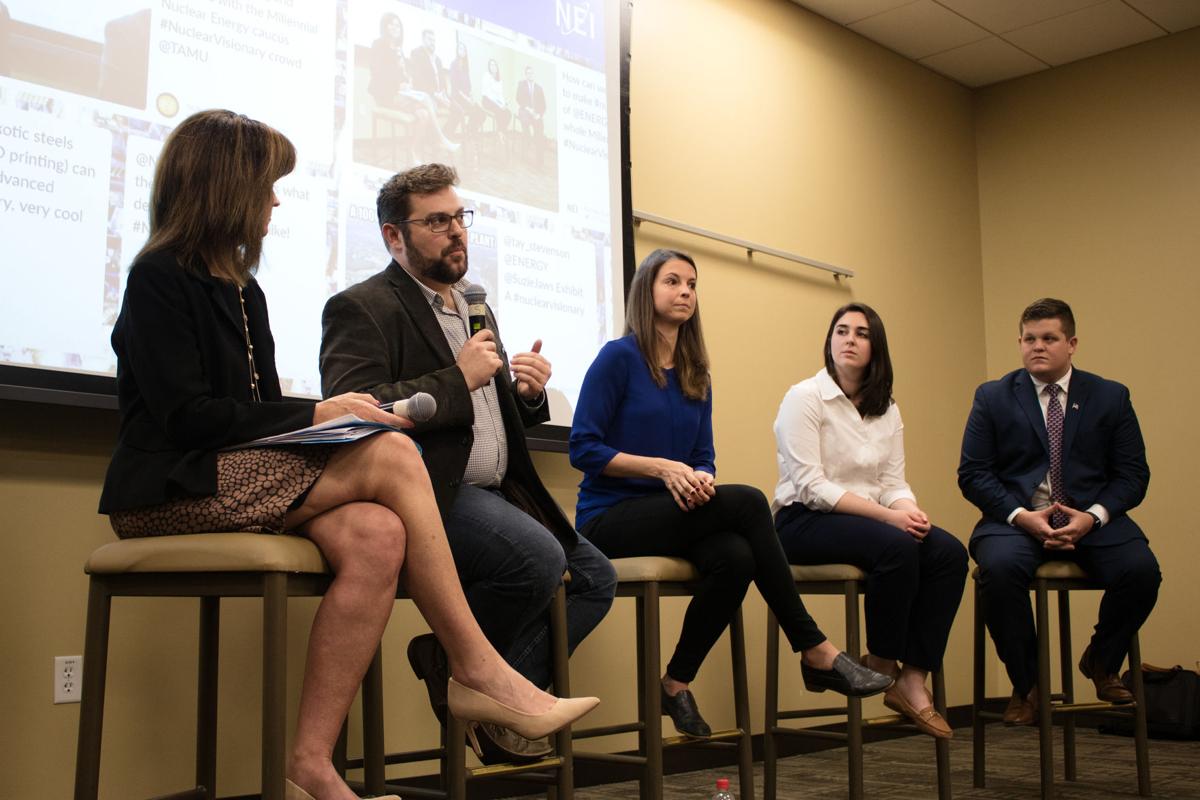 The Millenial Nuclear Caucus forum addressed the current state of nuclear energy, technology and future developments the industry might include.

Suzie Jaworowski, Senior Advisor to the Office of Nuclear Energy at the U.S. Department of Energy, moderated the panel and began the discussion by stating her position and responsibilities in the Trump administration.

“I was one of the few people who were on the landing team with the Trump administration … my mission is to do educational outreach about nuclear technology,” Jaworowski said.

The future of nuclear energy in the United States and around the world will include overall advancements, according to Dan Vega, Class of 2005. Vega currently works for the Department of Energy’s Office of Nuclear Energy as well as serving as the DOE’s federal chair of a bilateral forward processing group with South Korea.

“I see a future in which we have a higher energy share overall, powered by advanced reactors that can come from both smaller smarter designs and improving the technology that we already have,” Vega said.

“At NuScale we are lucky to be working for a company that is on the forefront of innovative technology and designing small modular reactors that are inherently safe and scaleable and can be used to meet the needs of a diverse energy ecosystem,” Kollar said.

A question and answer session was open to the public and one audience member asked about the Trump administration’s commitment to nuclear energy, since the submitted budget for the DOE Nuclear Energy is 25 percent below the previous year.

“The budget scenario of 2017 versus this year’s budget ask is different … the budget we have put out is mission focused … supporting the existing fleet [of nuclear reactors] … and supporting infrastructure,” Jaworowski said.

Jacob Mereut, nuclear engineering junior, said he attended the event because of his interest in the panelists’ work. While in attendance, he asked the panel if the security of nuclear plants against cyber warfare, quoting statistics he read in a book.

“In 2016 there were a reported 295 attacks on the energy grid, seven of which targeted nuclear reactors … so is there a future in nuclear cyber security or some other measures being taken to prevent these attacks, ” Mereut said.

The panelists came to the general conclusion that even though there are not many digital aspects to nuclear plants currently being worked on, there are precautions that must be taken.