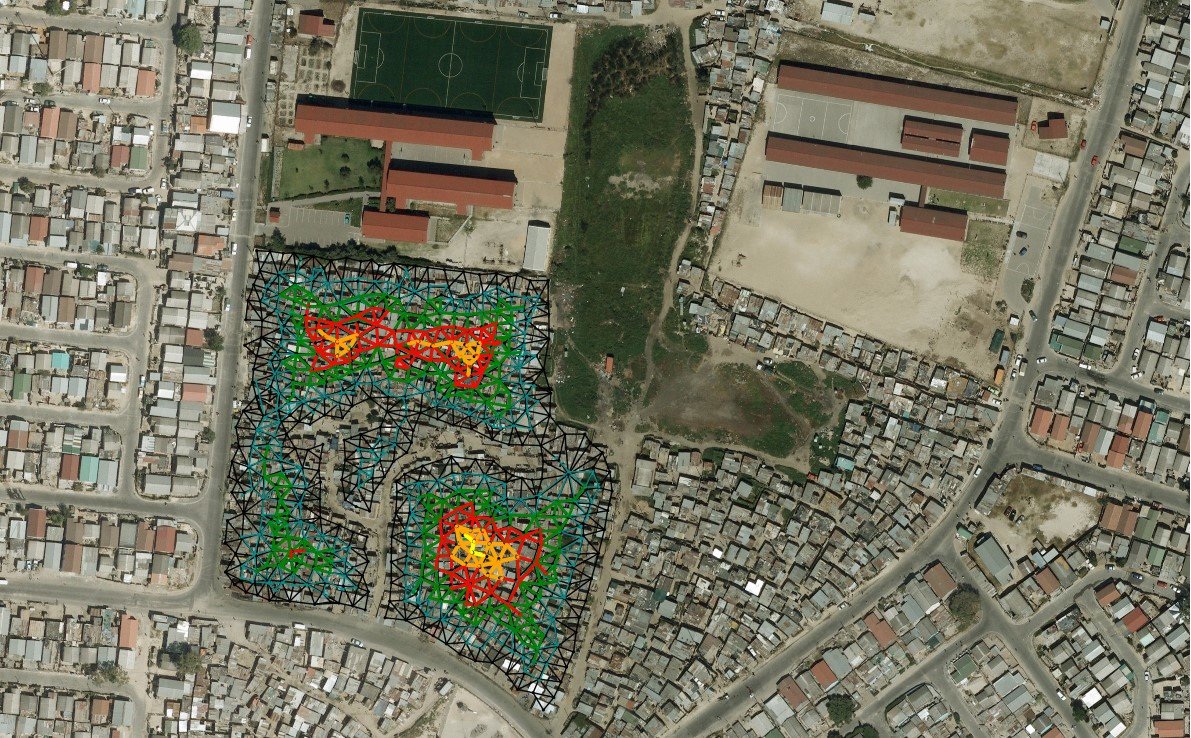 New mathematical models developed by the Department of Energy’s Oak Ridge National Laboratory with collaborators at Sam Houston State University and the University of Chicago can help guide changes to the layout of poor urban neighborhoods to improve access to resources with minimum disruption and cost.

The researchers established a novel way to mathematically analyze poor and informally developed urban communities, revealing obstacles between unplanned areas and the infrastructure that provides resources for basic human necessities. In their paper published in Science Advances, they used satellite imagery and municipal data to develop mathematical algorithms that reveal slums and planned neighborhood are fundamentally different.

Their models clearly identify distinctions between the informal arrangement of underserviced urban areas and the formal structure of city neighborhoods. In two case studies, the researchers used real-world data to show that the physical layout of some unplanned neighborhoods does not allow space for sewer lines, roads or water pipes.

Of the estimated four billion people currently living in urban areas worldwide, approximately one billion reside in slums. With inadequate infrastructure for health, sanitation and access to emergency services, these areas are becoming humanitarian and sustainability issues in the wake of rapid urbanization. Christa Brelsford, an ORNL Liane Russell Fellow and lead author, believes this research can transform the future of slums.

“For me, this research was an opportunity to look at cities from a new and exciting mathematical perspective,” Brelsford said. “By putting these tools in the hands of local community organizations and residents, efforts for accessible infrastructure empower residents to make decisions about their neighborhoods and communities.”

“Anything we can do to improve lives from a human rights perspective is both good for the world and also supports U.S. national security, because the more people have their basic needs met, the more secure we all are,” she added.

Although underserved communities are the first application, the researchers’ algorithm provides a mathematical way of describing all cities. The team used a novel topological technique, based on connections between places, to characterize the first-time slums rather than a traditional geometric approach.

“By understanding the fundamental topology–the relationship between places of residence and work to urban infrastructure networks–we can determine parts of cities remain only incipiently connected,” said coauthor Luís Bettencourt, director of the Mansueto Institute for Urban Innovation at the University of Chicago.

“It is a situation that can be mapped, measured and resolved with minimal interference to create new people-centered urban planning solutions and cities that have history and character,” he added.

The study, published as “Towards Cities without Slums: Topology and the Spatial Evolution of Neighborhoods,” was supported by a Bill & Melinda Gates Foundation grant (OPP1076282) to Slum Dwellers International, which has collected census style urban data, and the Santa Fe Institute, SFI, which has extensive experience developing a new science of cities.

UT-Battelle manages ORNL for DOE’s Office of Science. The Office of Science is the single largest supporter of basic research in the physical sciences in the United States, and is working to address some of the most pressing challenges of our time. For more information, please visit science.energy.gov.