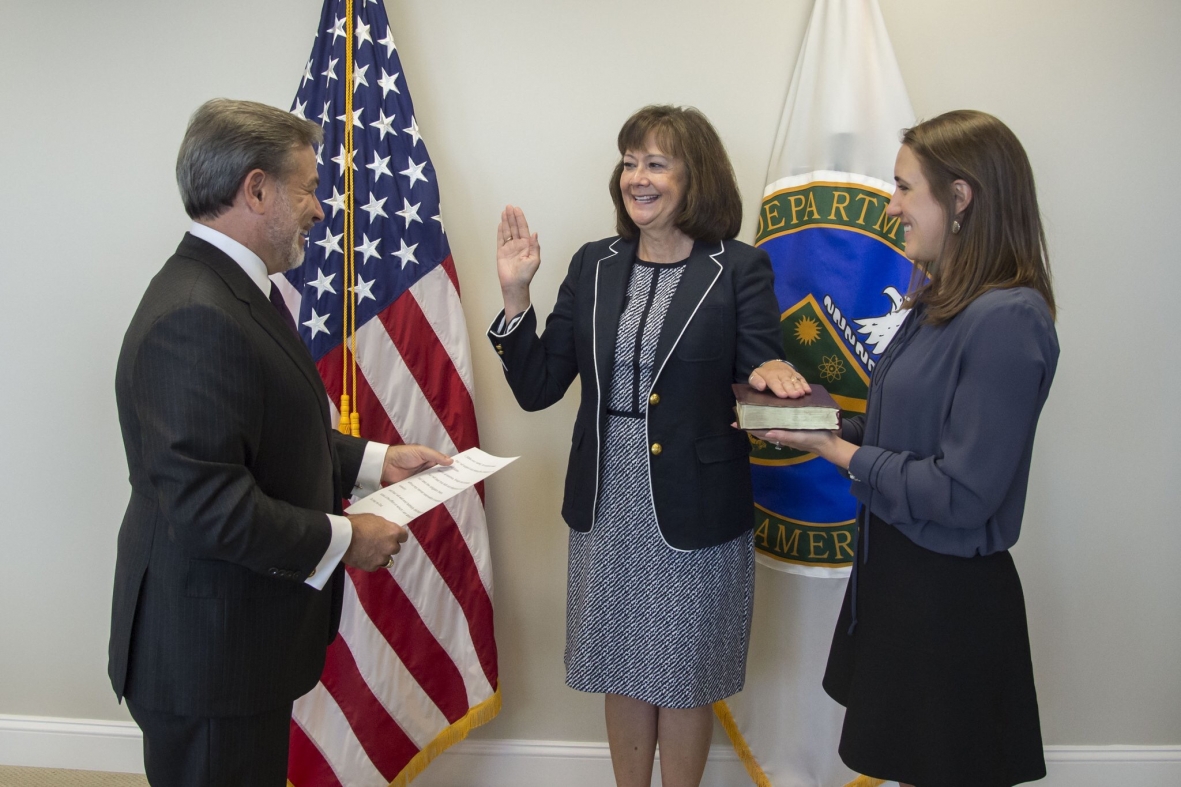 “Secretary Perry created the CESER office to address the emerging threats of tomorrow while protecting the reliability and security of American energy today. From her extensive cybersecurity background in both the private and public sectors, there is no one better suited or more qualified to carry out this mission than Karen Evans,” said Deputy Secretary Brouillette.

“I am humbled and honored to serve as the first Assistant Secretary for Cybersecurity, Energy Security, and Emergency Response at the U.S. Department of Energy,” said Assistant Secretary Evans. “I look forward to working with industry to provide the most advanced and secure energy infrastructure to the American people, and overcoming the challenges ahead in response to manmade and natural disasters.”

Before being nominated by President Donald J. Trump to lead the Department of Energy’s (DOE’s) cybersecurity efforts, Evans served in the public sector as a top IT official at the Office of Management and Budget under President George W. Bush, in the position that is now known as the federal CIO. She has also previously served as DOE’s CIO.

Most recently, Evans was the National Director of the U.S. Cyber Challenge, a public-private program designed to help address a skills gap in the cybersecurity field.

Mrs. Evans received her MBA and BA in Chemistry from West Virginia University.