Oak Ridge, Tennessee, once home to 75,000, went up fast and under the radar. But it was built to last, too. 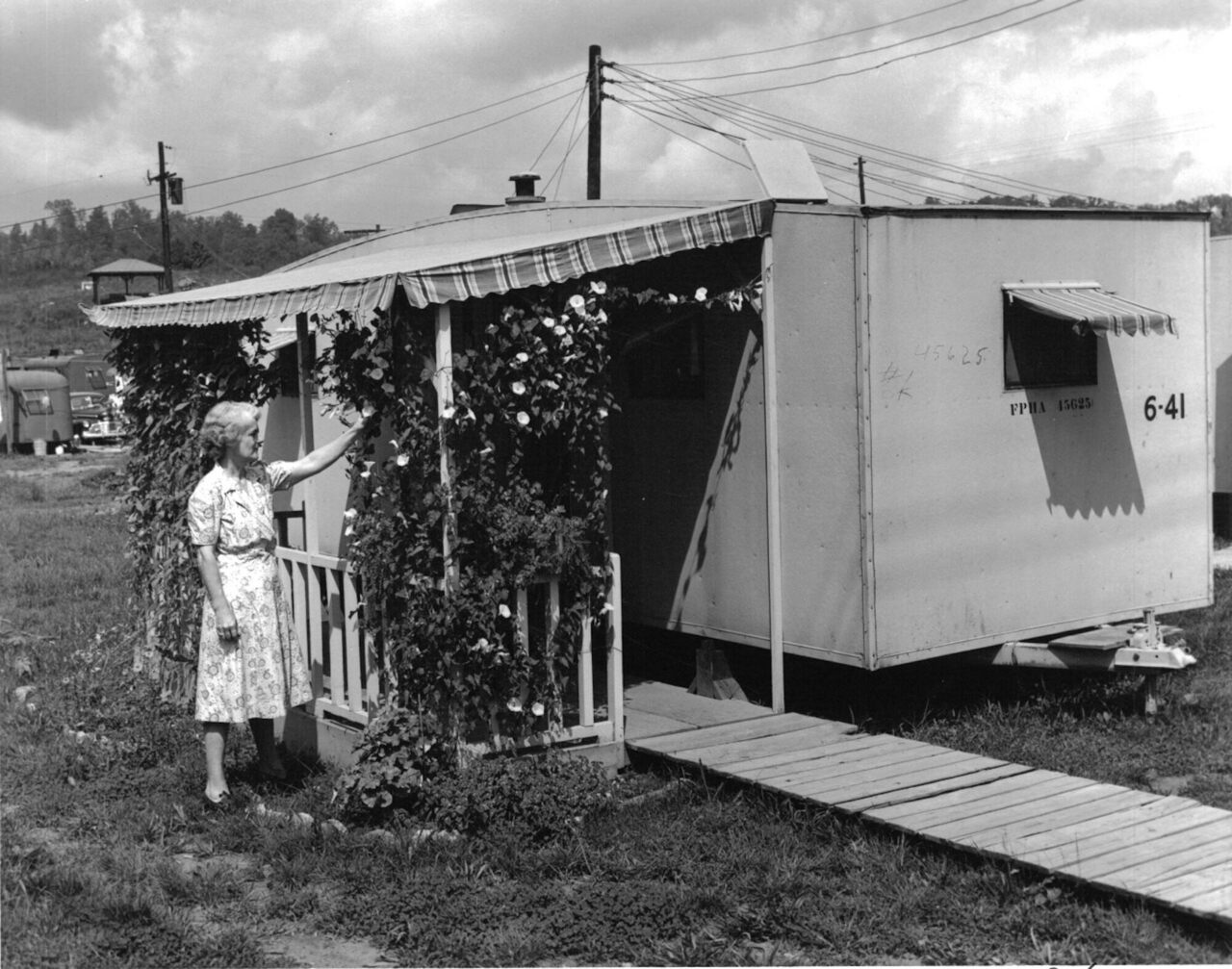 Some residents decorated their government-issued trailers with trellises and flowers. EDWARD WESTCOTT/NATIONAL ARCHIVES AND RECORDS ADMINISTRATION 1,049

Bill Wilcox was proud of his town. He’d been there since the beginning—before farmland gave way to dormitories and houses and lawns, before the ribbons of roads and sidewalks were laid down, before a single ball had rolled down a lane at the bowling alley. Before it even had a name.

When Wilcox arrived in this part of East Tennessee in 1943, soon after graduating from college with a degree in chemistry, he was among the first residents of the place that would eventually be called Oak Ridge. Wilcox lived and worked there for decades, and he later became the town’s historian. “Can’t image a better place to live,” he told an interviewer in 2013.

But Oak Ridge isn’t like most of the country’s other suburbs. The town was conceived and built by the United States government in the early 1940s as base for uranium and plutonium work, as part of the Manhattan Project. As the nuclear effort marched along, the town grew, too. By 1945, a dense suburb had taken shape, home to roughly 75,000 people. At war’s end, Oak Ridge was the fifth-largest city in the state—and all along, it was supposed to be a secret.

A government in search of a site for a secret enclave could do worse than Oak Ridge. The Clinch River ran nearby, local topography provided a natural buffer, and East Tennessee offered an abundance of electrical power for engineers, since it had just been electrified by the New Deal. The location, roughly 20 miles from Knoxville, was relatively remote, and close to train lines without being right on top of them. Before the federal government acquired 59,000 acres, the existing town, such as it was, consisted mostly of a patchwork of farmland nestled in valleys. By scattering work sites, the engineers reasoned, they could hedge their bets against catastrophe. If something went terribly wrong at one site, perhaps the hills could contain a fire or explosion. 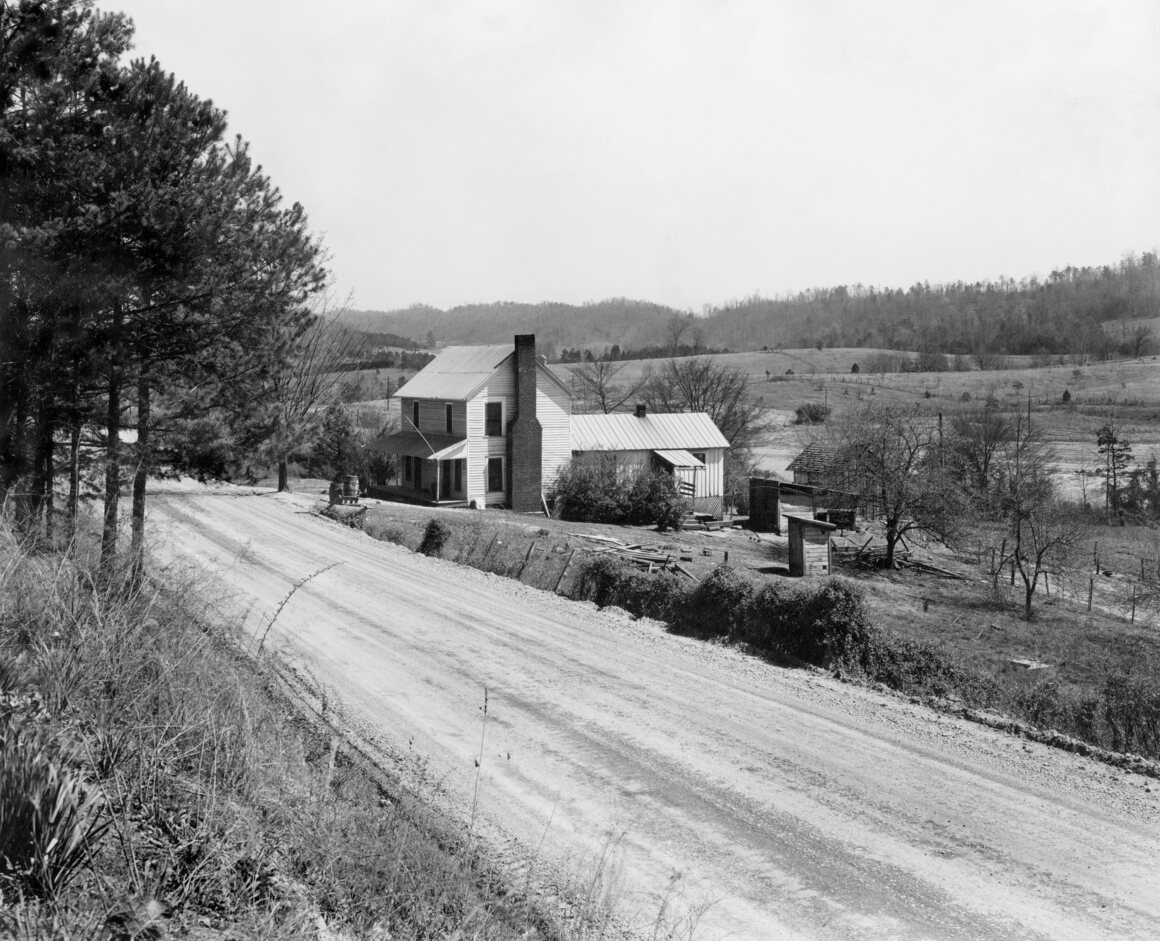 In 1942, under the instructions of Leslie R. Groves, the U.S. Army Corps of Engineers officer directing the Manhattan Project, the government approached the families that lived there—some of whom had owned their farmsteads for generations—and “summarily evicted” them, says Martin Moeller Jr., senior curator at the National Building Museum and organizer of the new exhibition Secret Cities: The Architecture and Planning of the Manhattan Project. A few people filed lawsuits, but by and large, Moeller says, the plan worked. Moeller chalks this up to one of the ruses the organizers devised: They described the project as a “demolition range,” so any possible holdouts could be scared off with the threat of near-constant explosions. The lie was “a relatively successful one that people didn’t question,” Moeller says—after all, how could they have even imagined what the government had in mind? “That generally got people the hell out.”

By the time Wilcox arrived, in October 1943, things were humming along. “It was farmland, you could tell that, but there was construction going on everywhere you looked,” he recalled. His first day left a crick in his neck, he remembered, “from shaking my head all day long.” Streams of trucks and people, the clanging and banging of tools, a smattering of signs that looked, to the uninitiated, like cryptograms. The roads weren’t yet paved, and plank boardwalks stood in for sidewalks. For a little while at least.

The town scaled up fast. The laboratories took up most of the space, but rather than constructing basic dormitories for employees, the architects and designers settled on a suburban vision, a cluster of single family homes on a part of the property about one mile wide and six miles long. “It was considered vital that these very sophisticated scientists and engineers should feel very comfortable right way,” Moeller says. Their work—including producing enriched uranium—was difficult, he adds, and it was determined that “they should have all of the comforts of a real town in order to work as effectively as possible.”

To pull this off quickly and without attracting too much attention, the architects relied on prefabricated and semi-prefabricated housing. In some cases, a house might come in two halves, on the back of a truck, to be assembled on-site. Oak Ridge also included many “cemesto houses,” made from panels of cement and asbestos. These were also called “alphabet houses,” because of the way their various iterations were named. (“A” houses were fairly modest, for instance, while “D” houses included dining rooms.) Housing choice was generally associated with seniority, though allowances were sometimes made for large families. None of these dwellings were exactly luxurious, but—even at the height of anxiety about the demise of Western civilization, Moeller says—architects were prioritizing “nice, basic, comfortable American suburban houses.”

Click here to read the rest of the article and to view more photos.