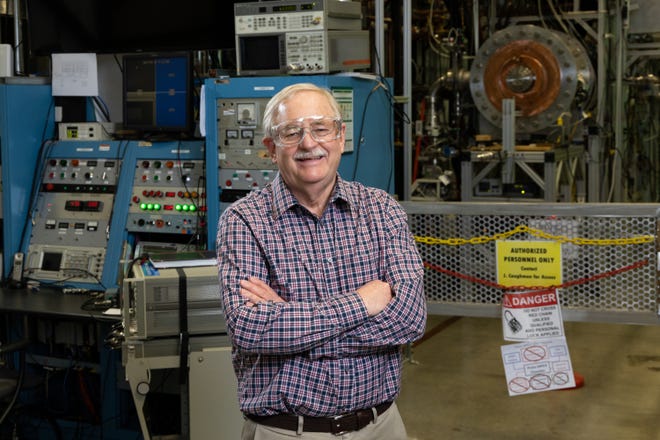 David Rasmussen is a team member with US ITER Fusion Systems Integration, building 7625, The photo was taken on Jan. 26, 2021. However, he recently spoke online to ORION. (Carlos Jones/ORNL/Special to The Oak Ridger)

Harnessing the energy powering our life-giving sun so as to produce abundant carbon-free electricity “is one of the most significant engineering challenges in this century,” said David Rasmussen, leader for the technical integration of the US ITER Project contributions to the international ITER fusion energy project being built in France.

Rasmussen, who recently spoke virtually on ITER science and engineering to the ORION amateur astronomy club, asserted that the ITER operation, slated to start in 2026, will be a big step toward a commercial fusion power plant.

“The ITER tokamak is at the scale needed for a commercial reactor,” he said, explaining that the tokamak is a doughnut-shaped device that uses strong magnetic fields to compress the fusion reactor fuel (an ionized gas consisting of positive heavy hydrogen nuclei and free electrons, called a plasma). It also relies on various technologies to help the plasma reach temperatures hotter than the sun’s surface, enabling the fusion of the positive nuclei that normally repel each other and the resultant production of heat.