How Expert Explainers Put A Mind-Boggling Supercomputer Into Human Terms

How Expert Explainers Put A Mind-Boggling Supercomputer Into Human Terms 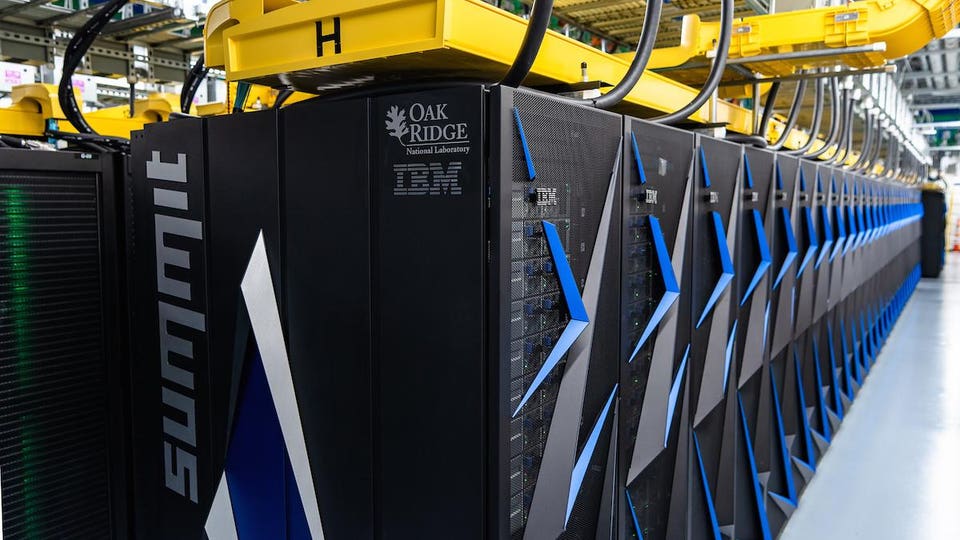 The $200 million supercomputer, Summit, can perform mathematical equations at speeds that “boggle the mind,” according to a report in The New York Times. How fast is mind-boggling? Try 200 quadrillion calculations per second. That’s not a typo. But if it were, would we notice? The numbers behind the U.S. Department of Energy’s new supercomputer are simply too large for most of us to get our heads around. And that’s why expert communicators explain the scale of the supercomputer in human terms.

Steve Lohr is the New York Times reporter who wrote about Summit. He’s covered technology for 20 years and was part of a team that won a Pulitzer Prize for Explanatory Reporting. It’s easy to see why he won. Here’s how Lohr explained Summit’s speed of 200 petaflops:

“A person doing one calculation a second would have to live for more than 6.3 billion years to match what the machine can do in a second.”

“If a stadium built for 100,000 people was full, and everyone in it had a modern laptop, it would take 20 stadiums to match the computing firepower of Summit.”

Lohr is an expert at explanations because he’s a master of analogy. While conducting research for a new book, I’ve spent the last year speaking to scientists, AI specialists, and researchers who are tasked with explaining extraordinarily complex topics. They’ve taught me that scientific research left in a drawer doesn’t benefit anyone. You can have the greatest idea in the world, but if you can’t explain it, your idea won’t gain the traction it deserves.

Summit is a supercomputer built in partnership by IBM Research, the U.S. Department of Energy, and the Oak Ridge National Lab in Tennessee. All three organizations employ expert explainers to put numbers in human terms. In an infographic published by the Oak Ridge lab, Summit’s data-crunching speed is, once again, put in terms mere humans can understand. For example,

“Summit’s file system can store 250 petabytes of data, or the equivalent of 74 years of high-definition video.”

Putting data into human terms isn’t as easy as expert explainers make it look. It requires creativity and an understanding of analogy, the most powerful rhetorical tool to explain complexity. Without analogy—comparing two different things with like features or characteristics—how else would a scientist explain Summit? In purely technical terms, “Summit delivers more than five times the computational performance of Titan’s 18,688 nodes, using only approximately 4,600 nodes… Each node will have over half a terabyte of coherent memory (high bandwidth memory + DDR4) addressable by all CPUs and GPUs plus 800GB of non-volatile RAM that can be used as a burst buffer or as extended memory.” Got it?

A former speechwriter once told me that in a public debate, “whoever has the best analogy often wins.” The same lesson applies to the explanation of science and to the communication of any complex idea. Humans think in analogy. We process our world in analogy. We speak in analogy. Great communicators know it, and so should you.

Researchers around the world are working on supercomputers that are measured in “exaflops.” Since I can’t tell you how fast an exaflop performs, I’ll be looking for the best analogies to help me.