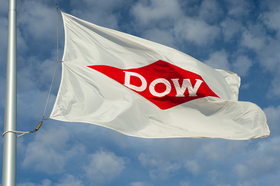 MIDLAND, Mich.—Dow will collaborate with Firestone Building Products L.L.C. to create an energy modeling tool for analysis of the use of polyurethane roofing insulation from Firestone.

The tool will accurately describe reductions in cost, energy and greenhouse gas emissions of commercial structures using the Isogard-brand insulation material, according to a Firestone news release.

The new modeling tool, which is to be available on Firestone’s website in 2020, is being developed by Oak Ridge National Laboratory with funding support from Dow, Firestone said. Users will be able to scenario-test potential long-term reductions in energy use throughout the building as well as associated greenhouse gases because of the installation of the insulation material. It will compare use-phase building energy consumption to alternative roofing

The new tool will be used to promote Isogard roofing insulation, which is produced using Dow’s polyurethane raw materials. Firestone said the foam is formulated to retain more of its insulating value at temperatures below 40 degrees Fahrenheit compared to existing polyurethane foams.

The project is the first carbon mitigation project in North America under the Official Carbon Partnership between Dow and the International Olympic Committee. It is the second agreement of several anticipated joint efforts resulting from the Collaborative Blueprint for unlocking carbon reductions launched last year by Dow, the first of which was signed in April with Petronas Chemicals Glycols. The blueprint is part of the Dow-IOC Official Carbon Partnership, a project started in 2017 to balanced the operational carbon footprint of the IOC.

“With cities growing at a rapid pace, it is paramount that we as an industry evaluate and implement innovative new materials to accelerate the adoption of solutions that mitigate greenhouse gas emissions in the infrastructure market segment,” said Nicoletta Piccolrovazzi, circular economy market director for Dow and global technology and sustainability director for Dow Olympic and sports solutions.

Click here to login to read the full article.