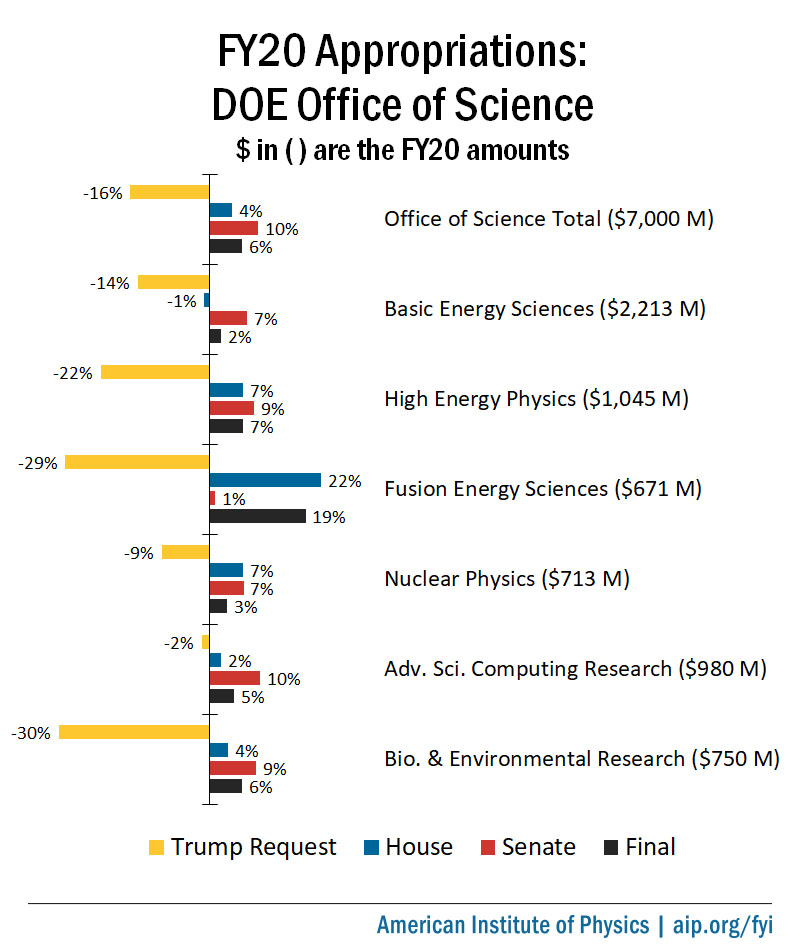 The budget for the Department of Energy Office of Science is increasing 6% this year to an even $7 billion. The increase is spread across the office’s six programs, with Fusion Energy Sciences receiving a particularly large boost.

With the enactment of fiscal year 2020 appropriations on Dec. 20, the budget for the Department of Energy’s Office of Science is rising $415 million, or 6%, to an even $7 billion. Although the boost is not so large as the 10% proposed by the Senate, it continues a trend that has added nearly $2 billion to the office’s topline since fiscal year 2015.

To date, much of the additional budget has gone toward a variety of facility and equipment projects. Particularly notable this year is a near doubling in construction funding for the France-based ITER nuclear fusion research facility, reflecting renewed congressional confidence in its management. Funding for priority areas such as quantum information science and artificial intelligence will also significantly increase.

This year’s DOE appropriation was included in a package bill focused on domestic spending. An explanatory statement accompanying the bill provides detailed funding direction and policy guidance. The House and Senate appropriations committee reports on their respective DOE spending bills convey additional direction unless it is negated by language in the statement. For summary tables, see the FYI Federal Science Budget Tracker.