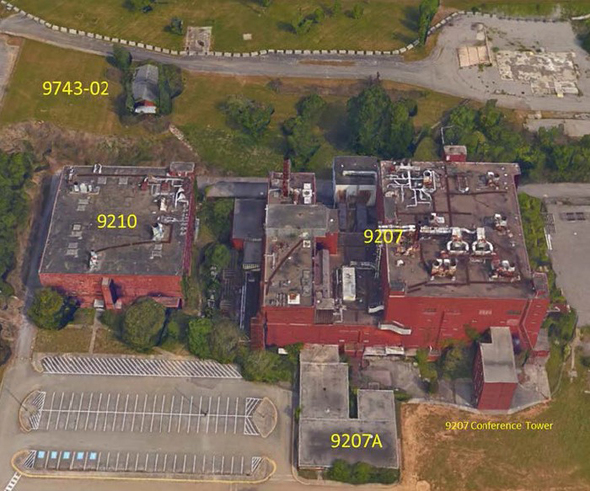 An aerial view of the Biology Complex.

The project is part of DOE’s Excess Contaminated Facilities Initiative, an effort to reduce risks and stabilize facilities not scheduled for near-term demolition. In this case, EM’s activities could actually accelerate the demolition schedule for the Biology Complex because its facilities are collapsing due to age, and the location can be used for modern national defense missions.

Eight remaining complex buildings, which span almost 350,000 square feet and are owned by DOE’s Office of Science at the National Nuclear Security Administration site, have been vacant since the early 2000s. Like many facilities built in the 1940s, the characterization results showed 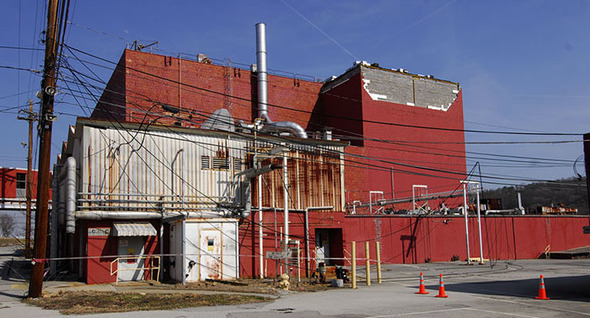 significant amounts of asbestos and other wastes, such as polychlorinated biphenyls (PCBs). Workers also found radiological constituents in some buildings.

It was crucial to get crews into the complex before the working environment became too hazardous. Already, team members could not enter a building due to a failed roof. Elsewhere, exterior tiles have fallen from the façade, and asbestos and other material present risks to workers due to roof leaks.

“Completing this characterization positions our cleanup program to demolish Y-12’s Biology Complex when funds become available,” said Jay Mullis, acting manager for the Oak Ridge Office of Environmental Management. “Our goal is to eventually take down this 1940s-era complex, which will eliminate safety risks and provide land for Y-12 to continue its important national security missions.” 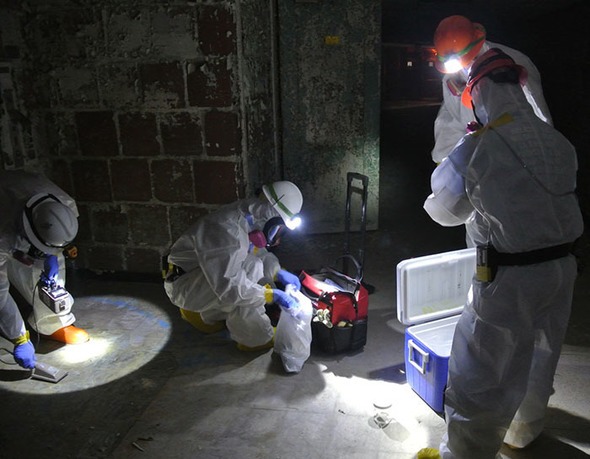 Crew members prepare samples for shipment to the laboratory for analysis.

The characterization results verified that six of the buildings could be disposed in the Y-12 sanitary landfills because they do not contain radiological contamination. The remaining two will be disposed in the Environmental Management Waste Management Facility, an onsite Comprehensive Environmental Response, Compensation, and Liability Act (CERCLA) disposal facility for the majority of cleanup-generated debris.

Originally constructed to recover uranium from process streams, the complex later housed DOE’s research on the genetic effects of radiation from the late 1940s. The facilities once housed more individuals with doctorates than anywhere in the world.

The complex originally consisted of 12 buildings until EM demolished four of them in 2010 as part of the American Recovery and Reinvestment Act.