Ed Westcott, a Singular Eye at the Dawn of the Atomic Age, Dies at 97

Ed Westcott, a Singular Eye at the Dawn of the Atomic Age, Dies at 97 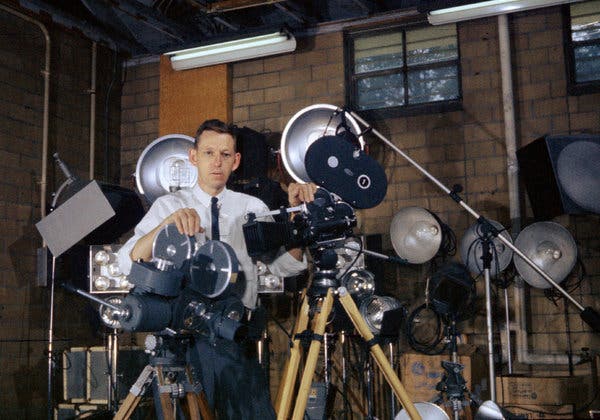 He was the government’s official photographer at Oak Ridge, Tenn., a secret city where uranium was enriched for the bombs that fell on Hiroshima and Nagasaki.

Ed Westcott, a photographer who documented life in Oak Ridge, Tenn., the secret city where uranium was enriched as part of the Manhattan Project to develop the atom bomb during World War II, died on March 29 at his daughter’s home in Oak Ridge, where he also still lived. He was 97.

His daughter, Emily Hunnicutt, confirmed his death. Mr. Westcott had a stroke in 2005 that limited his ability to speak.

Not then on any maps, Oak Ridge during the war was a huge company town of 59,000 acres about 25 miles west of Knoxville. Ringed by barbed wire, it had factories dedicated to bomb production, homes for tens of thousands of workers and their families, a 300-mile network of roads, and schools, stores, restaurants, theaters, parks and a library. Those who left town were searched for firearms on their return. People who talked openly about their classified work faced fines or prison.

Within that hush-hush world, Mr. Westcott took his camera wherever he could, chronicling the construction of its many plants (which had names like K-25 and Y-12), technicians at their stations, workers leaving their shifts, and even guards searching a Santa Claus at a gate. Mr. Westcott was the only person authorized to use a camera in Oak Ridge.

Click here to view the entire article and photos.