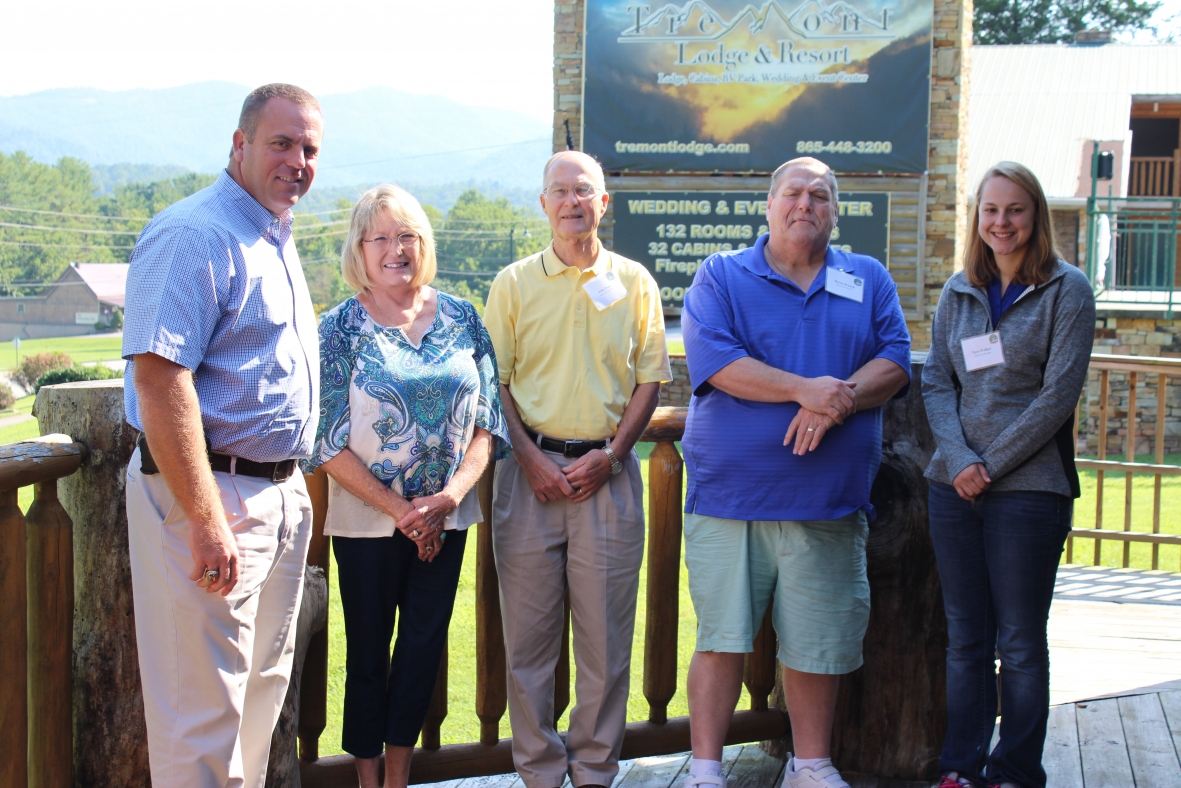 The Oak Ridge Site Specific Advisory Board (ORSSAB) is a federally chartered citizens’ panel that provides independent advice and recommendations to OREM, which is responsible for the cleanup of the Oak Ridge Reservation. The board is composed of up to 22 members that are chosen to reflect the diversity of gender, race, occupation, views, and interests of people living near DOE’s Oak Ridge Reservation. Members are appointed by DOE and serve on a voluntary basis, without compensation, for up to three 2-year terms.

The new members were introduced at the board’s October 11 meeting.

David Branch, a Knoxville resident, retired from the U.S. Postal Service in 2013 after serving as a rural letter carrier for 20 years. He was previously employed in the health care field and studied nursing at Walter State Community College in Morristown.

Michelle Lohmann is a human resources director for U.S. Cellular. Previously, she was the program manager for the University Recruiting and Graduate Education Programs for the Oak Ridge National Laboratory in collaboration with the University of Tennessee, Knoxville. She is a resident of Lenoir City.

Leon Shields, also of Lenoir City, is the supervisor for field operations for the Lenoir City Utilities Board. He is also the owner of Instructional Concepts, which provides training in the industrial, public, and private application of firearms, explosives, vehicle extrication, and rescue operations.
He also serves as a firearms instructor/deputy for the Loudon County Sheriff’s Office, instructor/third party examiner for the State of Tennessee, fire fighter director with Loudon County Fire Rescue, chairman of the Lenoir City Planning Commission/Board of Zoning Appeals, commissioner with the Lenoir City Housing Authority/Rural Development, and commissioner with the Loudon County Regional Planning Commission.

Bonnie Shoemaker, a resident of Clinton, retired in 2008 after 34 years working at the East Tennessee Technology Park and Oak Ridge National Laboratory in a variety of capacities, including chemical laboratory analyst, environmental compliance specialist, plant shift superintendent, emergency management specialist, and engineering technician. She is the recipient of two awards for operations and technical support in environmental compliance and emergency management.  She received her bachelor’s in biology from the University of Tennessee.

John Tapp, who lives in Powell, is a retired civil/environmental engineer. He began his career in the federal government as a Commissioned Officer in the U.S. Public Health Service and with the U.S. Environmental Protection Agency. He later co-founded and helped grow a Kentucky environmental and engineering consulting firm. After his first retirement from consulting, he managed a municipal water, wastewater, and stormwater utility and managed statewide water and wastewater planning for the Kentucky Infrastructure Authority. He has bachelors, masters, and doctorate degrees in engineering from the University of Kentucky, with specialization in soil and water resources.

Tara Walker is currently pursuing a bachelor’s degree in chemical engineering from Tennessee Technological University. She graduated with an associate’s degree in May 2016 from Pellissippi State Community College. She is an assistant teacher at Starting Points Day Care in Knoxville. She has also served as a supplemental instructor at Pellissippi State and an intern at Oak Ridge National Laboratory.  She finished first in the Tennessee Mathematical Association of Two-Year Colleges competition at Pellissippi State, and she is a recipient of the Tennessee Space Grant Consortium for women in engineering, funded by NASA. Tara lives in Knoxville.

ORSSAB meets the second Wednesday of most months at 6 p.m. at the DOE Information Center, 1 Science.gov Way, in Oak Ridge, Tenn. Meetings of the board and its committees are open to the public.