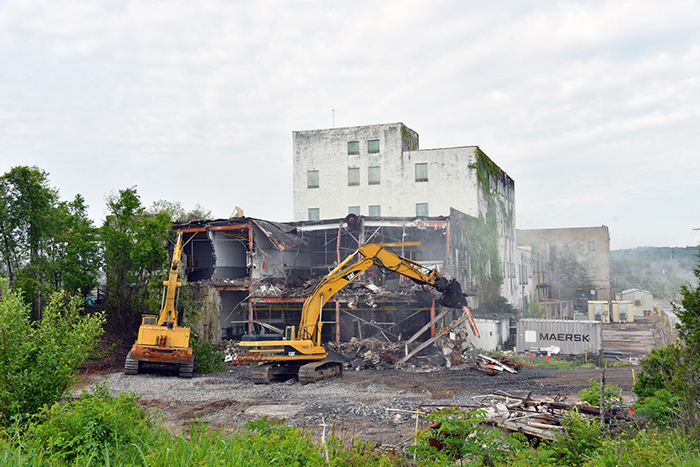 Demolition is underway on K-131, and crews will progress to K-631 next. DOE’s Oak Ridge Office of Environmental Management and cleanup contractor UCOR expect to complete the project this summer.

Workers started demolishing the final two buildings at the East Tennessee Technology Park (ETTP) that once supported Oak Ridge’s gaseous diffusion uranium enrichment process. They are the last of the Poplar Creek facilities, the most contaminated structures remaining at the site.

“Removing the final structures from the Poplar Creek area will be a major achievement for us,” said James Daffron, acting ETTP portfolio federal project director for DOE’s Oak Ridge Office of Environmental Management (OREM). “Just a couple of years ago, this area was populated with numerous dilapidated and contaminated facilities. Now, we’ve safely removed those structures, and we will be able to open new areas for industrial development and reuse.” 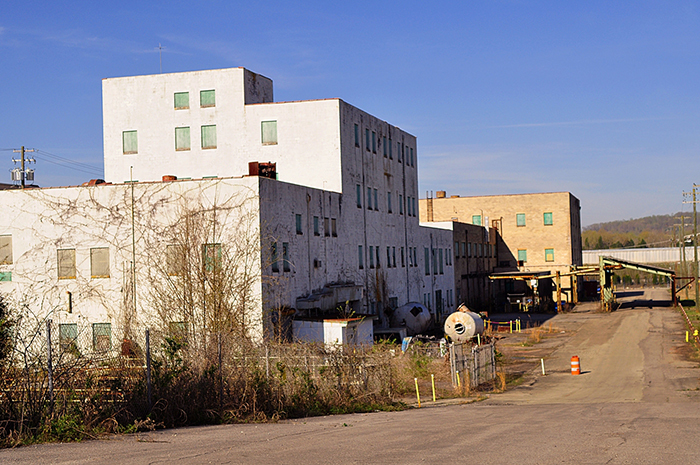 A view of the final two Poplar Creek structures before demolition.

Before demolitions began in 2017, the Poplar Creek area housed 11 large buildings and numerous smaller structures dating back to the 1940s and ‘50s — many of them radioactively contaminated — that supported the site’s former nuclear program and operations in the five massive uranium enrichment facilities.

Building K-131 was built to provide purified uranium hexafluoride to the uranium enrichment cascade. Through the years, it was used for a variety of other purposes until Oak Ridge’s uranium enrichment operations ceased in 1985. Building K-631 was used to withdraw gaseous depleted uranium hexafluoride from the cascade, convert it to liquid, and transfer it into transport cylinders.

OREM and cleanup contractor UCOR expect to complete the project this summer. Together, they are working to complete all demolitions at ETTP in 2020 and to covert the site into a multi-use industrial park.

Since cleanup began, OREM has torn down nearly 500 facilities, transferred nearly 1,300 acres for economic redevelopment, and created a 3,000-acre conservation area for public use.