Cleaning Up a Radiologically Contaminated Site, A POWER Interview

Cleaning Up a Radiologically Contaminated Site, A POWER Interview 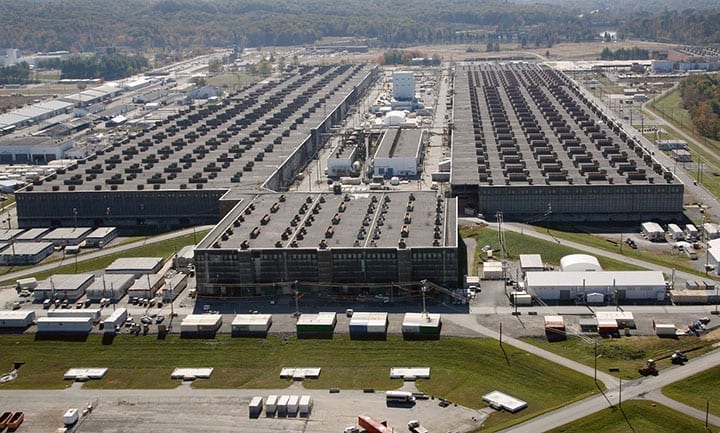 The largest Oak Ridge Gaseous Diffusion Plant facility was the K-25 Building, a U-shaped, mile-long structure that was the largest building in the world at the time it was constructed. Source: DOE

POWER interviewed Kenneth Rueter, president and CEO of UCOR, to learn more about the work that has taken place at the site and how lessons learned could apply to nuclear power plant decommissioning projects.

In the 1940s, the Oak Ridge Gaseous Diffusion Plant was built in unprecedented secrecy as part of the Manhattan Project. Its purpose was to provide enriched uranium for the world’s first atomic bomb, and it expanded operations during the Cold War, producing enriched uranium for defense and commercial purposes.

Uranium enrichment operations were halted at the site in 1985, and the plant was officially closed in 1987. UCOR, an Amentum-led partnership with Jacobs, has been the prime cleanup contractor at the site since 2011.