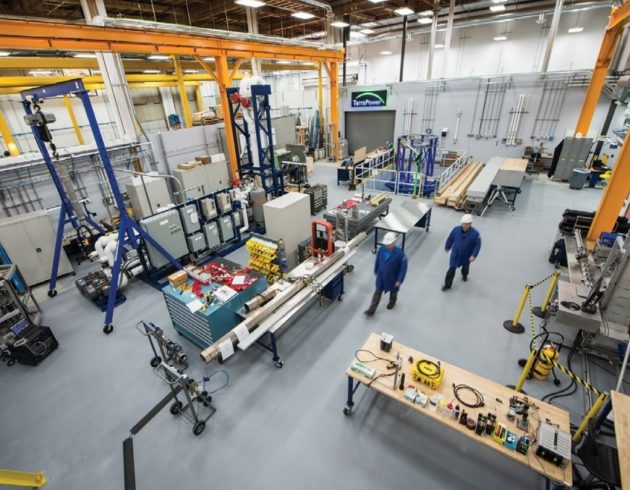 The privately held company, based in Bellevue, is part of a team that’s receiving more than $1 million in federal funding to develop an emissions-free process to produce carbon fiber from coal.

The prime recipient of the funding is Ramaco Carbon — a coal resource, research and carbon manufacturing company based in Sheridan, Wyo. Ramaco focuses on developing high-value applications for coal that don’t involve its use in power plants.

“Our company operates under a simple mantra: Coal is too valuable to burn,” Ramaco Carbon CEO Randall Atkins said in a news release. “Through our research, we are seeking higher-technology uses for the carbon from coal, which will increase its value and lower the environmental footprint from its use. Every bit of coal that’s used to create an advanced product or material like carbon fiber is moving us toward a greener future and a stronger American economy.”

That meshes with TerraPower’s vision for nuclear-enabled chemical and industrial processes: The company’s main focus is the development of safer, cheaper, more efficient nuclear reactors — with an emphasis on two design concepts known as traveling wave reactors and molten chloride fast reactors.

As part of that development effort, TerraPower has been conducting research into how the heat generated by nuclear reactions could be used for purposes other than turning steam turbines. The Ramaco-led project is one of the first to gain traction.

The concept calls for using an emissions-free process to transform biomass and fossil resources into useful products.

“Think of coal itself as a giant molecule, and if you heat it up it breaks into smaller parts,” said Josh Walter, project manager for Integrated Energy Systems and Innovation Products at Terrapower. “Right now, a lot of carbon fiber is made from poly acrylonitrile, a petrochemical product. We believe we can create carbon fiber precursor using elements of coal instead, extracted by heating it with a non-CO2 emitting form of energy.”

Nuclear could eventually serve as that source of energy. “However, we can very likely get started, albeit at smaller scales, with renewable energy today,” Walter said.

Finding an emissions-free way to produce the precursor chemicals for carbon fiber could bring additional benefits. Ramaco and TerraPower expect their process to reduce the cost of carbon fiber, which is typically used today for high-end, high-performance products. Lowering the cost could unlock more widespread applications for lightweight, high-tech materials.

The U.S. Department of Energy is providing a grant for the “Coal to Carbon Fiber” research project as part of a $10 million program that funds 10 projects aimed at developing innovative uses for domestic coal.

The demand for coal for energy production has been on a long-term decline, due to the rise of natural gas and renewable energy sources. Finding new ways to use coal could help address the slackening demand. In a news release, Energy Secretary Rick Perry said the recently announced grants “continue our commitment to investing in research, development and demonstration initiatives to drive these innovative clean coal technologies forward.”

TerraPower CEO Chris Levesque said he’s “excited to see Secretary Perry and the Department of Energy continue to invest in new technologies to transform the country’s use of fossil fuels and to use nuclear energy in innovative ways.”

“TerraPower’s work with Ramaco Carbon will develop processes to convert coal into needed commercial products without the release of carbon into the atmosphere,” Levesque said.

Gates and former Microsoft executive Nathan Myhrvold founded TerraPower in 2006 as a spin-out from Intellectual Ventures, which shares a building with TerraPower’s 10,000-square-foot lab in Bellevue. Gates continues to serve as the company’s board chairman. with Myhrvold as vice chairman.

Back in 2011, Gates argued that nuclear power is safer than coal, at least by one measure. “If you compare it to the amount that coal has killed per kilowatt-hour — or natural gas, which blows up a neighborhood every once in a while — it’s way, way less,” he said at the Wired Business Conference in New York.