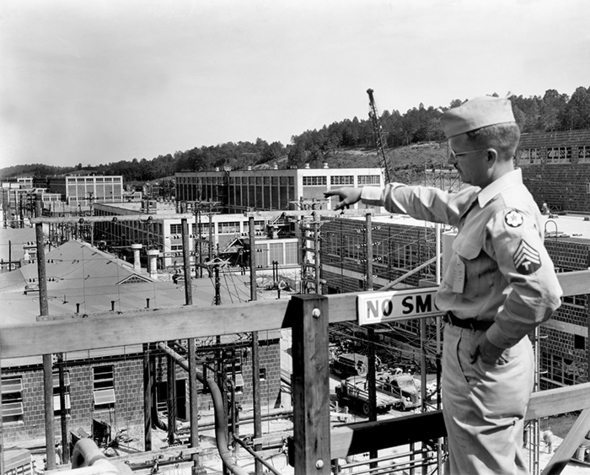 Originally constructed during the Manhattan Project to help end a global war, Oak Ridge is now celebrating its 75th anniversary.

Scientists and engineers at the site accomplished significant feats over the years. While early operations helped change history and science books, they also changed the local landscape.

“The environmental cleanup happening here is connected to both the site’s past and its future,” OREM Manager Jay Mullis said. “Oak Ridge’s 75th anniversary gives us a chance to reflect on all that’s been accomplished at the site while also considering the path ahead.”

Cleanup is happening on a massive scale. At the East Tennessee Technology Park, crews are nearing completion on the cleanup of more than 500 facilities that supported uranium enrichment activities for 40 years.

Land at the former government-owned uranium enrichment complex is being remediated, and large parcels of it are being transferred to the private sector for redevelopment and reuse. The community can then use this land and infrastructure to support economic growth, along with a 3,000-acre nature preserve for residents to enjoy hiking trails, bike paths, and wildlife viewing. 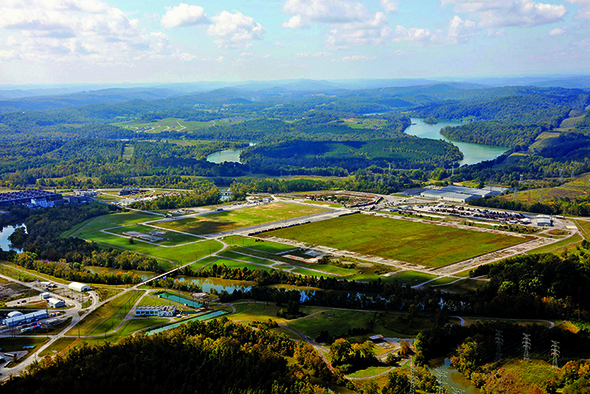 DOE’s Oak Ridge Office of Environmental Management is transferring large parcels of cleared land at the East Tennessee Technology Park to the community for redevelopment. This parcel was once home to two large uranium enrichment buildings.

But the work doesn’t stop there.

At the Oak Ridge National Laboratory (ORNL), crews will dismantle most of the 13 former research reactors and remove old research facilities. At the Y-12 National Security Complex, workers will also demolish massive, 75-year-old buildings and retrieve tons of mercury from buildings, soil, and water.

Hundreds of facilities remain to be removed in the middle of Y-12 and ORNL — amid thousands of employees and billions of dollars’ worth of modern infrastructure. Through funding from Congress, work is underway to address some of these structures through the Excess Contaminated Facilities Initiative.

“Our role is very special and rewarding,” said Mullis. “We are the ones who remove the barriers and open doors for the exciting possibilities and advancements that DOE will likely be commemorating during its next anniversary.”