An Unanswered Question at the Heart of the U.S.’s Nuclear Arsenal

An Unanswered Question at the Heart of the U.S.’s Nuclear Arsenal

Nobody knows how long the plutonium “pits” in the cores of bombs last, and the answer could cost—or save—billions 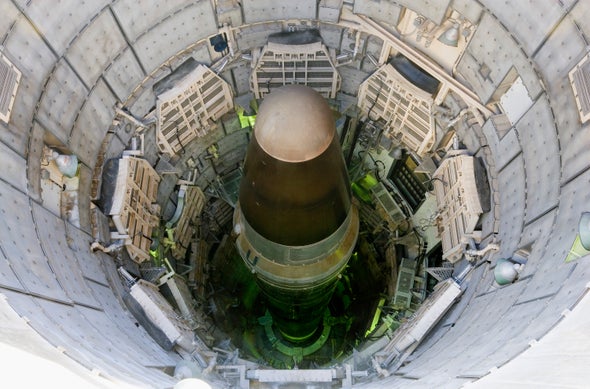 The United States has an arsenal of some 3,800 nuclear weapons, about half of which are deployed, with the rest in storage. The Department of Energy’s National Nuclear Security Agency (NNSA) and the nuclear weapons laboratories it oversees are concerned that the performance of the weapons will degrade over time. Most of the components can be—and are being—replaced with new versions, so the main concern is the behavior of aging plutonium “pits” at the core of all U.S. weapons.

Plutonium essentially doesn’t exist in nature but is produced in nuclear reactors. It was first produced during World War II, and the U.S. government didn’t care about pit aging because it constantly replaced pits with newly built ones as it upgraded its arsenal during the Cold War.  So, no one in the weapons labs knew what the lifetime of a pit was. Instead, the NNSA simply assumed it was 45–60 years.

And during the Cold War, the U.S. produced a lot of pits, tens of thousands. It stopped in 1989 when the production plant was shut down by the FBI and the EPA due to pervasive environmental damage. Los Alamos National Laboratory in New Mexico manufactured 31 pits between 2007 and 2013, but none since. That means virtually all the pits in today’s arsenal were made 30–40 years ago, which would have meant serious problems for the stockpile starting in 2025 if the NNSA’s assumption were correct.