Allons, Tennessee – The Original Choice for the Atomic City?

Allons, Tennessee – The Original Choice for the Atomic City? 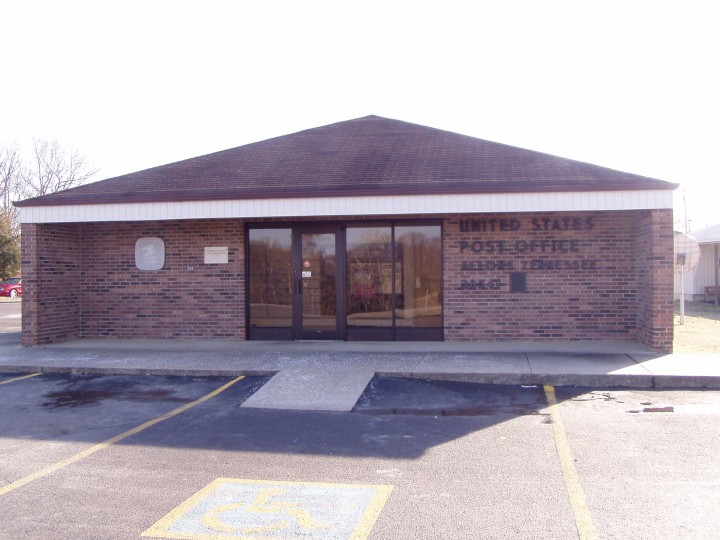 Had the community of Allons been the chosen site for the Atomic City, what size building would the post office have been to accommodate the mail for this area?

James B. Hunter, a former resident of Livingston and Overton County, once served as Assistant Resource Manager for the Corps of Engineers. He has been retired since 1994 after serving over 32 years with that agency. Mr. Hunter shared the information contained in the following story, and is one that was considered top secret at the time the location for Project Manhattan was being planned. Here is Mr. Hunter’s story about how Allons got it’s name and just barely missed being the Atomic City.

“Years ago, I don’t know the exact date, the community we now call Allons was growing to the size a post office was needed. The citizens applied to the Postal Department and were told it would first be necessary to decide on a name for the community. During that time period, a local farmer named Will Thompson came to one of the general stores to buy supplies. He had a long list, but as it turned out, every item on his list, the store had run out of. Even though he was very unhappy with the situation, excited bystanders were caught up in talking about a possible name for the proposed post office. Being thoroughly disgusted about the lack of items in the store, Mr. Thompson drawled, “You might want to name the place Need More!” The crowd was delighted with the wit of the man who was known by everyone to be a character. Although the name “Allons” was eventually chosen in honor of a town in France, the unofficial name “Need More” persisted for many years to come.

“It was quite some time later that I attended a program at Center Hill Lake and listened as John Bennett, a summer employee of the Corps of Engineers, told the story of Dale Hollow dam. His employment included giving presentations to visitors staying in various campgrounds run by the Corps. During this particular presentation, Mr. Bennett explained how the Corps of Engineers started three dams on rivers in this area in the late thirties and early forties, namely, Wolf Creek, Center Hill, and Dale Hollow. He said that at the time the United States entered World War II, a location was needed for the Manhattan Project, a place that would not be an expected Luftwaffe (German air force) target. A committee was formed to decide what location would be best for this highly classified project. Three members of that committee included Secretary of State Cordell Hull, Tennessee Senator Kenneth D. McKeller, and Speaker of the U.S. House of Representatives for seventeen years, Sam Rayburn of Texas. Cordell Hull wanted the project built in Allons, Tennessee, and as a result, the manpower and materials at Wolf Creek and Center Hill constructions sites were moved to Dale Hollow to hurry the construction of that dam in order to get one power plant on line. Electrical power would be needed to take care of the proposed Manhattan Project that, at first, was planned to be built in nearby Allons. At that time, I was a boy, eight years old, living in the Allons community. I remember surveyors coming through that area surveying, cutting bushes, and driving stakes in the ground, and at the same time, power utility poles were being put up around that area. When anyone asked the surveyors what was going on, the answer given was something about a Cordell Hull Parkway. According to John Bennett’s story, when it came to the final decision for the location of the Manhattan Project, Senator McKellar said he would vote for any location in Tennessee; Cordell Hull said he wanted the location to be in Allons; and Sam Raburn said he would vote for it to be in TennesseeIF the location would be Oak Ridge. He explained that he moved from Tennessee when he was four years old, and even though his family had moved to Texas in a covered wagon, he still had cousins in Oak Ridge. It was his desire to help his relatives by increasing their property values. As a result, the group compromised, and the project was built at Oak Ridge. Wires were not strung on the poles around Allons until after the war. Construction on Dale Hollow dam continued and it was completed in 1943. However, the power plant was not completed until after the war as power was no longer needed for Allons, and power was supplied by TVA for Oak Ridge.

“After hearing John Bennett’s story, I tried in vain for years to confirm that information. Nashville District Headquarters for the Corps had never heard the story and the historian for the Corps, Jim Seibert, didn’t know anything about it either. The library maintained by the Corps in Nashville had no information on it. Will O’Neal, the area manager for the Corps of Engineers for this region, had heard just bits and pieces of the story. I knew the fact that the project was top secret prevented most people from knowing or hearing about it. And even though I tried my best to get additional information, it was not to be. However, around ten years ago, in a conversation with Will Vester Cook, a native of Clay County who had retired from the Oak Ridge Laboratory, the exact same story John Bennett had told twenty some years earlier at Center Hill Lake was told to me once more. During the course of Mr. Cook’s employment in Oak Ridge, he had heard some of the scientists there discussing how Allons was the original choice for the Atomic City.”

Sam Rayburn entered Congress in 1913 at the beginning of Woodrow Wilson’s presidency and served in office for almost forty-nine years (more than twenty-four terms), until the beginning of John F. Kennedy’s presidency. It was mainly because of Mr. Rayburn’s powerful influence that Oak Ridge was chosen over Allons for the site of the building of the Atomic City. After reading what Mr. Hunter shares in this story, we can only wonder how different the lives of everyone in this area would be today had Cordell Hull been the one with the most influence and the original plan been followed.