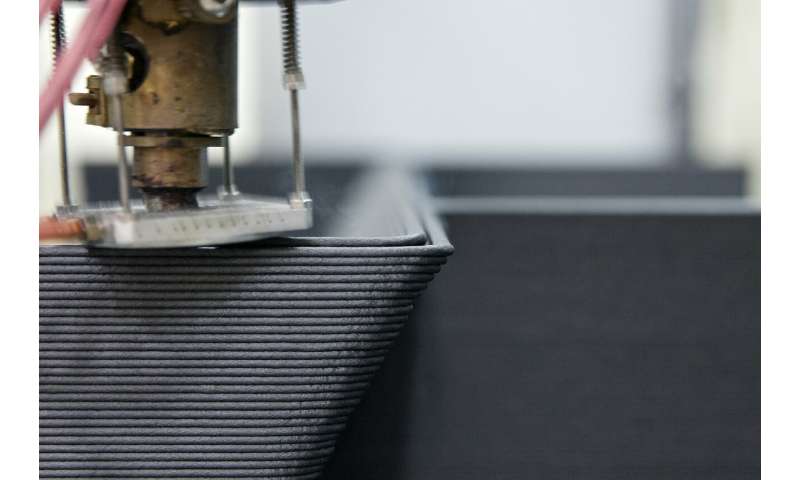 A residential and commercial tower under development in Brooklyn that is changing the New York City skyline has its roots in research at the Department of Energy’s Oak Ridge National Laboratory. The tower’s white precast concrete façade rising from the waterfront site of the former Domino Sugar Factory evokes the form of a sugar crystal – a pattern created from 3D printed molds produced at DOE’s Manufacturing Demonstration Facility at ORNL.

When Gate Precast, a member of Precast/Prestressed Concrete Institute (PCI), was awarded the façade of the Domino building, ORNL researchers saw the building’s tower as the perfect platform to demonstrate that Big Area Additive Manufacturing, or BAAM, technology could rapidly manufacture molds suitable for precast concrete manufacturing.

“We didn’t know if 3D-printed molds could be made to work for the precast industry,” said Diana Hun, lead buildings researcher on the project. “But we thought it was worthwhile to examine the potential.” 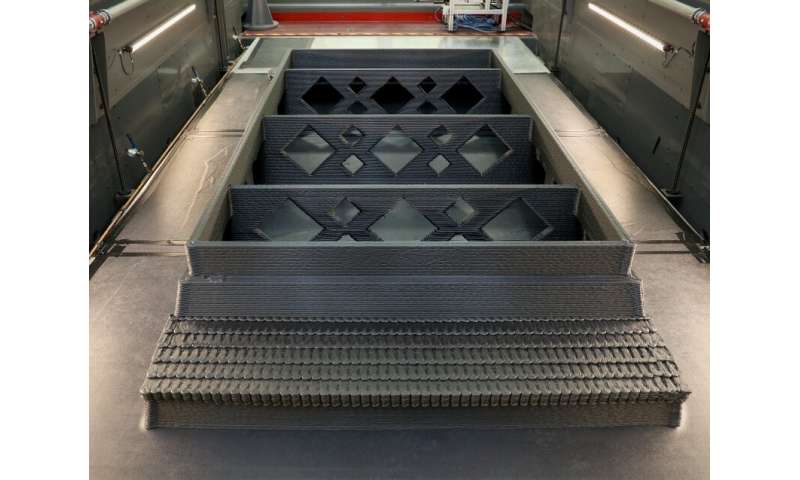 Once ORNL researchers developed the process science to reliably manufacture 3D-printed molds, they then worked with a commercial enterprise, Additive Engineering Solutions (AES), to print additional molds. The molds were used to cast nearly a thousand precast concrete parts for the façade of the 42-story tower.

“With the Domino project, the challenge was to find the right solution for a job that required durable molds that could be used numerous times,” Hun said. “We proved that each 3D printed mold could cast at least 200 concrete parts, which was key to meeting the project’s schedule.”

Within a year, the project progressed from prototype design to printing final molds used to cast concrete parts for the Domino tower.

Conventional wood molds are manually produced by skilled carpenters, who are often in short supply in the labor force. In general, wood molds produce fewer castings because they are significantly less durable than molds printed with carbon fiber reinforced ABS. 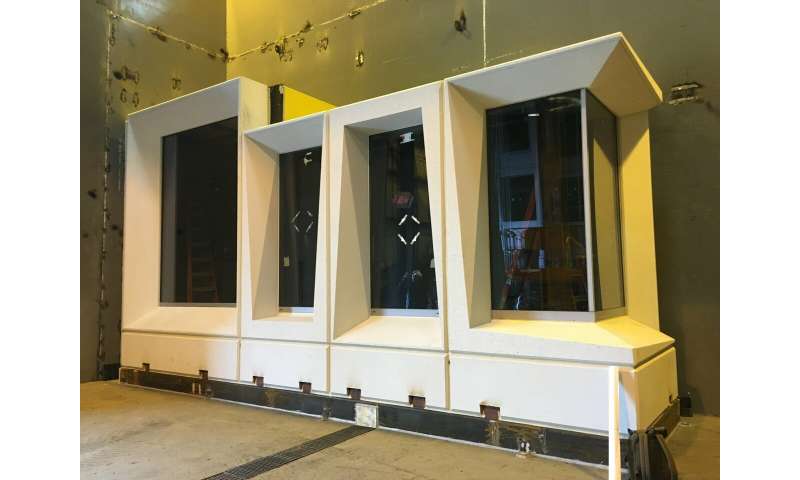 “The carbon fibers help improve the strength by two times and stiffness by four times of the molds, relative to the ABS plastic, allowing the inserts to support the weight of the poured concrete and the force of the demolding operations over repeated cycles,” said ORNL’s Brian Post, the project’s advanced manufacturing engineer.

3D printed molds begin with computer-aided design (CAD) models, which are sliced layer by layer to develop toolpaths that drive the printhead. The printer executes these toolpaths layer by layer by extruding molten polymer to form the final part.

“Each mold takes between 8 to 11 hours to print and 8 hours to machine to the desired surface finish,” Post said.

As the Domino development takes shape in New York, it’s not only attracting attention for its unique look and design but also for its potential.

“With 3D printing at hand, architects can now unleash their creativity and design complex façades that they have not previously explored,” said Hun.

The Domino tower is expected to be completed in 2020. ORNL continues to work with PCI as part of a five-year research program to determine how new technologies can improve insulated precast panels.