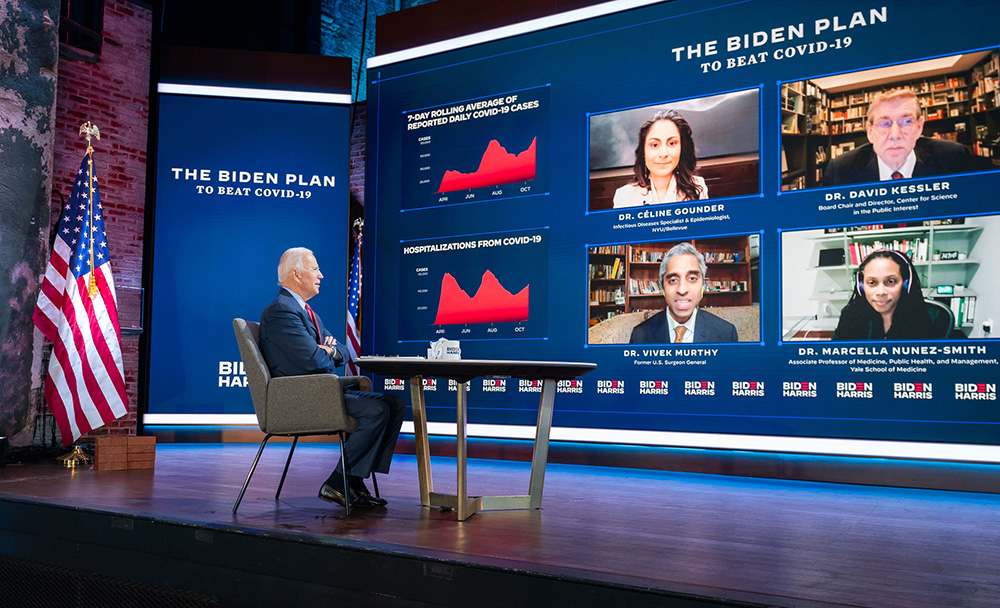 In the weeks ahead, President-elect Joe Biden will settle on selections for important executive branch science policy positions, while his transition team lays groundwork for his administration to tackle pressing issues at science agencies.

Having secured victory in this week’s election, President-elect Joe Biden will now speed his preparations to take office on Jan. 20. With the country still in the grips of the COVID-19 pandemic, public health and economic recovery efforts will be a top priority as he builds up his transition team and begins to name picks for leadership positions within his administration.

Key elements of Biden’s science policy apparatus can also be expected to fall quickly into place. When he was elected vice president in 2008, President Obama’s transition named several high-level science officials before Inauguration Day. And during the campaign this year, Biden himself has made a point of saying his administration would “choose science over fiction.”

As Biden’s transition team shifts to a higher gear, it will start laying groundwork for his administration by helping him choose who to pick for top positions and identify issues requiring immediate attention. Their work will take place largely out of public view, with updates posted on the transition’s official website.