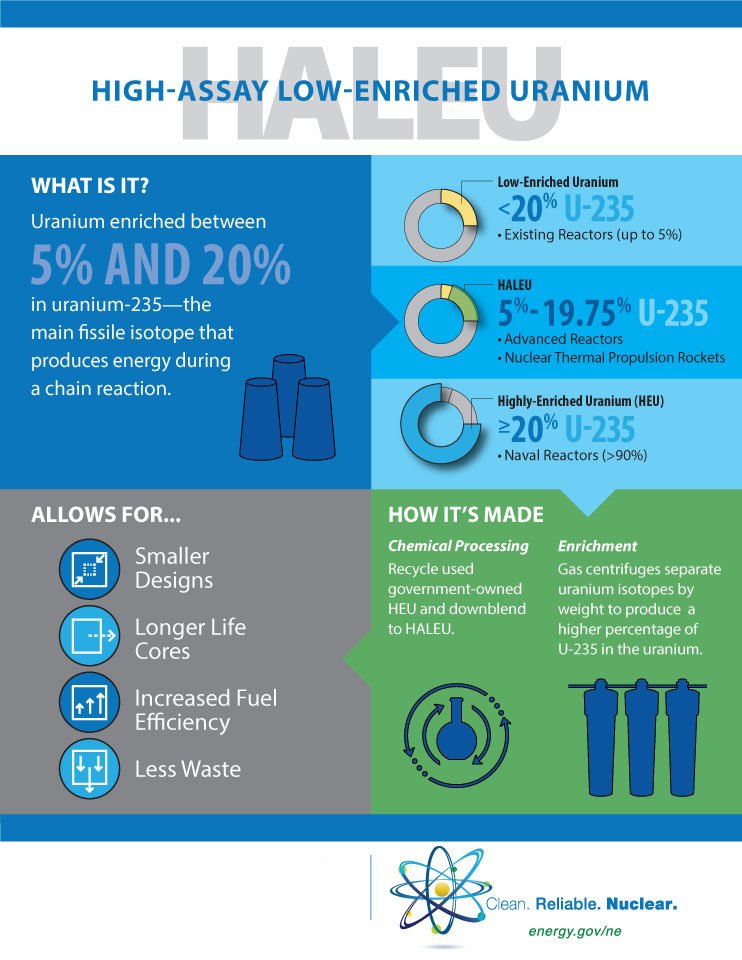 The letter, signed by ANS President Steven Nesbit and Executive Director/Chief Executive Officer Craig Piercy, notes that while many advanced reactor designs—including nine of the 10 designs awarded funding under the Department of Energy’s Advanced Reactor Demonstration Program—require HALEU (uranium enriched to between 5 percent and 20 percent) as reactor fuel, it is currently available only in limited amounts from the DOE via downblending of existing stockpiles of material and from Russian imports.